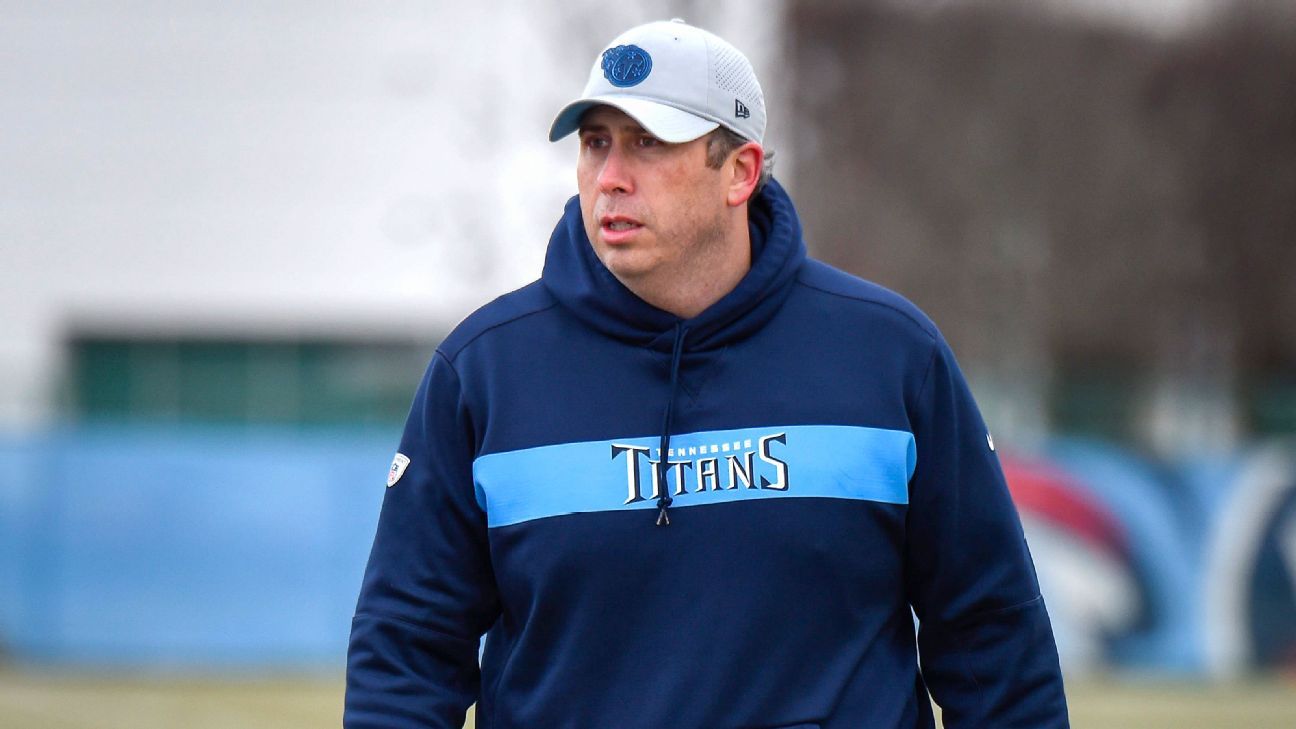 The Atlanta Falcons have made an offer to Arthur Smith to become their next head coach, sources told ESPN’s Dianna Russini.

Smith has served as the offensive coordinator for the Tennessee Titans the past two seasons.

Smith, 38, would replace Dan Quinn, whom the Falcons fired along with general manager Thomas Dimitroff on Oct. 11 after an 0-5 start. Raheem Morris took over as interim head coach and led the Falcons to their only wins of the 2020 season en route to a 4-12 overall record.

Tennessee achieved rare balance under Smith. Running back Derrick Henry’s 2,027 rushing yards were the fifth-best rushing total ever, and he became the eighth player to surpass the 2,000-yard plateau. Titans receiver A.J. Brown finished with 1,075 receiving yards, while teammate Corey Davis ended the season 16 yards short of the 1,000-yard plateau.

• Latest news on open coaches’ jobs in NFL »
• Play the NFL head coach match game »
• Jaguars’ Meyer must answer key questions »
• Why Saleh will be a home run for Jets »
• McManus: What’s next for Eagles, Wentz? »

The Jets announced Thursday night they have reached an agreement in principle with Saleh to be their next head coach.