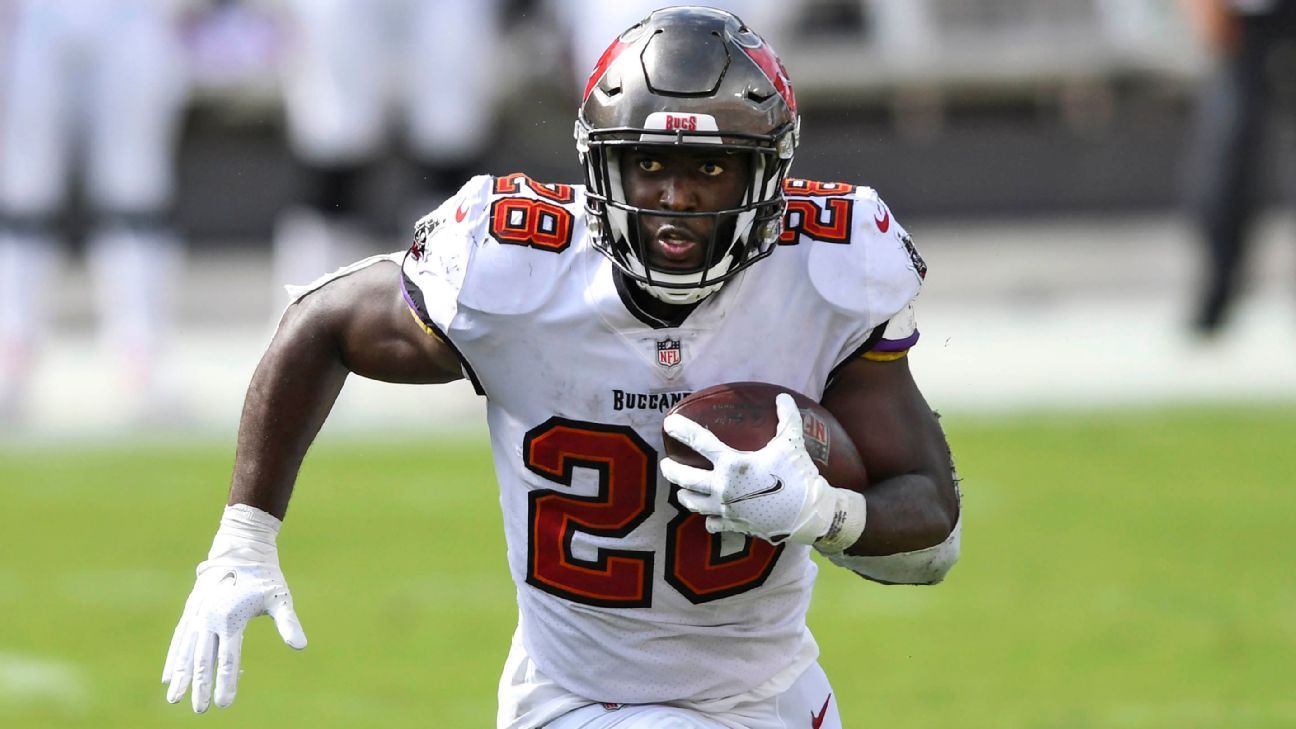 Regular starting running back Ronald Jones, who suffered a quad injury and missed last week’s wild-card game against Washington, will be a “game-time decision,” Arians said.

“Ro, got better today — he’ll be a game-time decision,” Arians said after Friday’s practice, which was conducted indoors on the turf. “But Leonard will start the game, and we’ll see how Ro is and full-speed, then he’ll get his normal reps.”

Even if Jones, who returned to practice on a limited basis Thursday, is able to play, Fournette, who rushed for 93 yards and tacked on 39 receiving yards last week, will still open the game.

“He’s a hell of a player, and he played really, really well last week,” Arians said of Fournette, who didn’t find out that he’d be starting last week until just before the game. “I trusted him all year.”

Fournette acknowledged the challenges of taking on a different role this season in Tampa Bay as a backup, and described it as a “humbling process,” and that he “wasn’t playing as much as he was used to.”

But he believes this step has helped prolong his career. He feels fresher than he ever has in the past finishing out the season, and feels less pressure when surrounded by Tampa Bay’s weapons, including those in his own meeting room.

“At first, I was looking at the bad, by me not getting the ball, but in the end, it’s helping my career longevity,” said Fournette, who was personally recruited by Tom Brady when he was released from Jacksonville. Brady sent him a text message, telling him they could use his help.

“I felt like this was the perfect decision for me,” said Fournette, who turned down another opportunity to go to a team where he would have been the focal point of the offense, but instead chose Tampa Bay. “I love it here, to be honest. We have a brotherhood that’s going fine right now. We working our tails off each and every day to make each other better.”

Arians praised Fournette for embracing a different type of role and putting the team first.

“He’s been great. As soon as he got here, we explained what the situation was: ‘Your role can change at the drop of a hat,'” Arians said. “Just like it did last week. And, ‘Be ready.’ And he has. He’s practiced hard, he’s prepared and I can’t say enough about him – he’s a heck of a player and he’s doing a good job.”

The pandemic is making the wealth divide in housing worse