Wayne Rooney quits playing to take over at Derby County 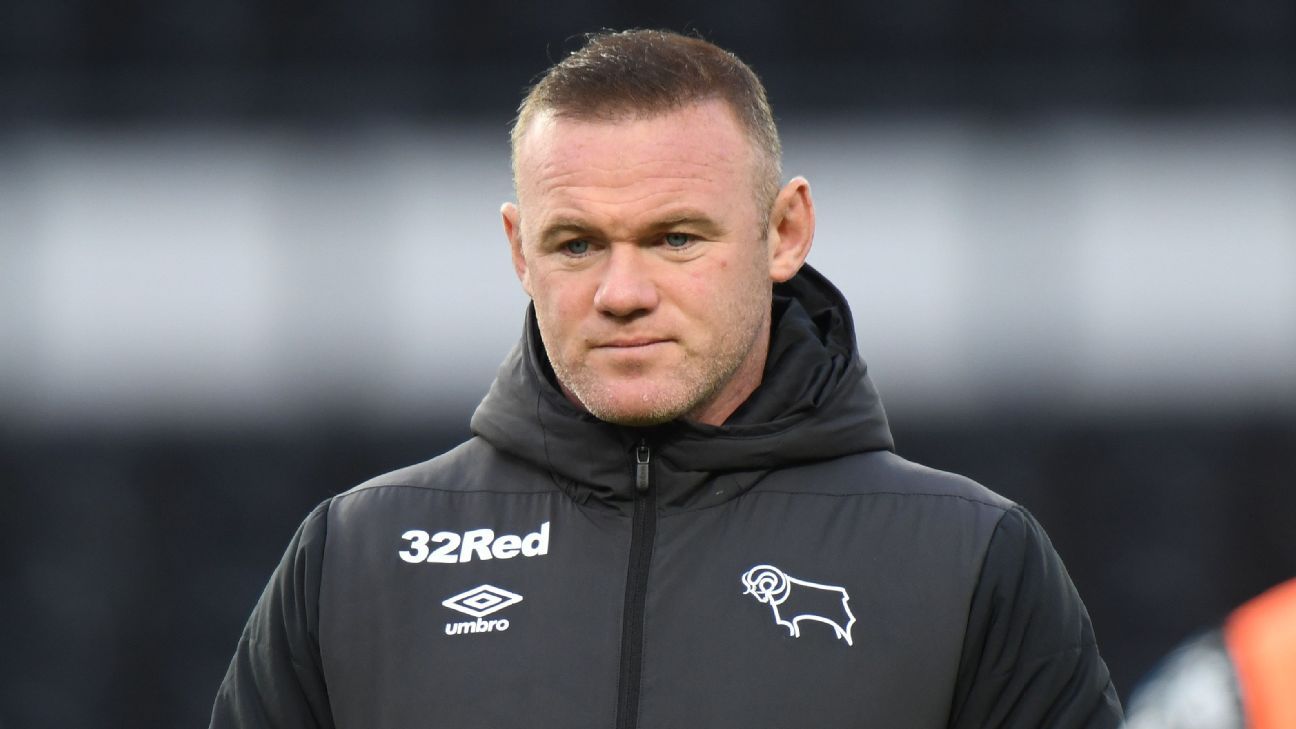 
Wayne Rooney has retired from football after being appointed as permanent manager of Derby County on a two-and-a-half-year contract.

Rooney, the former England and Manchester United forward, had been in caretaker charge of the EFL Championship club since the departure of Phillip Cocu in November.

“When I first arrived back in the United Kingdom I was completely blown away by the potential of Derby County Football Club,” Rooney said in a statement. “The Stadium, training ground, the quality of the playing staff and the young players coming through and of course the fan base that has remained loyal and supportive.

“Despite other offers I knew instinctively Derby County was the place for me. To be given the opportunity to follow the likes of Brian Clough, Jim Smith, Frank Lampard and Phillip Cocu is such an honour and I can promise everyone involved in the club and all our fans, my staff and I will leave no stone unturned in achieving the potential I have witnessed over the last 12 months of this historic football club.”

Chief executive Stephen Pearce added: “We are delighted to confirm the appointment of Wayne Rooney as our new manager.

“Our recent upturn in results under Wayne was married together with some positive performances, notably the 2-0 home win over Swansea City and the 4-0 victory at Birmingham City.

“During that nine-game run we also dramatically improved their defensive record and registered five clean sheets in the process, while in the attacking third we became more effective and ruthless too.

“Those foundations have provided a platform for the club to build on in the second half of the season under Wayne’s guidance.”

Since taking temporary charge, Rooney, who was a player-coach since arriving in January 2020, has taken training alongside coaches Shay Given, Liam Rosenior and Justin Walker.

Rooney, who played for D.C. United in MLS between 2018 and 2020, had said in November that he would retire from professional football if he was given the Derby job on a full-time basis.

The 35-year-old has overseen an upturn in form that saw them lose only once in eight games. However, they have lost three of their past four fixtures, including an FA Cup third-round exit against non-league Chorley that was overshadowed by a coronavirus outbreak.

Rooney started his career at boyhood Everton and became the then-youngest Premier League goal scorer at the age of 16 with a stunning late winner against Arsenal in October 2002.

A captain.
A goalscorer.
A legend.

Happy retirement, @WayneRooney – thank you for the memories ❤️ pic.twitter.com/ZGxe1xr3tR

In 2004, he joined United for £27 million to become the world’s most-expensive teenager. He stayed at the club for 13 years, and during that time he won five Premier League titles, an FA Cup, the League Cup four times, the Europa League, Champions League and FIFA World Club Cup.

In 2017, he became the club’s all-time leading goal scorer with his 250th in a 1-1 draw with Stoke and left at the end of the campaign with a total of 253 to rejoin Everton.

He left after 18 months at Goodison Park to join D.C. United, where he stayed for two seasons before moving to Derby in 2019.

Rooney retired from international football with England in 2018 as the country’s record goal scorer with 53 in 120 appearances. He played in three World Cups.