For the first time in over 100 years, Virginia won’t celebrate Lee-Jackson Day 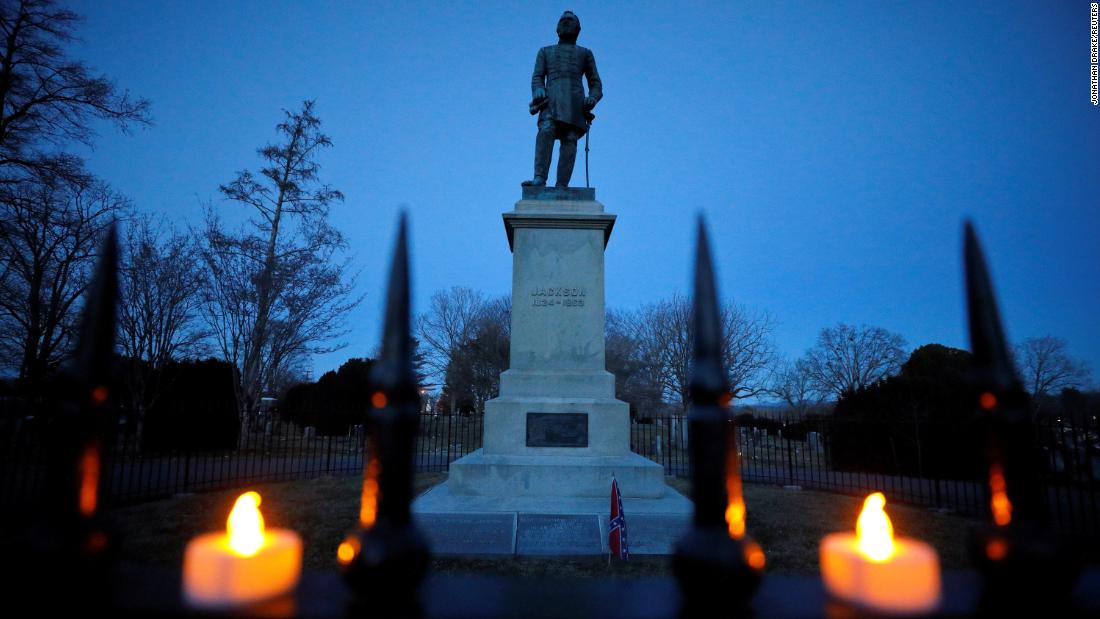 Last February, state lawmakers in Virginia passed a bill that would swap the holiday honoring the Confederate generals for Election Day.

The bill was among Gov. Ralph Northam 2020 legislative proposals.

“We need to make Election Day a holiday,” he said last year. “We can do it by ending the Lee-Jackson holiday that Virginia holds … It commemorates a lost cause. It’s time to move on.”

Defenders of the holiday argue that it honors Virginia history.

But Confederate symbols have become increasingly unpopular for their association with pro-slavery activists and racism.

Both Lee and Jackson, Virginia natives, owned slaves and fought to preserve slavery in the US.

The state of Virginia has grappled with its Confederate past in recent years.

Last June, a crowd of protesters in Richmond, Virginia, brought down the statue of Jefferson Davis, the president of the Confederacy.

In July, local politicians removed a statue of Lee and several busts honoring Confederate figures, including Jackson, from the statehouse.

“Virginia has a story to tell that extends far beyond glorifying the Confederacy and its participants,” Eileen Filler-Corn, speaker of the Virginia House of Delegates, said at the time.
In December, the Virginia Military Institute removed a statue of Jackson from its campus, relocating it to a Civil War museum. That same month, a statue of Lee was removed from the US Capitol by the state of Virginia, with Northam opting to replace it with one of Barbara Johns.
Though Lee-Jackson Day won’t officially be observed by the state, in Lexington, Virginia, an annual two-day celebration is still planned, according to a website for the event. Organizers wrote on the website, however, that in-person seating is limited this year due to Covid-19.