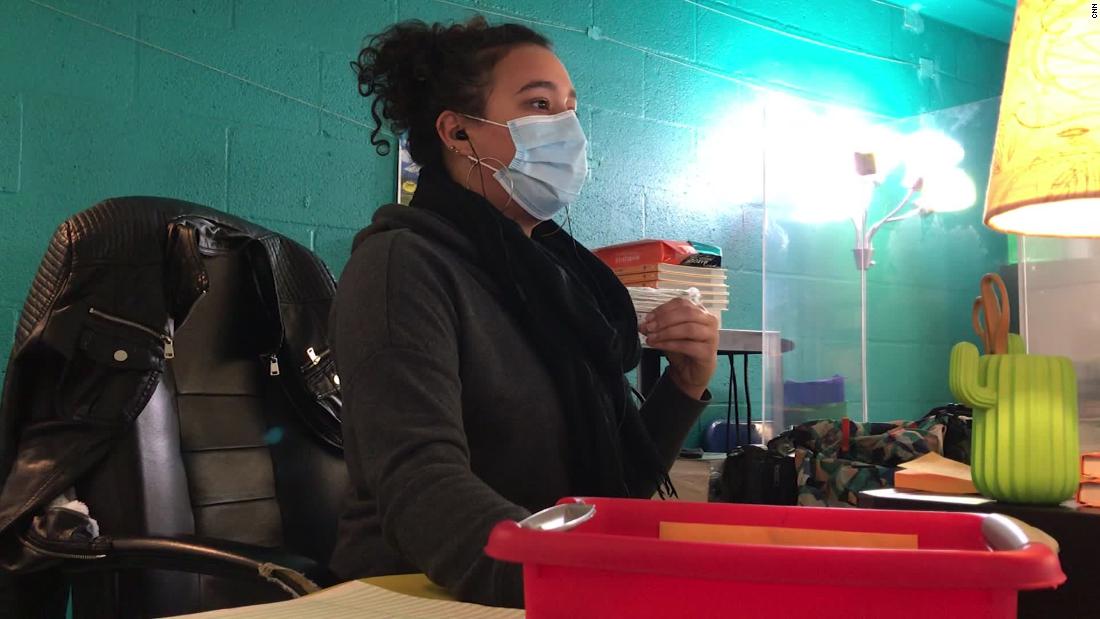 She scrambled to set up virtual lessons for her fifth-grade language arts students in the spring. By fall, she was excited about returning to the classroom, but on just her second day back she became so concerned at the conditions in her Houston school that she took part in a sick-out with other teachers.

Now, she wants the vaccine against Covid-19 to be prioritized for her and all other teachers to keep them safe at their schools.

“I’m all for teachers being put on a higher list because we are around so many,” she told CNN.

President-elect Joe Biden has put out a plan to spend $160 billion to execute a national vaccination program, expand testing and mobilize a public health jobs program, among other measures. He’s also asked for $50 billion to expand Covid-19 testing, some of it earmarked to meet his goal of getting schools back open safely.

Dr. Anthony Fauci, director of the National Institute of Allergy and Infectious Diseases, said getting children back into school and staying there would be one of his key goals when he becomes chief medical adviser to the incoming administration.

“The idea of vaccinating teachers is very high up in the priority, as well as doing surveillance in the schools so that you can get a good feel for the penetration of infection,” he said last month.

Guidelines from the Centers for Disease Control and Prevention put teachers in the second tier of vaccine recipients, recommending they should be vaccinated along with other frontline essential workers like grocery store staff and police officers, once healthcare personnel and residents of long-term care facilities are protected.

But it’s up to individual states to make their own priorities, so while some like California are following CDC guidance, it is not mandatory.

In Florida, Gov. Ron DeSantis decided to open up vaccines to anyone over 65, sparking overwhelming demand.
In Texas, where Gill is teaching, Gov. Greg Abbott said in December he wanted teachers “near the front of the line.” But CNN affiliate KTRK reported last week that while Houston fire and police officers were getting their shots, teachers were still waiting.

Alarm at deaths of teachers

Evidence suggests that schools, especially elementary schools, are not the superspreaders many feared. Cities that have seen increased positivity rates from coronavirus testing like Miami have managed to keep schools open without a spike in cases among students and faculty.

But teachers have been infected and some have died.

Zelene Blancas, a healthy 35-year-old first-grade teacher in El Paso, Texas, spent months in the hospital before she died of Covid-19 complications.
Philamena Belone, 44, taught third graders in an oxygen mask after first being hospitalized for coronavirus treatment but had to go back when she couldn’t breathe by herself. Also previously healthy, she died in December in Albuquerque, New Mexico.
Stories like these have shocked and alarmed teachers. Gill told CNN last year she felt like she was being asked to choose between her students and her health.

“I’m walking into a room where I actually don’t really know what I’m breathing in,” she said. “A lot of our schools have really, they’re very old and … their AC units are very, very old.”

Gill says she knows people who are leaving the profession. She is stressed but she’s doing her best to let that go and come to terms with the situation until she can be vaccinated and feel safer.

For now though, she’s using some of the same protective techniques used by frontline medical staff.

“Before I go to my boyfriend’s house, I’ll change my clothes and make sure that I’ll take a shower and stuff because I feel like I might be bringing something to the people that I care about,” she said.

US Election 2020: What do countries around the world want from Joe Biden?