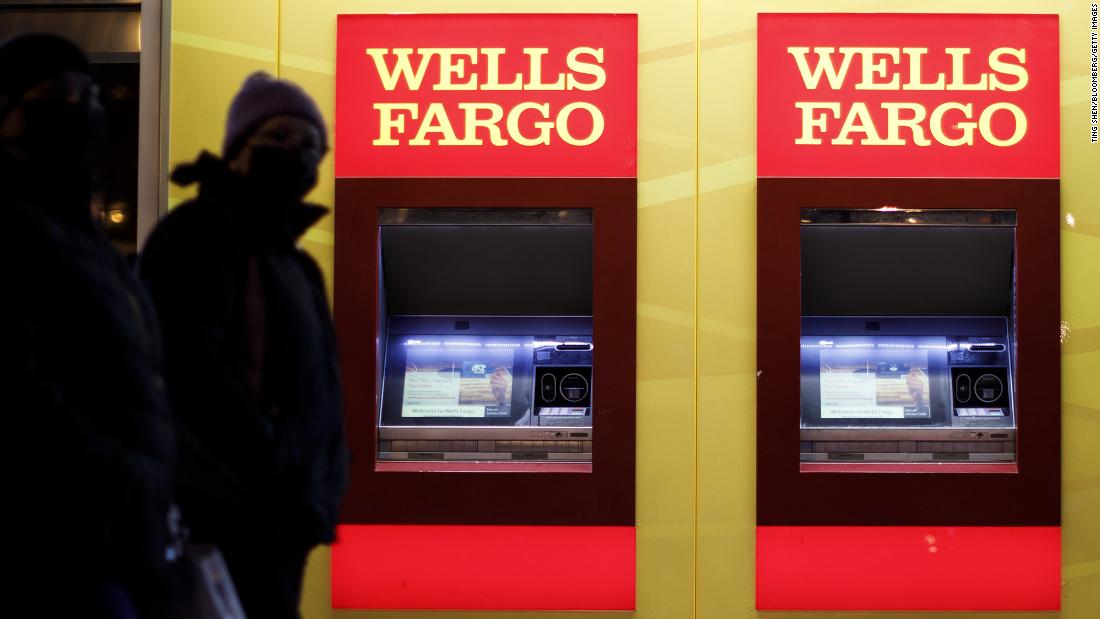 Charlie Scharf, Wells Fargo’s fourth CEO since the fall of 2016, acknowledged the toll on the bank’s bottom line.

“Our results continued to be impacted by the unprecedented operating environment and the required work to put our substantial legacy issues behind us,” Scharf said in a statement.

Despite the legal troubles, Wells Fargo managed to grow its fourth-quarter profit by 5% to $3 billion. That’s because in the prior-year period Wells Fargo set aside $1.5 billion for litigation expenses linked to its scandals.

But the bank disappointed Wall Street by reporting a 10% slide in revenue to $17.9 billion. The bank’s shares fell more than 3% in premarket trading, eating into its 2021 gains. Last year, Wells Fargo lost 44% of its value, far outpacing the losses among other big banks.

The bank is really hurting from extremely low interest rates, which make it hard for lenders to make money. Net interest income, a key metric of profitability, plunged 17% because of low rates and fewer loans.

By contrast, rival JPMorgan Chase (JPM) reported a record quarterly profit Friday, boosted by its Wall Street arm.
Unlike its rivals, Wells Fargo can’t outrun low rates by either lending more or spending less. That’s because Wells Fargo is still operating under an unprecedented asset cap imposed by the Fed three years ago. Those sanctions limit Wells Fargo’s ability to lend and requires it to spend more to resolve its compliance problems.

ColdSnap is a Keurig-like machine for soft serve ice cream