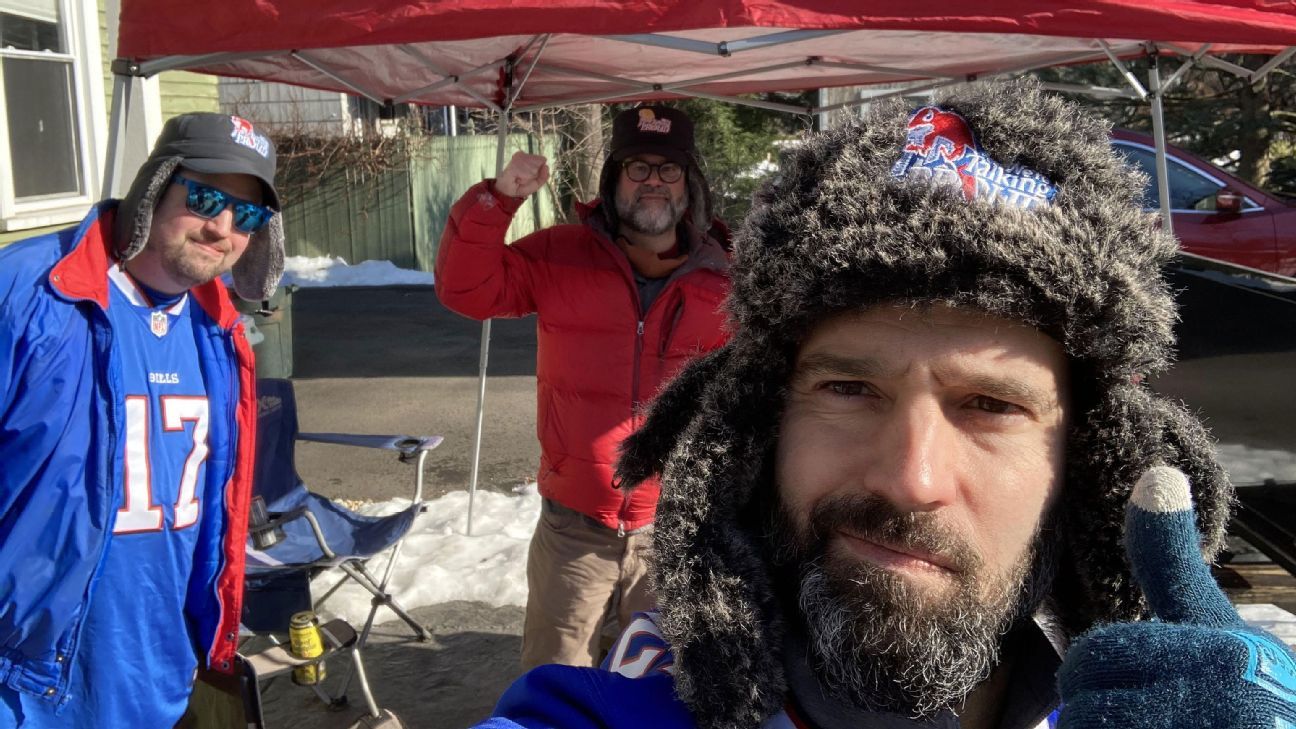 There aren’t many other ways to put it, particularly for Buffalo Bills fans, as the coronavirus pandemic has kept them from witnessing the team’s playoff run in person until last weekend. While 6,772 fans will be inside Bills Stadium to see the team’s AFC divisional-round game Saturday against the Baltimore Ravens (8:15 p.m., ET, NBC), the rest will have to get creative.

The Transit Drive-In, a Buffalo-area theater, has opened its gates for viewings of Bills games in the past and plans to do so Saturday.

But even as fans find new ways to enjoy Bills games in lieu of the trademark tailgates around the stadium — including a block party in downtown Buffalo — some have opted for a more relaxed approach at home. With a state-imposed 10 p.m. curfew in effect for outdoor dining at bars and restaurants (and even concession stands in Bills Stadium), they don’t have much of a choice.

Ken Obstarczyk hoped to travel with the team this season after witnessing the Bills’ wins in Dallas and Pittsburgh in 2019, but those plans wilted once the realities of the 2020 season set in. He used to have season tickets with his father, also named Ken, but that has evolved into a trip to his dad’s house in Williamsville, New York, and a day full of beverages and Bills football.

“We were saying that out of all the years the Bills are supposed to be a solid team and do great things, they do it in a year where no one can actually witness it,” he laughed. “The Bills-iest thing to do would be to actually win the Super Bowl and have everyone not be able to celebrate.”

Obstarczyk figured it was only right to spend last Saturday’s game, the Bills’ first home playoff game in 25 years, with the same man he has watched “so many awful games” with.

It went smoothly for the most part — until that all-too-familiar feeling crept in as Indianapolis mounted a comeback toward the end of Buffalo’s 27-24 win against the Colts.

“You get to that moment where, it’s a ‘Buffalo moment,'” he said. “[The Colts] started crawling back, [Bills QB] Josh Allen fumbles at the end and it’s like, ‘is he making that mistake that everybody wants him to make?’ [Buffalo] managed to pull it off, it was a great experience, and I was glad I was with my dad and able to experience that with him.”

Like the Obstarczyks, Jason Hahl did the same from his home in East Aurora, New York; well, outside of his home, technically.

Hahl said he has set up an outdoor television to watch games so frequently that it now has an increasingly permanent spot in his dining room between game days — for ease of access, in lieu of bringing it all the way back to the basement.

Sometimes he’ll be by himself, other times he will have a few people with him, but Hahl has watched nearly every Bills game this season via his outdoor setup. He said he doesn’t care how cold it is, either, although sometimes he’ll build a fire, when necessary.

However, last weekend Hahl was forced to put a canopy up, and not because of the temperature, which was just above freezing.

“It was so sunny that you actually needed a canopy to protect from the glare,” he said. “We could barely see the TV, so we put a canopy up in January because it’s too sunny.”

If he can’t be at games, spending game days outdoors feels like the next best thing. Turns out, he’s not the only one in his neighborhood with the idea.

Hahl said he has heard his neighbors doing the same, especially during the Bills’ past few games — although their celebrations have been a bit staggered.

“Because everybody’s streaming the game through a different service, you will hear one family erupt and scream, then another,” he said. “It’s kind of going off like fireworks around you because of the delay between plays. It’s another interesting outdoor pandemic phenomenon.”