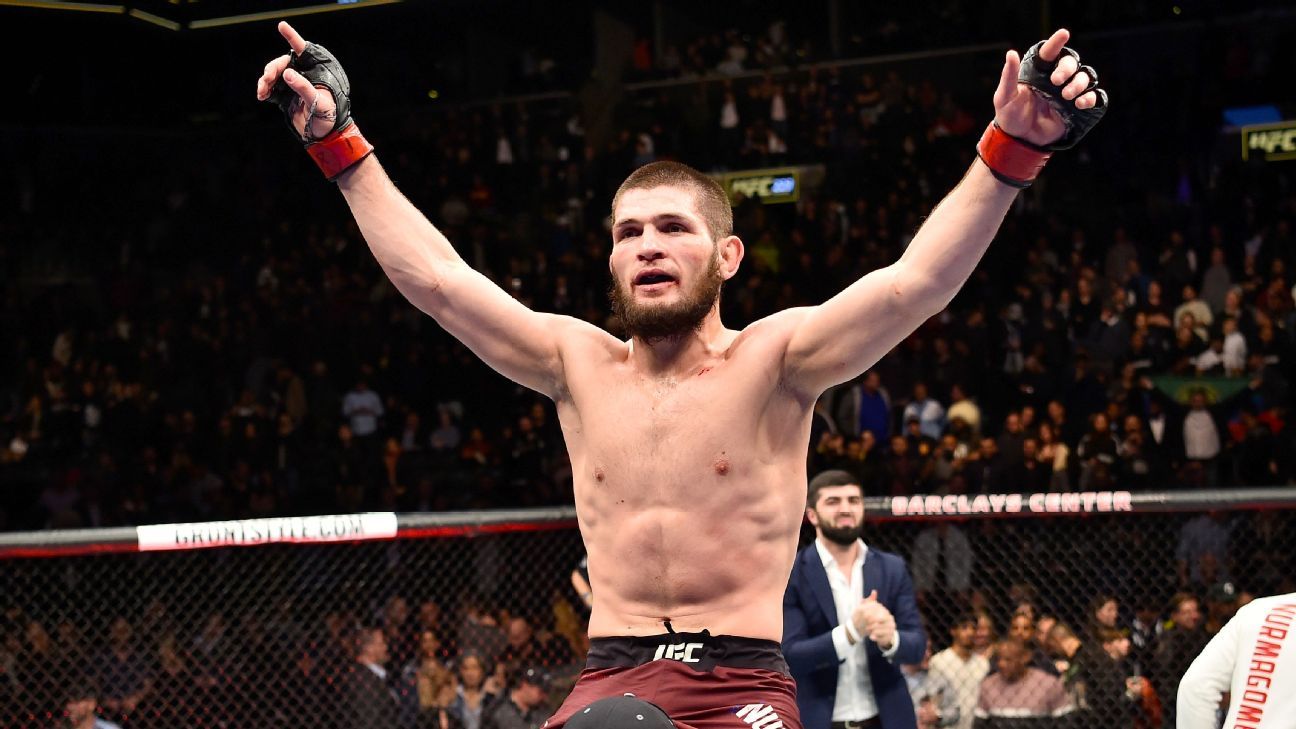 Promotion president Dana White said that if the two lightweight fights next week — Conor McGregor vs. Dustin Poirier and Dan Hooker vs. Michael Chandler — are spectacular, Nurmagomedov would consider coming back to fight one of the winners.

“If these guys could do something special, Khabib will fight them,” White said Saturday on the UFC Fight Night: Holloway vs. Kattar broadcast from Abu Dhabi

Nurmagomedov has a chance to go a perfect 30-0 with a win in a potential comeback fight.

Nurmagomedov, one of the most prominent Muslim athletes in the world, and White met in person backstage during a UAE Warriors MMA event Friday night in Abu Dhabi that was co-promoted by Nurmagomedov’s new Eagle FC organization.

In October, Nurmagomedov surprisingly announced his retirement after a second-round submission win over Justin Gaethje at UFC 254. Leading into that bout, Nurmagomedov was grieving over the death of his father last summer due to complications from COVID-19. Nurmagomedov’s father, Abdulmanap, was also his head coach and closest confidant.

Nurmagomedov (29-0) is ESPN’s top-ranked pound-for-pound fighter in the world. The Dagestan, Russia native has won all 13 of his UFC fights, a record for most consecutive UFC lightweight victories. Nurmagomedov, 32, owns the longest lightweight title reign in UFC history and is tied for the most UFC lightweight title defenses (3). He has beaten the likes of former champions Gaethje, McGregor, Poirier and Rafael dos Anjos.

Follow live: Aaron Donald and the Rams look to slow down Aaron Rodgers and Packers at Lambeau Field