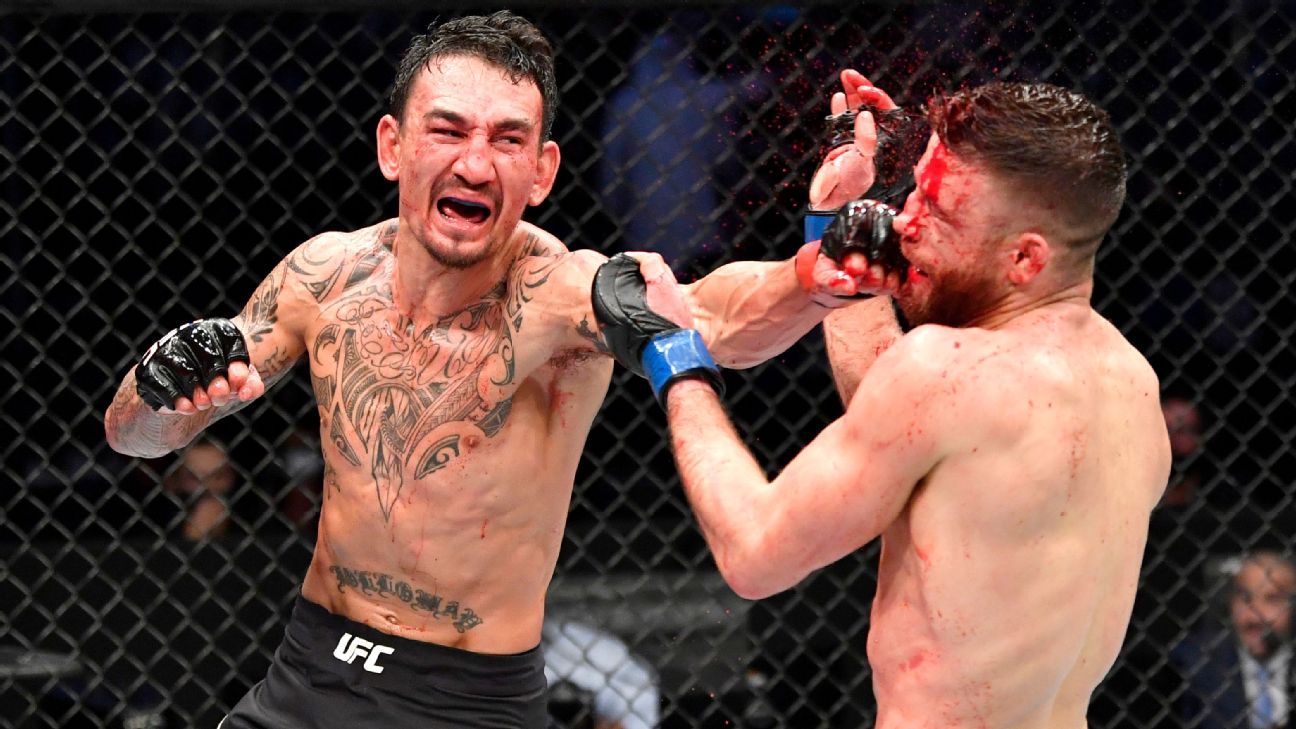 
Maybe Allen Iverson was right after all. Maybe practice is overrated.

Or, in the case of MMA, maybe sparring is overrated.

Max Holloway told me Wednesday that for the second straight fight, he didn’t spar leading up to it.

While other fighters have done this, it’s not common in the sport. Most fighters swear by sparring, saying it keeps them sharp leading up to a big fight.

The first time he didn’t spar for a fight was prior to the Alexander Volkanovski featherweight title rematch in July. Yes, he lost that fight, but a lot of people, including myself, thought he won. He looked great, especially early on. That performance paled in comparison to what he did Saturday evening against Calvin Kattar.

This fight was one of the best showings of Holloway’s illustrious career, and that is saying a lot because he has given us many classics over the years. The output, the determination, the will, the strikes, the trash talk. It was a masterpiece. I’m still blown away as I type this almost an hour later.

This was everything the UFC’s network debut on Fox over nine years ago — Cain Velasquez vs. Junior dos Santos — wasn’t. A full-on battle between two of the best the sport has to offer. I’d like to think fans all across America were calling their friends after Round 1 and telling them to put it on. That’s the beauty of network television. Of course, fans were ready to do that nine years ago, but dos Santos just didn’t give them enough time, scoring a 64-second KO.

You can’t tell the story of this fight without talking about Kattar’s heart and will. The fact that he survived all 25 minutes was unreal. I thought the fight was going to be stopped at some point during each of the five rounds, yet he kept on coming. And he kept on fighting.

Now, a lot was made about Kattar’s team, the New England Cartel, leading up to this fight. Their head coach, Tyson Chartier, is one of the best in the game, but I do think the fight should have been stopped in the fourth round. The damage Kattar had taken by that point was immense, and it was clear he wasn’t going to beat Holloway.

This is the kind of fight that can change an athlete’s life, and I sincerely hope Kattar returns to the form he was in prior to this, because it was the best run of his career. So good, as a matter of fact, that the talk was that a win over Holloway would lead to Kattar getting a title shot.

So, does that mean Holloway is fighting for the belt next?

Well, if Ortega beats Volkanovski on March 27, the answer should be a resounding yes. No doubt about it. Holloway already has a win over Ortega. Easy rematch to make.

But what if Volkanovski wins? He’s already 2-0 against Holloway, after all.

Normally, I’d be very against an immediate third meeting, just like I was very much against the idea of Joseph Benavidez fighting Demetrious Johnson for a third time after going 0-2 against the then-flyweight champion back in the day.

The difference is, Johnson knocked out Benavidez in the first round of their second meeting, while Holloway arguably beat Volkanovski last time out in a close fight that went to a decision.

You telling me with a straight face you don’t want to see this Holloway, who’s still just 29 years old somehow, fight for the belt again? Of course you do. And so do I.

And hey, here’s hoping Holloway doesn’t spar before that one, too.

The Cleveland Browns put a similar smackdown on their rival Pittsburgh Steelers last weekend after not practicing all week, and now Holloway does this on the biggest stage possible.

Are women let down by period trackers?

The Instagrammers who worry Iran

Peter Bol: The Sudanese-Australian runner who lifted a…