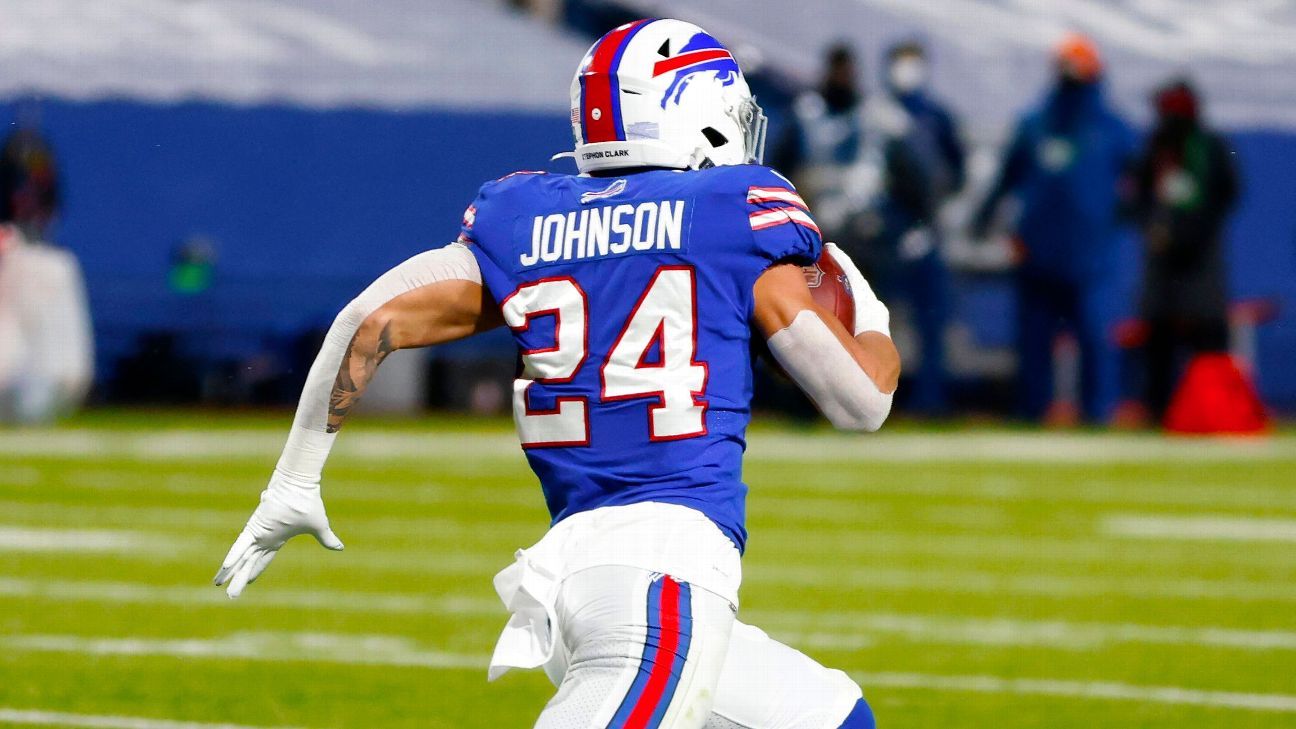 
On a night with few offensive fireworks, it was fitting that the biggest play came on a 101-yard interception return for a touchdown by Buffalo Bills cornerback Taron Johnson.

The Bills had just gone ahead 10-3 in the third quarter, but the Ravens were mounting a long drive and were knocking on the door for a potential game-tying touchdown when quarterback Lamar Jackson didn’t seem to see Johnson cut underneath on a throw into the end zone.

Johnson, in his third year out of Weber State, wasn’t touched as he took off to the end zone, with the speedy Jackson unable to bring him down.

It was Jackson’s first career red-zone interception. Entering Saturday night, he had 49 touchdowns and no interceptions in the red zone in his career (including playoffs).

Jackson hit 20.66 MPH trying to chase down Johnson, whose max speed was 20.39 MPH on the play. It was the 3rd-fastest Lamar has been clocked in his NFL career.