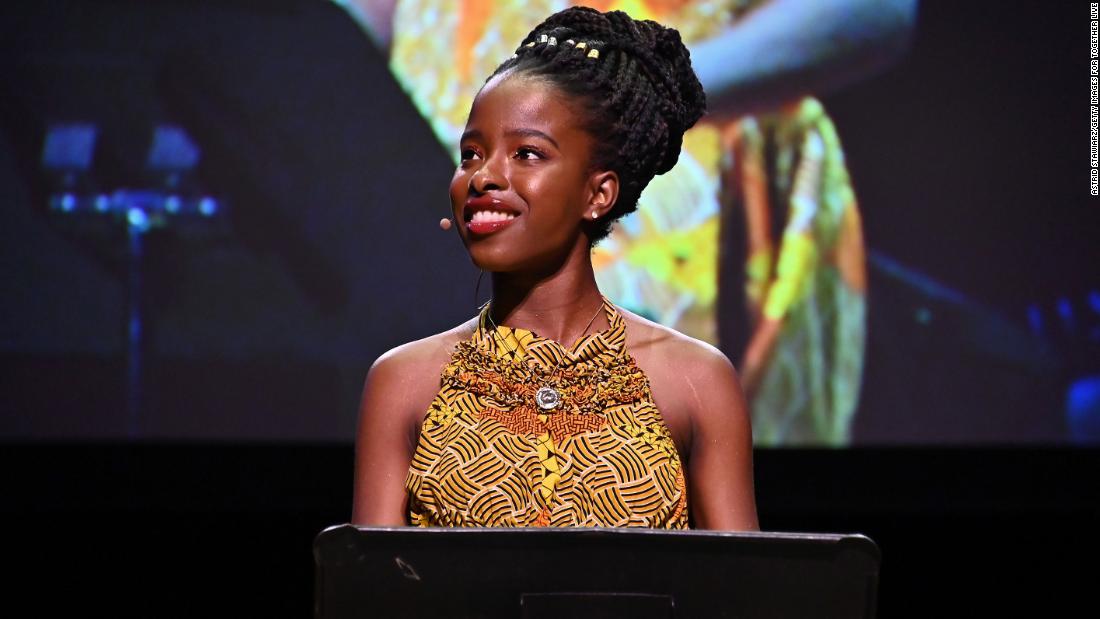 Typically, it takes the nation’s first-ever youth poet laureate days to craft a new poem. She finished this one immediately.

“It was like someone pressed the on-switch in my brain,” Gorman told CNN Friday. “I finished the rest at home that night.”

Come Wednesday, Gorman will participate in a ceremony whose theme has long been billed as a call to national unity — a plea made ever more urgent after last week’s violence and a nation riven by political divisions and struggling with the ongoing pandemic. Those thoughts will be with the 22-year-old Gorman as she speaks.

“As I was crafting this piece, it was really trying to communicate a message of joining together and crossing divides,” Gorman said. She believes Biden and Vice President-elect Kamala Harris will “spearhead a new chapter in America, which we so desperately need — one of dignity, and integrity, and hope and unity, because there’s a lot that needs to get done and a lot that needs to be fixed. And I think that they’re the people to do it.”

Though the inauguration will look different and be vastly pared down due to the Covid-19 pandemic, Gorman will be among the few performers, including Lady Gaga and Jennifer Lopez, to join Biden and Harris for their swearing-in ceremony.
Millions of Americans will hear from Gorman, who is Black, ahead of Harris taking the oath of office to become America’s first female, first Black and first South Asian vice president.

Gorman is no stranger to grand stages. She’s recited her poetry at the Library of Congress, Boston’s Symphony Hall, the Empire State Building’s observation deck and all across the country, performing for such luminaries as Hillary Clinton, Al Gore and Lin-Manuel Miranda.

For Wednesday’s work, she drew inspiration from the two poems read at Barack Obama’s inauguration — Richard Blanco’s 2013 “One Today” and Elizabeth Alexander’s 2009 “Praise Song for the Day” — and writers, like Walt Whitman and Frederick Douglass, whom she feels have spoken to the ideals of a nation.

Born and raised in Los Angeles by a single-mother who was a 6th-grade English teacher, Gorman started writing poems when she was a child, but found it terrifying to perform due to a speech impediment. Biden has struggled with a stutter, Gorman said, and another inauguration poet Maya Angelou — who delivered the poetry reading for Bill Clinton’s first inauguration — was mute for several years when she was a child.

Gorman pushed herself to overcome the fear of speaking in public by drawing confidence from great orators like Obama and Martin Luther King Jr., and she practices songs from the Broadway musical “Hamilton.”

She also recites a mantra to herself before every poetry performance to gather herself: “I am the daughter of Black writers, who are descended from Freedom Fighters, who broke the chains who changed the world. They call me.”

Gorman told CNN she’ll rehearse her inaugural poem “back to front” several times in her bathroom mirror and practice performing over “discorded music” to prepare for possible distractions.

Her poems often focus on political issues, such as inequality and climate change, tuned to the tenor of the times.

She wrote “We Rise” after watching Christine Blasey Ford’s moving testimony on Capitol Hill during the Senate confirmation hearings for Justice Brett Kavanaugh.“We the People“ was conceived after what she described as the “big emotional, psychological political shock” she went through after Trump was elected. And “The Miracle of Morning,” performed on CBS’s “This Morning” last year, addressed the loss and grief Americans felt from the Covid-19 pandemic.

Now, she’s set to address an especially traumatic moment in American history in the wake of the domestic terror attack on the Capitol.

“What that informed me as a poet is the importance of writing the poem with honesty and writing a poem that didn’t turn a blind eye to that division and discourse that we saw, but really shed light on it,” she said. “That’s something that I really stood by in this poem and have been proud of — in that it doesn’t gloss over all that America is and all that we’ve been challenged with.”

She continued, “It’s really sitting in the wounds and the scars that we have, so that we can then move onto healing and move on the progress that needs to happen.”

CORRECTION: An earlier version of this story misstated Maya Angelou’s childhood speech impediment. She was mute.