Andres Guardado: L.A. inquest into a fatal police shooting backs earlier conclusion that it was homicide 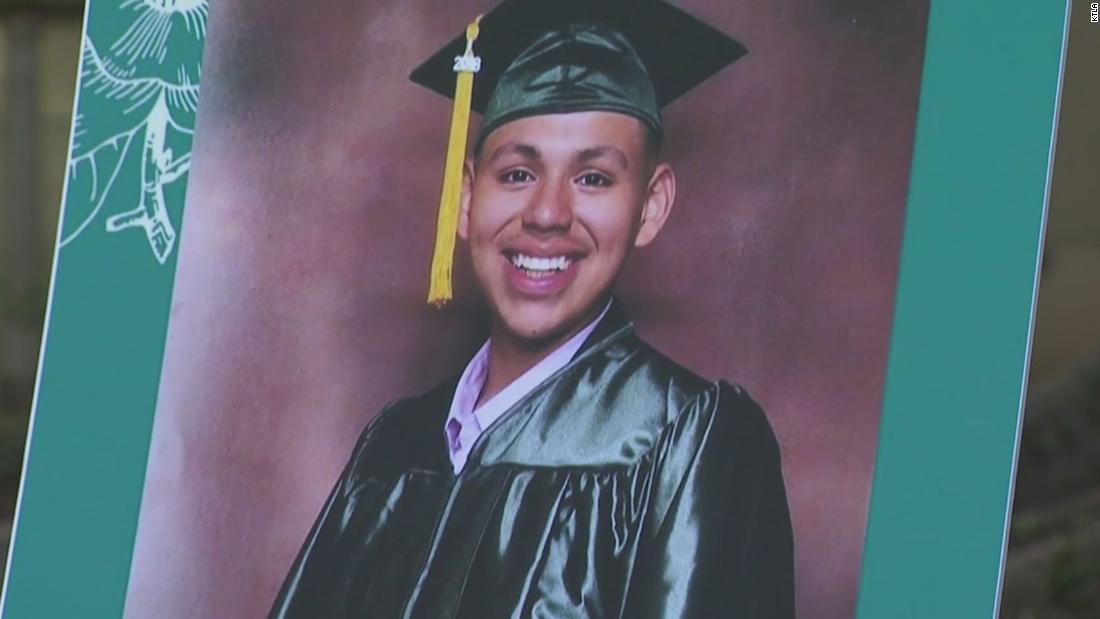 In a four-page document, retired Justice Candace Cooper said that “the medical cause of death was multiple gunshot wounds” and “the manner of death was by the hands of another person other than by accident.”
The death of the 18-year-old Latino man happened amid widespread protests across the country, sparked by the police killing of George Floyd in Minneapolis, racial injustice and the relationship between police and communities of color.
On June 18, Guardado was pursued by sheriff’s deputies after he reportedly displayed a handgun, looked toward the deputies and ran from an auto body shop, according to the L.A. County Sheriff’s Department. Attorneys representing the Guardado family have disputed those claims.

In July, an independent autopsy ordered by Guardado’s family found the teen was shot five times in the back. The county coroner’s office came to the same conclusion. Guardado’s manner of death was certified a homicide.

On November 10, the county coroner’s office called for an inquest “in the interest of public transparency” after questions arose about deputies’ use of force. The inquest was held on November 30.

“In the nearly five months since Andres Guardado was killed, the Los Angeles County Sheriff’s Department has failed to be transparent in its investigation into the circumstances, manner and cause of Andres’ death,” Adam Shea, an attorney for the family, said in November.

The inquest’s findings will be forwarded to the sheriff’s department as well as the Los Angeles district attorney, according to the report.

The judge also noted in the findings that she will “not pursue the Fifth Amendment issues” raised during the inquest.

Los Angeles County sheriff’s deputy Miguel Vega, who fired the deadly shots, submitted a declaration “indicating that if he were to appear and be questioned at the inquest, he would assert his Fifth Amendment right not to testify.”

Vega’s attorney Adam Marangell previously told CNN that, “Guardado refused multiple commands not to reach for a gun, forcing deputy Vega to fire his weapon in fear for his life.”

The sheriff’s department in December announced that Vega was relieved of duties in response to an unrelated investigation into a traffic accident in April. A second officer was also relieved in connection with the same incident.

CNN has reached out to the Los Angeles County Sheriff’s Department and Vega’s attorney for an additional comment.