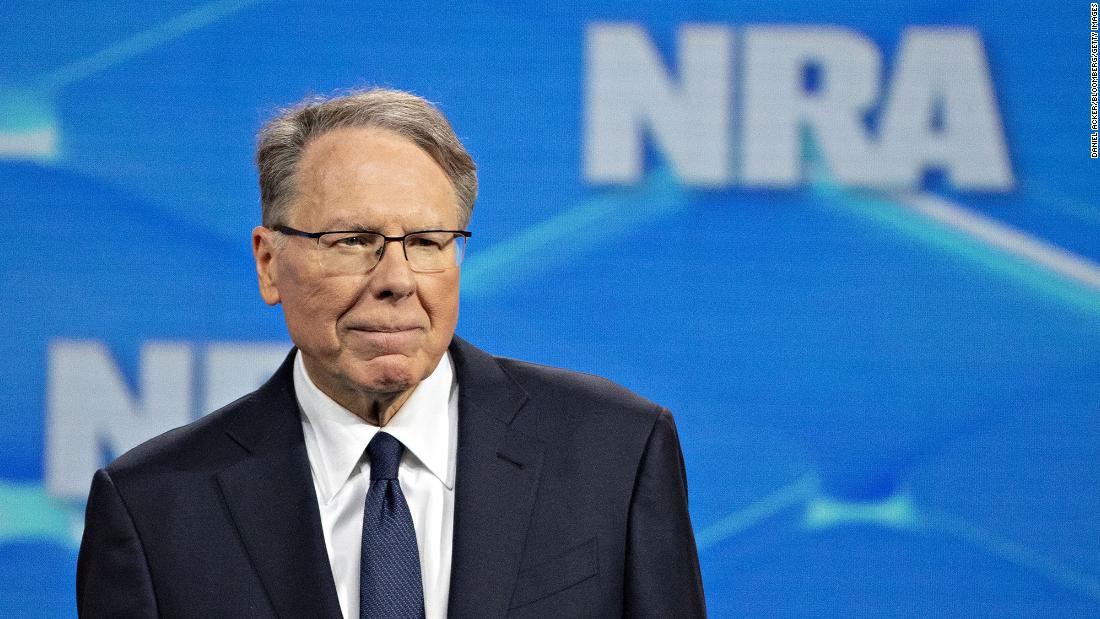 The group said it plans to leave New York State, where it was founded in 1871, and reincorporate as a Texas nonprofit in a move it is calling “Project Freedom,” according to a statement published Friday.
New York Attorney General Letitia James filed a lawsuit in August accusing the NRA’s senior leadership of violating laws governing nonprofit groups and using millions of dollars from the organization’s reserves for personal use and tax fraud.

James alleged that current and former NRA leadership “instituted a culture of self-dealing mismanagement” that benefitted themselves, family, friends and favored vendors, leading the organization to lose more than $63 million in three years.

In response, the NRA filed a countersuit alleging the attorney general was hampering the group’s First Amendment rights.

She added, “while we review this filing, we will not allow the NRA to use this or any other tactic to evade accountability and my office’s oversight.”

“This strategic plan represents a pathway to opportunity, growth and progress,” Wayne LaPierre, the NRA’s CEO and executive vice president, said in a statement Friday. “The NRA is pursuing reincorporating in a state that values the contributions of the NRA, celebrates our law-abiding members, and will join us as a partner in upholding constitutional freedom.”

The NRA said Friday it is in its “strongest financial condition in years,” but the restructuring will help to “streamline costs and expenses.” In a Q&A published on its website, the group said it is not admitting to mismanaging donor funds, and that it does not expect any impact to NRA programming. Its headquarters currently remain in Fairfax, Virginia.
In 2019, the NRA operated at a $12.2 million deficit, according to the NRA’s 2019 990 tax return, which was obtained by CNN in November. The filing also stated that the NRA became aware of a “significant diversion” of its assets in 2019 and previous years, and that LaPierre paid back nearly $300,000 plus interest in funds for the expense.
According to OpenSecrets.org, a site run by the Center for Responsive Politics, the NRA has spent a total of $139 million on campaigns and lobbying since 2000. But its real political power comes from its five million members, many of whom base their vote on candidates’ support or opposition to gun control measures.
The largest creditor listed on the NRA’s bankruptcy filing is its former advertising firm, Ackerman McQueen, with which the NRA has been in a contentious legal battle after nearly 30 years in business together. Ackerman McQueen is owed a disputed $1.2 million, according to the filing. The company did not immediately return a request for comment.

In addition to its internal challenges, the NRA faces a shift in Americans’ attitudes about guns following a string of deadly mass shootings in recent years.

“The NRA, a get rich quick scheme for its executives that pushed positions wildly out of step with gun owners, is collapsing, just as Congress readies to vote on a comprehensive background checks proposal with 90% public support,” Chris Murphy, the Democratic senator from Connecticut, said on Twitter Friday. “It’s happening.”

Stimulus: When will Americans see the aid from Biden’s relief proposal? It’s up to Congress

Microsoft, Oracle and and other tech giants Salesforce team up Covid-19 vaccine ‘passports’