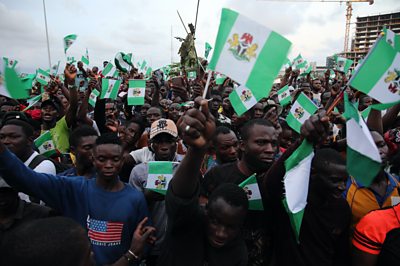 
The youth of Nigeria found their voice in 2020 with the rise of the End Sars protests against police brutality.

Nicknamed the “Soro Soke” generation – which means “speak up” in Yoruba – they took to the streets across the country for almost two weeks, calling for change.

That ended abruptly on 20 October when the army opened fire on peaceful protesters in a wealthy suburb of Lagos.

The BBC’s Nigeria Correspondent Mayeni Jones investigates what happened that night and the climate of fear that has followed the shootings at Lekki toll gate.

The protests which have changed Nigeria forever

The man startling millions of starlings with lasers