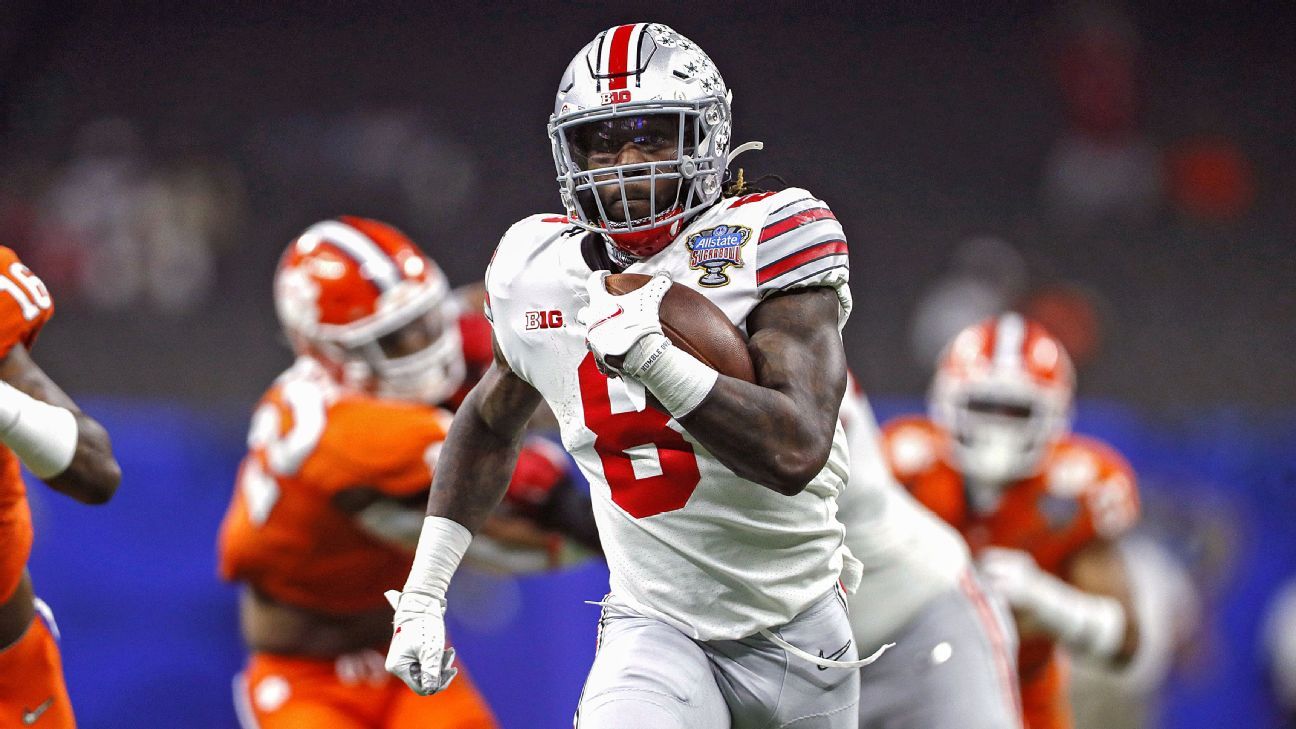 
Ohio State running back Trey Sermon announced on social media Sunday that he is entering the NFL draft.

He is ranked as the No. 3 draft-eligible running back by ESPN’s Mel Kiper Jr.

Sermon rushed for 870 yards on 116 carries (7.5 yards per carry) and four touchdowns this season.

He had been a major key to the Buckeyes’ offense in wins over Northwestern in the Big Ten championship game and Clemson in the CFP semifinal at the Allstate Sugar Bowl, rushing for a combined 524 yards. He was injured in his only carry against Alabama, however, in the College Football Playoff National Championship presented by AT&T, suffering a shoulder injury in the Buckeyes’ 52-24 loss.

Sermon spent his first three college seasons with Oklahoma before transferring to Ohio State. He rushed for 2,946 yards and 26 touchdowns and had 48 receptions for 486 yards and three touchdowns in his college career.

Impeachment trial: The Senate gets to call the shots