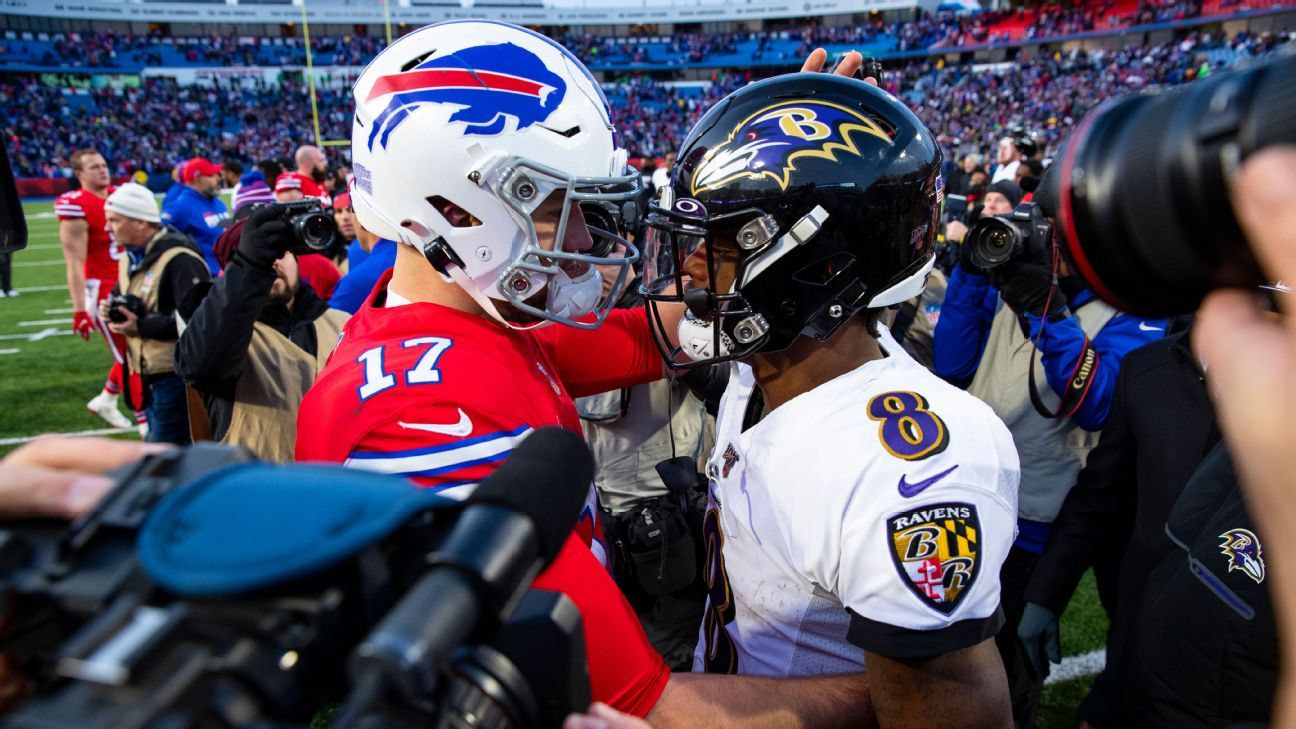 
OWINGS MILLS, Md. — Baltimore Ravens quarterback Lamar Jackson expressed his gratitude Monday to the Buffalo Bills fan base, whose donations have reached $360,000 to one of his favorite charities.

“Appreciate that Bills Mafia,” Jackson wrote on Twitter. “Means a lot not to only me but those kids as well.”

The outpouring support to the “Blessings in a Backpack” Louisville chapter began Saturday night after the Bills’ 17-3 victory over the Ravens in their AFC divisional playoff game, where the reigning NFL MVP was ruled out late in the third quarter with a concussion.

As of Monday, there have been 13,600 individual donations from Bills fans, who are affectionately known as “Bills Mafia.”

“It’s just been overwhelming — in the best possible way,” said Nikki Grizzle of “Blessings in a Backpack.”

Jackson, a Heisman Trophy winner at the University of Louisville, had raised $25,000 for the charity through autograph signings in 2018. In less than a day after Buffalo’s playoff win over Baltimore, Bills fans had raised over 10 times that amount.

The organization’s mission is to mobilize communities, individuals and resources to provide food on the weekends for elementary school children across America who might otherwise go hungry. According to its website, the program can feed one child on the weekends for a 38-week school year for $130.

This is the latest charitable gesture by Bills fans. At the end of the 2017 regular season, when quarterback Andy Dalton led the Cincinnati Bengals to a win that helped the Bills qualify for the playoffs, they did something similar for Dalton.

Bills fans also donated in droves earlier this season to John R. Oishei Children’s Hospital after it was announced that quarterback Josh Allen’s grandmother had died. Donations to that cause eclipsed $1 million.

Conquering K2 in winter ‘together’

Italy smoking: Want to light up in Milan? Not any more, you can't