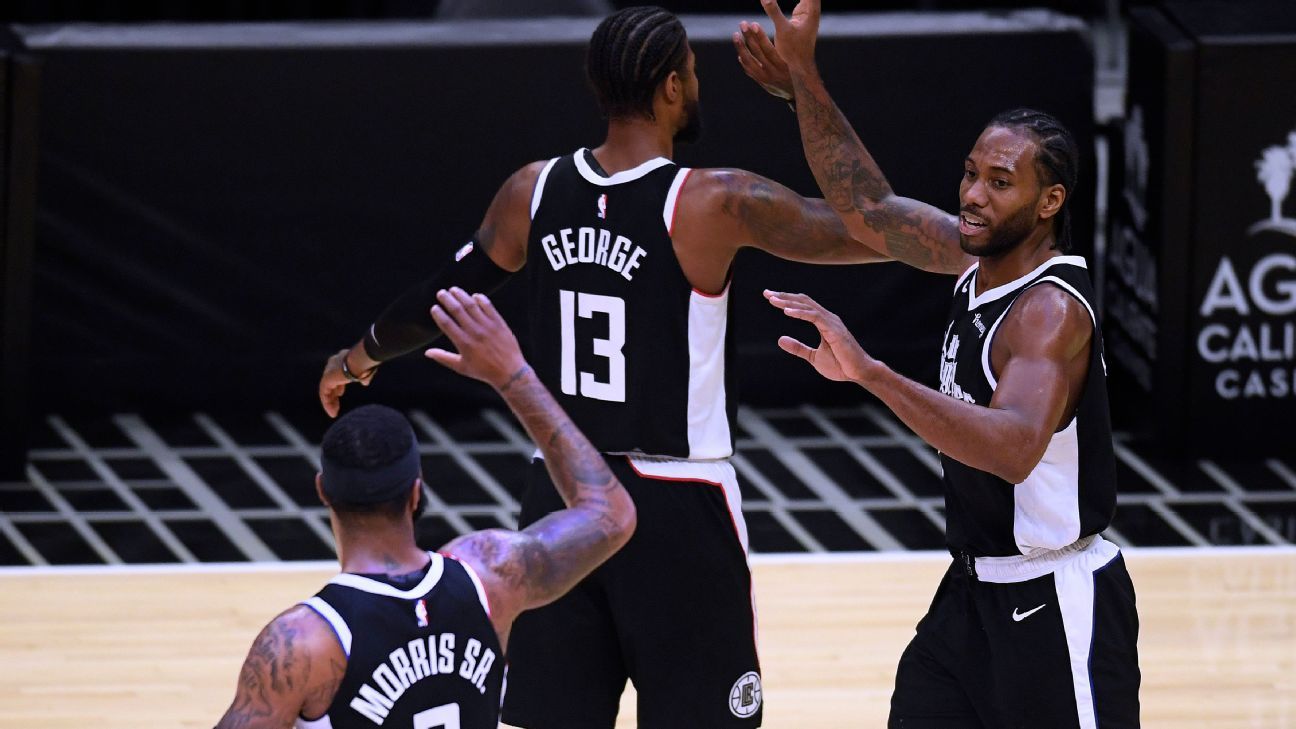 
LOS ANGELES — The LA Clippers have blown big leads, have had key players in and out of the lineup and have even suffered a 51-point loss this season.

But unlike during last season’s collapse in the playoffs, the Clippers said their chemistry and energy is vastly improved. Without Serge Ibaka and Lou Williams, the Clippers won a season-high fourth straight game on Sunday, a 129-96 rout of the Indiana Pacers. And some veterans are crediting a new attitude.

“I feel like our energy is way better this season,” Clippers forward Marcus Morris Sr. said after scoring 20 points off the bench. “Think guys are buying in.”

“We kind of felt let down last year,” Morris later added. “And the first thing we did before we got together was we let that s— go. It’s a new season; it’s a new team.”

Last season, the Clippers had difficulty forming chemistry, with Paul George and Kawhi Leonard easing their way into the campaign due to injuries; lack of practice time; new pieces added midseason; the pandemic halting play; and then players leaving and returning to the Florida bubble due to personal reasons.

Players have credited Lue’s ability to communicate with them and allowing them to have input with improving the chemistry. So despite the fact the Clippers have either blown or had big leads shrink several times this season, they have been able to put together their current winning streak.

On Sunday, Indiana cut an 18-point first-half deficit to two points in the third quarter. But the Clippers responded with a 37-14 run despite not having Ibaka (non-COVID-19 illness) and Williams (hip).

George said the current players are forming a bond that is evident, at times — like during that second-half run against Indy and when George threw down a dominant, one-handed dunk early on that caused the Clippers bench to erupt in celebration.

“The chemistry is amazing,” George said. “It’s a real bond. It’s fun, with this team, it’s locked in, we are together; it is one of the best locker rooms I have been around and been in.

“Hopefully, you guys see it, just how well we are meshing,” George added. “We are going to continue to build off of that; we like where we are at and like where we are heading, and we want to see this thing play all the way through.”

George, who said Friday he was “coming back with vengeance” after the postseason debacle in the Orlando bubble, echoed what Morris said about the Clippers letting go of last season.

“It’s a new year,” said George, who had 20 points and seven rebounds on Sunday in the Clips’ second straight rout of 35 or more points. “We moved on. For some reason, a lot of people haven’t. But we moved on.”