Phil Neville steps down from England amid Inter Miami talks 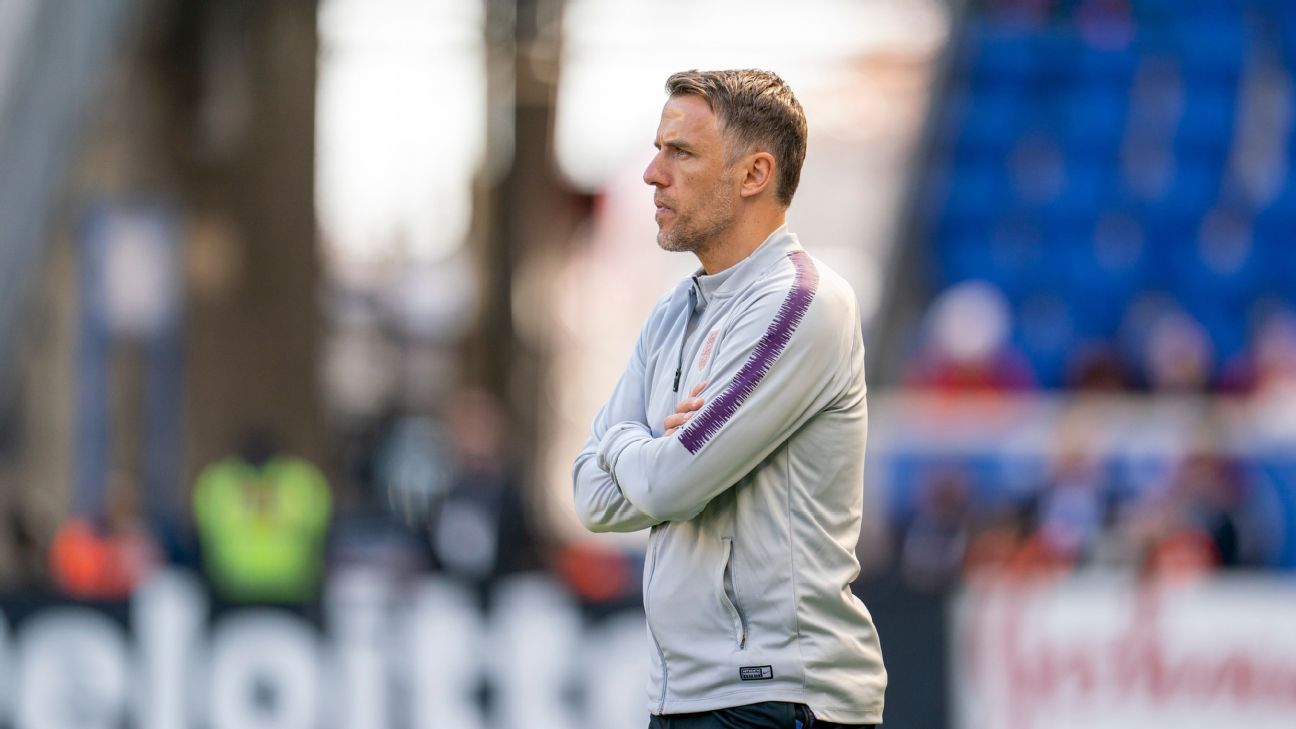 
Phil Neville has stepped down as head coach of England with immediate effect, the Football Association announced on Monday, with his move to MLS side Inter Miami edging closer.

Neville has been in the role since January 2018 but announced in April 2020 that he would not continue the job past summer 2021 following the postponement of the European Championships until 2022.

He had been due to lead Team Great Britain in the Olympics this summer but sources have told ESPN that Neville has held talks with Inter Miami about taking over as head coach after the departure of Diego Alonso. Sources added that Neville flew out to Miami on Monday for further talks over the vacant manager’s job.

Miami finished 10th in their debut season in the MLS Eastern Conference in 2020, but sources have said that David Beckham and his fellow investors are determined to see an improvement in performance in 2021, with Neville the leading contender to replace the outgoing Alonso.

“It has been an honour to manage England and I have enjoyed three of the best years of my career with the FA and the Lionesses,” Neville said in a statement.

“The players who wear the England shirt are some of the most talented and dedicated athletes I have ever had the privilege to work with. They have challenged me and improved me as a coach, and I am very grateful to them for the fantastic memories we have shared.

“I’d like to thank the FA for the tremendous backing they have given me, in particular Sue Campbell and my talented support staff whose energy, commitment and enthusiasm has been crucial to helping us make the progress we have. I wish England Women every success in the future and look forward to following their journey in the years to come.”

The timing of the departure is tricky for the FA as assistant coach Rehanne Skinner departed the national side in November to become Tottenham manager and new coach Sarina Wiegman isn’t due to take up the role until after the Olympics in August.

Sources have told ESPN that a new interim coach will be announced by the FA in the next few days.

Normally, the person who manages England also takes charge of Team Great Britain during the Olympics.

“I want to pay tribute to Phil for his significant contribution during his three years with the FA. In particular, the commitment, dedication and respect he has shown the position has been clear to see, and I will personally miss our many conversations about ways we can improve and progress,” FA director of women’s football Baroness Sue Campbell added in a statement.

“After steadying the ship at a challenging period, he helped us to win the SheBelieves Cup for the first time, reach the World Cup semifinals and qualify for the Olympics. Given his status as a former Manchester United and England player, he did much to raise the profile of our team. He has used his platform to champion the women’s game, worked tirelessly to support our effort to promote more female coaches and used his expertise to develop many of our younger players.

“Given the positive ongoing dialogue we have been having with Phil, we will be in a position to provide an update soon on an interim appointment, as well as provide a further update on the coaching situation regarding Team GB [Great Britain].”

Australian Open 2021: ‘No special treatment’ for tennis players in Melbourne

Github apologises for firing Jewish employee who warned about 'Nazis'