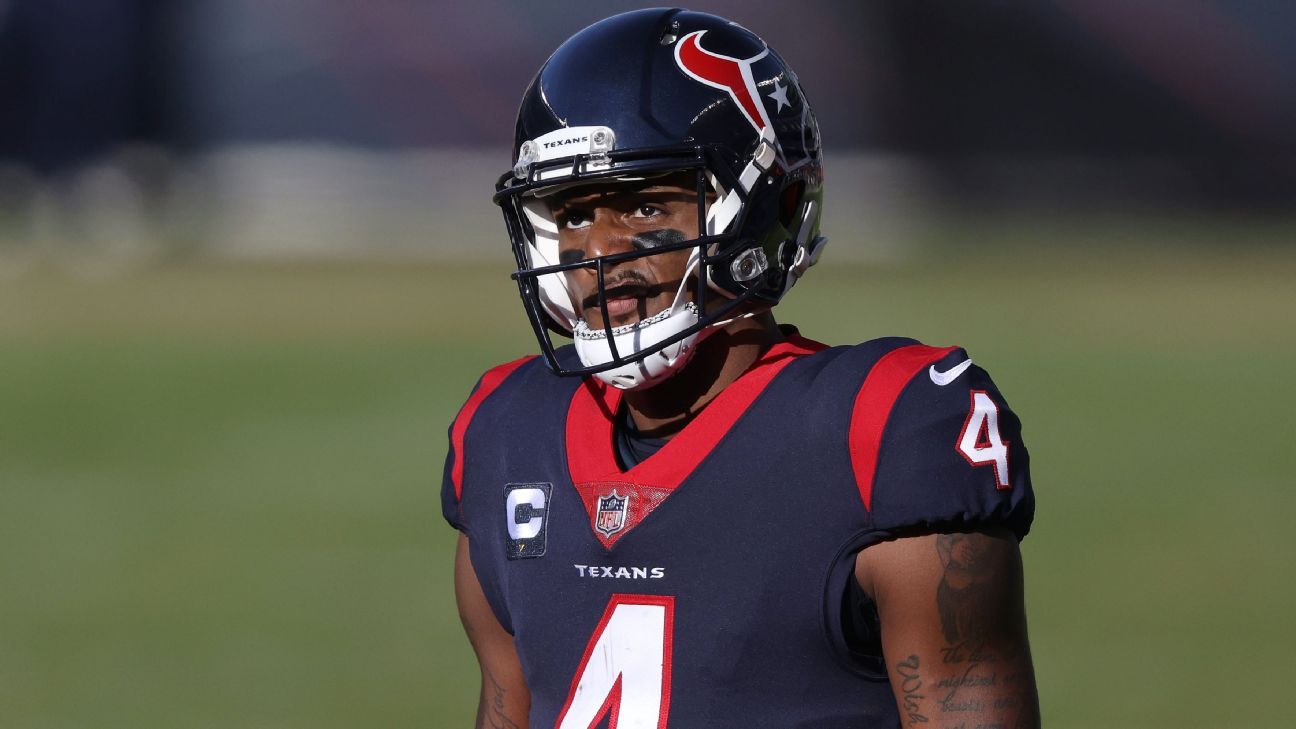 
Multiple people in and around the Houston Texans organization believe Deshaun Watson has played his last snap with the team, sources told ESPN’s Adam Schefter.

Watson is still upset with the Texans over, among other issues, the process they used to hire general manager Nick Caserio, according to multiple sources, leading to widespread speculation that Houston could trade the star quarterback this offseason or be faced with the real possibility that he could decide to withhold his services and not report if he isn’t dealt.

It’s still early in the offseason, and Houston just hired Caserio and doesn’t even have a head coach, but the Texans know they have a problem with Watson.

One source told ESPN’s Sarah Barshop that the Texans have had internal conversations about possible trade partners and what their quarterback position would look like in the future without Watson.

On the day the Texans announced the hiring of Caserio, league sources told Schefter that Watson was not happy with the process because he “offered input on potential general manager candidates, but the Texans neither considered nor consulted with those endorsed by their franchise quarterback.”

Texans chairman Cal McNair said Friday that the organization wants Watson “in the loop and part of the process” as Houston searches for its next head coach, but sources believe it might be too late.

Watson has implied his unhappiness with multiple tweets since Caserio’s hiring, although sources told ESPN that those feelings are not directed specifically at the former New England Patriots executive. Watson found out on social media, not from the team, that the Texans had hired Caserio, multiple sources told Schefter.

Former Texans receiver Andre Johnson weighed in publicly this past week, tweeting that Watson should “stand his ground” and calling out executive vice president of football operations Jack Easterby.

But a source close to Watson told ESPN’s Chris Mortensen that firing Easterby would not resolve the issue, saying that “Cal McNair would have to fire Cal McNair.”

Watson has a no-trade clause in his five-year, $156 million deal with the Texans, and some team sources believe that the three-time Pro Bowler could force Houston’s hand into trading him. The no-trade clause would give Watson some control over where he is traded because if it wasn’t the destination he wanted, he could decline to report.

There is a growing consensus within the NFL, according to Mortensen, that Watson will force his way out, and the Texans believe he will command a high compensation package in a trade.

A source close to Watson told Mortensen that the Dolphins remain prominent as an acceptable landing spot because the quarterback likes the culture he has observed under Miami head coach Brian Flores and there is no state income tax in Florida.

There are several franchises monitoring the events surrounding Watson if he becomes available on the trade market, league sources told Mortensen.

The Texans are seriously considering Chiefs offensive coordinator Eric Bieniemy for their head-coaching vacancy, sources told ESPN’s Jeremy Fowler. Watson has advocated for Bieniemy in the past, and sources told Fowler that the Texans’ request to interview the Chiefs’ top assistant is not considered an empty one.

But Bieniemy, who coached the Chiefs’ offense in Sunday’s AFC divisional playoff win against the Browns, is not conducting any more interviews — even introductory Zoom calls with teams — until Kansas City’s postseason is complete.

Bieniemy also has not yet decided whether he will interview with the Texans, a source told Schefter.

Uganda elections: A lesson for other authoritarians that controlling the internet works