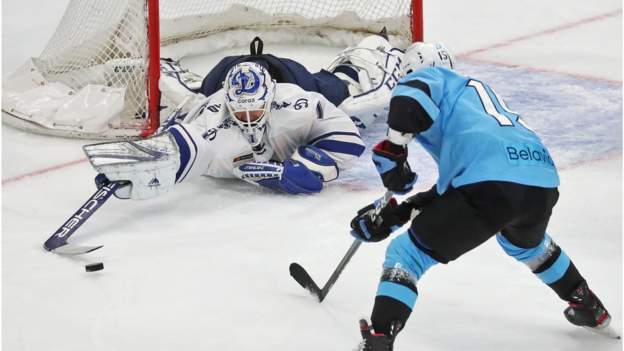 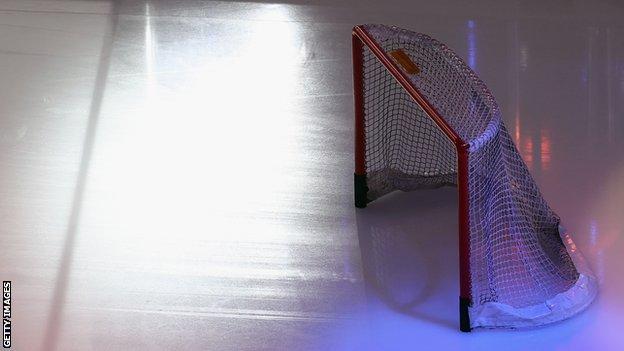 The International Ice Hockey Federation has said the 2021 World Championship will not be held in Minsk this year for safety and security reasons.

The men’s tournament was scheduled to be staged in Minsk – and Latvia’s capital Riga – from 21 May to 6 June.

The governing body consulted with experts and stakeholders about how the event could take place in Belarus in light of political unrest and Covid-19.

It has not been confirmed if part of the event will still be held in Riga.

Find out how to get into ice hockey

Great Britain were due to be based in Minsk for the tournament but now must wait along with the other competing nations to see if and where the competition will be rescheduled.

The IIHF Council found that “it is currently impossible to ensure the welfare of teams, spectators and officials while holding a World Championship in Belarus”.

A number of major advertisers had also pulled out in the last few days.

Last week, Belarus’ President Alexander Lukashenko had sought to reassure the IIHF that the country could safely host the tournament.

This is a decision that comes as no surprise, other than in the timing.

Just one week ago President Lukashenko was filmed hugging the IIHF’s president Rene Fasel and promising that the event would be safe and not in danger.

Lukashenko’s attitude to Covid-19 has worried a number of the competing nations. He was quoted as saying that drinking vodka and attending saunas would keep people safe throughout the pandemic.

The IIHF now need to find a country where the competition can be played in a Covid-safe manner in one or two venues. Germany is one option, but they also hosted a recent tournament in Canada which went off without issue and could also be on the cards.

Whatever happens, the IIHF are desperate to ensure the event goes ahead. Having cancelled the event in Switzerland last year the financial hole left in the governing body’s accounts was eye-watering, and to miss out on a second pay day potentially leaves the IIHF in a very difficult position.

For Great Britain, I am sure behind the scenes they will feel relieved that they will not have to go to a country where the full impact of coronavirus is so unclear.

The bigger issue they face is that there is no ice hockey being played in the UK at the moment and that doesn’t look like changing any time soon.

There are a handful of GB players with jobs playing abroad, but it largely leaves Pete Russell’s squad potentially going into a tournament where they face the best in the world having not played any competitive games at all.