Uganda elections: A lesson for other authoritarians that controlling the internet works 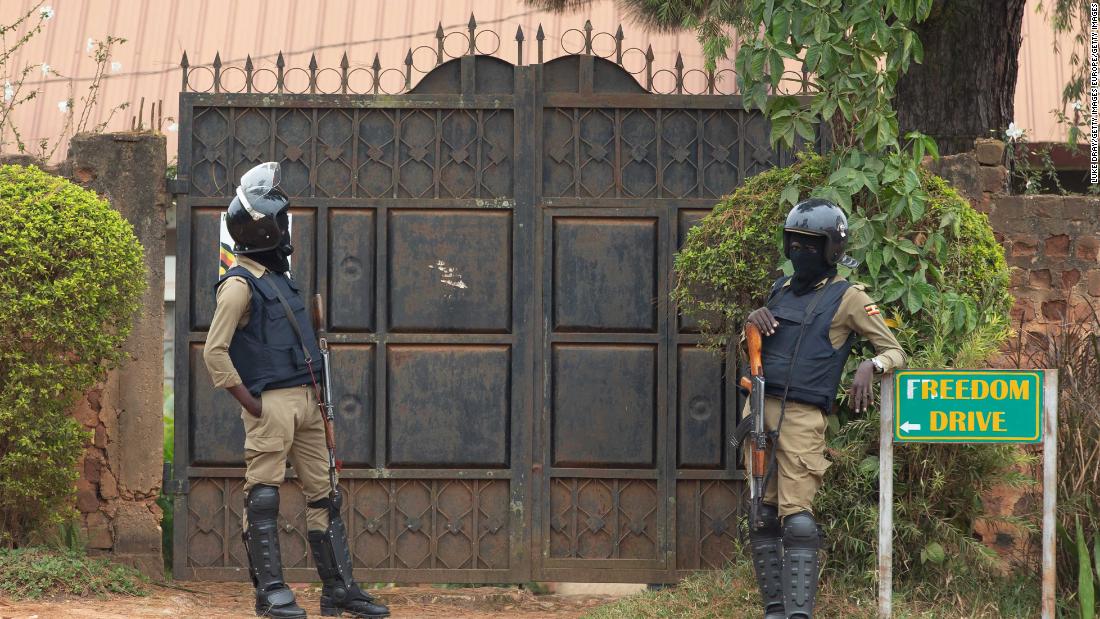 “The only sad thing … is that we are missing the communication because some lines have been cut off. We don’t have internet so we are lacking communication,” she said. “Outside Kampala, we don’t know what is going on.”

What was going on, according to Wine and other opposition figures, was the election being stolen.

In recent elections, a key tactic in curtailing opposition has been to control Ugandans’ access to the internet, blocking social media and messaging software like WhatsApp, and even instituting countrywide internet blackouts, cutting the population off from information at the most vital time.
This year was no different. As Ugandans prepared to go to the polls last week, more and more of the internet gradually slipped out of reach, starting with Facebook and other social platforms, before finally the entire country was disconnected.
The effects of such a shutdown go beyond online expression. According to Netblocks, an internet freedom monitor, such a blackout could have already cost the Ugandan economy around $9 million, while Cipesa, an African internet NGO, reported that both biometric voting systems and mobile money — which many Ugandans rely on for payments — were both disrupted by the shutdown.

In a speech last week, Museveni accused Facebook of “arrogance” after it closed several accounts linked to the ruling National Resistance Movement (NRM) for alleged efforts to manipulate the election, saying a subsequent block of the platform, along with several other websites, was “unfortunate but unavoidable.”

“That social channel you are talking about, if it is going to operate in Uganda, it should be used equitably by everybody who has to use it,” he said. “If you want to take sides against the NRM, then (you) cannot operate in Uganda … We cannot tolerate this arrogance of anybody coming to decide for us who is good and who is bad.”

Thanks to Museveni’s control over traditional media in the country, Wine has relied on online platforms to get his message out, so the ban on Facebook and Twitter affected him far more than the President or NRM candidates.

In the past, Ugandans have been able to get around limited blocks using Virtual Private Networks (VPNs) — software that encrypts internet use — and other censorship circumvention tools, enabling them to bypass the restrictions by tunneling their traffic through servers in another country. There were signs this year that the censors are catching up, however, with many VPN servers being blocked, and finally a full shutdown ordered, cutting off all traffic.

“After a brutal, months-long crackdown on the media, Uganda’s internet disruption is the latest attempt to keep the country’s citizens in the dark … and to prevent journalists from reporting on events surrounding the vote,” Muthoki Mumo, a regional representative for the Committee to Protect Journalists, said in a statement. “Ugandan authorities should reverse course and take steps to ensure unrestricted internet access and guarantee that the public is adequately informed during the post-election period.”

Such a move seems unlikely. As of Monday, Uganda remains largely cut off from the global internet, according to monitor Netblocks, even as Wine and other opposition leaders attempt to contest Museveni’s declaration of victory.
Wine himself has been under house arrest for several days. In a message on Facebook — visible to the rest of the world but not his fellow citizens — the former reggae star wrote that “everyone including media and my party officials are restricted from accessing me.”

Museveni, 76, has outlasted many other onetime African revolutionary leaders, showing an ability to stay in power that exceeds even former stalwarts like Zimbabwe’s Robert Mugabe.

For decades, this was relatively simple, thanks to the well-funded Ugandan military and alliances with the United States and other major world powers. But as the country has developed, becoming one of sub-Saharan Africa’s strongest economies, the government’s ability to respond to demands from a growing and increasingly well educated, connected population, has waned.
According to the IMF, Uganda has one of the fastest growing populations in Africa, and needs to create more than 600,000 jobs a year to cater for its expanding labor force, a task that has been made all the more difficult by the coronavirus pandemic and subsequent economic contraction.
Museveni has sometimes appeared less than sympathetic to his citizens, saying in 2017 — following another hotly-contested election during which internet restrictions were rife — “I hear some people are saying I am their servant, I am not a servant of anybody.”
In his speeches, he often harkens back to his history as a revolutionary, but Museveni’s real talent has been for adapting to modern methods of control, not least online censorship and surveillance.
Such tactics have spread across the continent in recent years, used in the Democratic Republic of Congo, Zimbabwe, Sudan, and further afield in Kashmir, Bangladesh, Belarus and Myanmar. There were more than 200 internet shutdowns in 2019, according to the Keep It On coalition, a trend that continued throughout 2020, with some governments using the pandemic as an excuse to introduce new online controls.
Uganda has been a leader in this regard, thanks in part, critics allege, to the assistance of China, which has invested heavily in the country, increasing its influence over the formerly stalwart US ally. Chinese firms, both state-backed and nominally private, have also established a major presence in Uganda, reportedly supplying core internet technology and network monitoring equipment.
During a visit to Beijing in 2017, government minister Evelyn Anite spoke admirably of China’s model of internet control, saying she had asked for help to “fight back” against those in Uganda who were “using social media platforms such as WhatsApp, Facebook, YouTube and Twitter to commit crimes with impunity.”
Museveni’s growing grip over the internet, both technological and through new laws against “cyber harassment” or “offensive communication,” has enabled his government to limit the effect of the internet as a platform for organizing against him.

As the former revolutionary begins his sixth term in office, other wannabe authoritarian leaders, facing their own online dissenters, will be taking note.

africaauthoritarianscontrollingelectionsinternetlessonUgandaUganda elections: A lesson for other authoritarians that controlling the internet works - CNN
0
Share