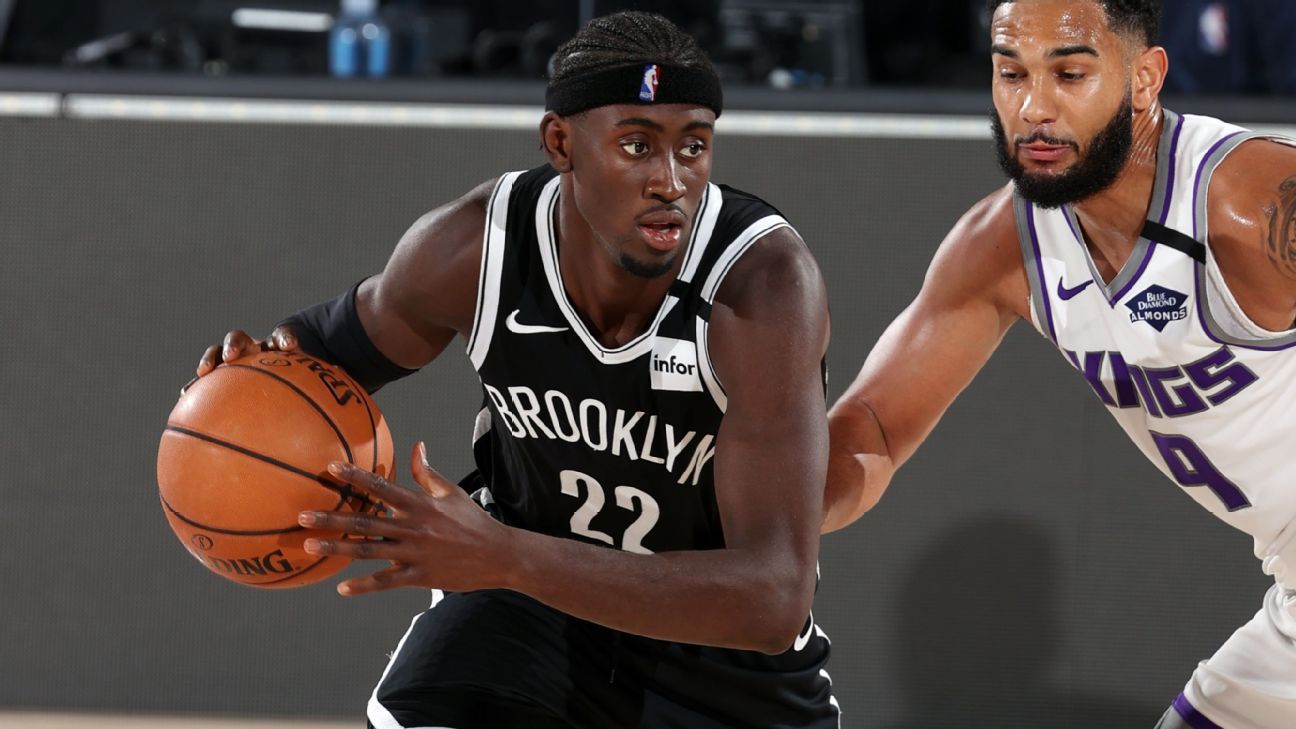 New Indiana Pacers wing Caris LeVert roamed the practice facility sidelines Tuesday for the first time as a member of the squad — and after a recent MRI revealed a small mass on his left kidney.

Though LeVert is out indefinitely, he sees the situation as something bigger than basketball.

“I didn’t have any symptoms. I was playing in games. I hadn’t missed any games this season yet. I was feeling 100 percent healthy,” LeVert said. “So, in a way, this trade definitely showed and revealed what was going on in my body, so I’m definitely looking at it from that side and definitely humbled to know that this trade could’ve possibly saved me in the long run.”

LeVert, 26, was included in the four-team deal that also sent James Harden to the Brooklyn Nets and former Pacers All-Star Victor Oladipo to the Houston Rockets. Before the deal was finalized Saturday, however, a team physical and medical tests revealed the mass.

“Obviously, I want to play as soon as possible. I’m a competitor, I love to play the game. But for me, I think making sure I’m good health-wise is most important. So, as far as timeline and everything like that, we’ll definitely figure it out sometime in the future. But right now we just don’t have those answers.”

For LeVert, it is another obstacle to overcome in his young life.

On April 4, 2010, when LeVert was 15, his father, Darryl Sr., died of heart failure at age 46. LeVert and his younger brother Darryl discovered him inside their home in Pickerington, Ohio.

His mother, Kim, has multiple sclerosis, but the family is attacking the situation with a positive mindset, despite admitting that it has been a “rough week.”

“For me, I try to take the positive out of every situation. If you guys knew my mom, you would never guess that she had MS or anything wrong with her,” LeVert said. “She’s a one-of-a-kind, very special lady, and anyone who knows her or even had one conversation with her, will tell you that. So I think I get it a lot from her, to be honest with you. But I was raised the right way by her and my father before he passed away, and that’s just how I’m wired.

“I have a lot of faith in God. I know that everything is not perfect, but I feel like, in life, it’s just how you react to certain things. It’s not what happens to you.”

Support from family and the Pacers organization has been helpful for LeVert as he awaits medical results to see what plan of action to take.

“We don’t know if it’s cancerous yet, but like I said, we’re still waiting for some of the results,” LeVert said.

LeVert was originally selected 20th overall by the Pacers in the 2016 NBA draft before being traded to the Brooklyn Nets, where he spent part of five seasons. In 12 games this season, he is averaging 18.5 points, 6.0 assists and 4.3 rebounds in 27.8 minutes.

He’ll wear No. 22 when he’s able to suit up, which is something that Pacers president of basketball operations Kevin Pritchard and coach Nate Bjorkgren remain optimistic about.

“This organization’s gonna step up, help him get through this, get him back on the court,” Pritchard said. “I’m super confident that we’re gonna have him on the court.”

Bjorkgren sees him fitting in seamlessly as a 6-foot-6 wing who can handle the ball and play positions 1-4 when he’s able to return. He shared those sentiments when Pritchard and the front office consulted him in the midst of a road trip before making the deal.

“You guys have heard me say it a number of times, but he’s a stud,” Bjorkgren said after practice Tuesday. “And not only on the basketball court, but off the court, he’s even a better person.”

The Catalpa Rescue: The story behind one of Australia’s most incredible prison escapes