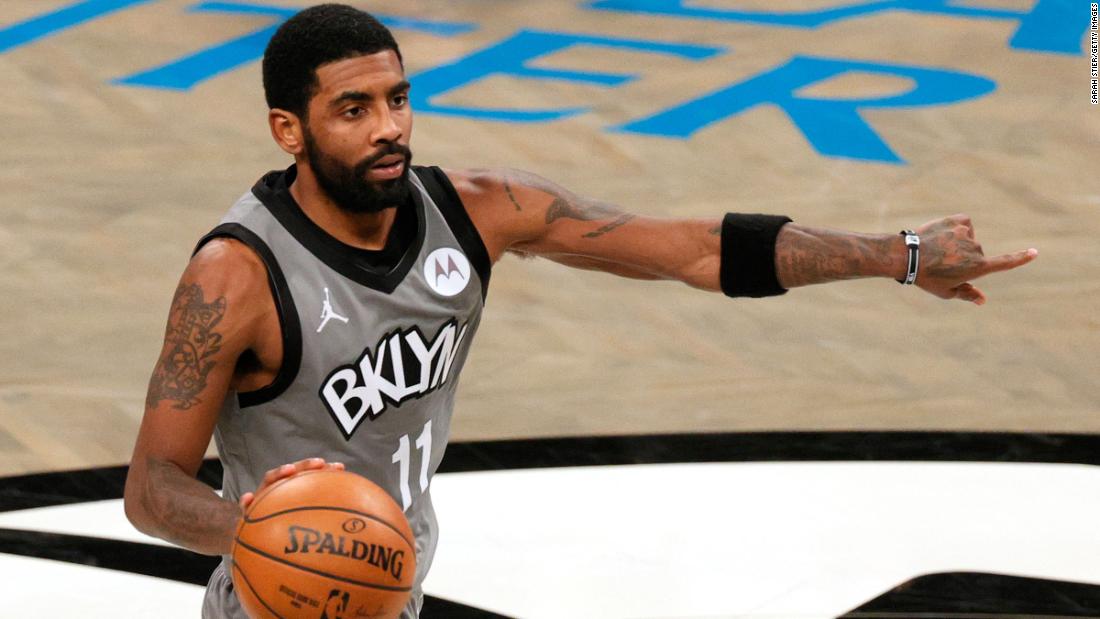 Chauvin is scheduled to be tried in March on charges of second-degree unintentional murder and second-degree manslaughter. Three other officers were fired and also face charges in connection with the incident.

Jackson said he’d known Floyd since he was a teenager and said everyone called them twins.

“Kyrie Irving bought them a house. Lil Wayne’s manager bought them a Mercedes-Benz. Barbra Streisand gave them stock in Disney, so I think God has definitely blessed her and right now she’s she’s doing the best she’s ever done, she’s happy,” Jackson told host Etan Thomas on the podcast.

Irving was asked about the gift Tuesday at a Nets media availability.

“I just want to keep continuing to fulfill our purpose in serving a lot of the underserved communities. Those don’t necessarily get the same attention from just others around,” he said. “So just trying to do my part with service, that’s all.”

In a statement, Jackson said Irving had been checking in on him to see what he could do.

“He wanted to help George’s family and I let him know that a house was what they needed at that time and he made it happen in a heartbeat,” Jackson said.

A GoFundMe campaign for Gianna has raised more than $2.3 million and Kanye West set up a college fund for her as part of a $2 million donation to help her family and the families of Ahmaud Arbery and Breonna Taylor.
Texas Southern University has also offered her a full scholarship if she decides to attend the school.

CNN’s Kevin Dotson and Wayne Sterling contributed to this report.

Women’s Bracketology – Brackets in all shapes and sizes