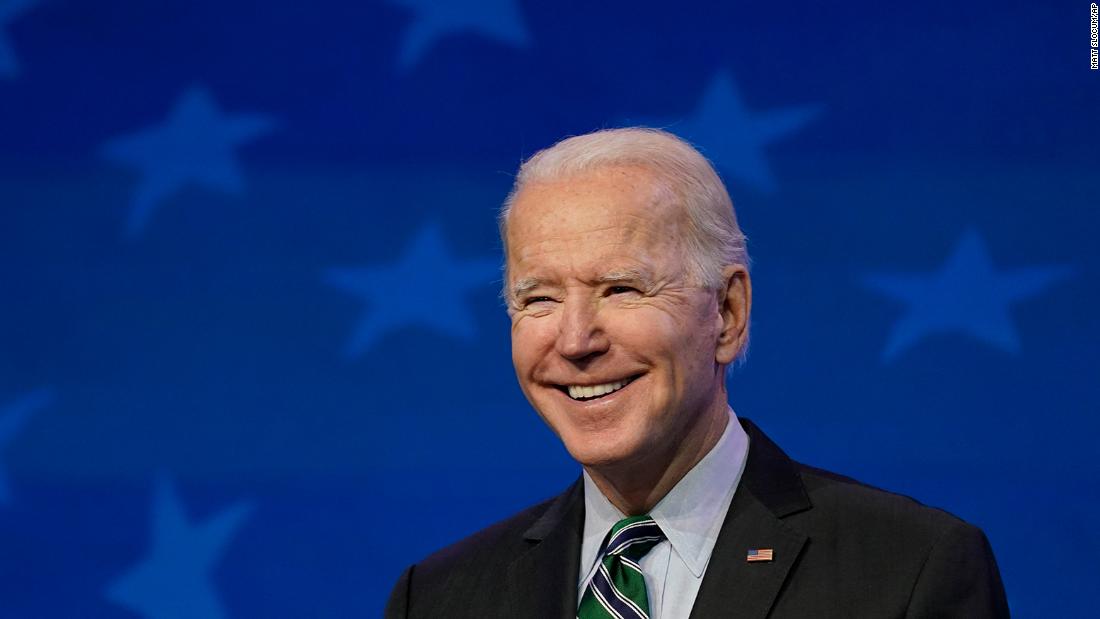 The current Biden market surge represents the second time in a row that Wall Street has cheered a new president: Stocks gained more than 6% in the election to inauguration period after Donald Trump beat Hillary Clinton in 2016. The market gained 5% during Trump’s first 100 days as well.

But there’s one major difference: Trump was inheriting an economy that was growing at a stable rate during the long, post-Great Recession recovery. Biden is walking into the Covid-19 economy.

The stimulus expectations, combined with the fact that Americans are starting to receive coronavirus vaccinations, has fueled hopes that the economy — and corporate earnings — will improve later this year.

To that end, the energy and financial sectors have been the best performers since the election. Oil companies should benefit from an improving economy and rising crude prices, while banks often do better when there is increased demand for loans.

Small cap stocks have also outperformed the S&P 500, a move that makes sense considering that smaller companies have more exposure to the US economy compared to the large multinational firms that dominate the Dow and S&P 500.

The Biden boost is also in stark contrast to how stocks performed the previous two instances a new president was coming into power during tumultuous economic times.

The S&P 500 fell more than 6% in late 2000 and early 2001 after George W. Bush defeated Al Gore. That election was contested as well, adding to uncertainty that was already present in the market as a result of the dot-com bubble bursting earlier in 2000.

And stocks plummeted nearly 20% from November 2008 through mid-January 2009 after Biden’s former boss Barack Obama defeated the late John McCain. Investors were still extremely nervous about the collapse of Lehman Brothers and the rash of high profile bank failures at the time.

But experts say investors need to realize that market performance between the election and the inauguration is not necessarily a harbinger of things to come for the rest of the year.

CFRA Research chief investment strategist Sam Stovall noted in the report that “the S&P 500 is overdue for a digestion of gains that could push the index value below its 2020 closing level.”

In other words, the rest of the year might be bumpy. But any downturns could be brief: Stovall also predicted that any market pullbacks in 2021 will be “set early enough in the year to allow for time to recoup all losses and go on to set even higher highs.”

Firefighters Go Above and Beyond Call of Duty