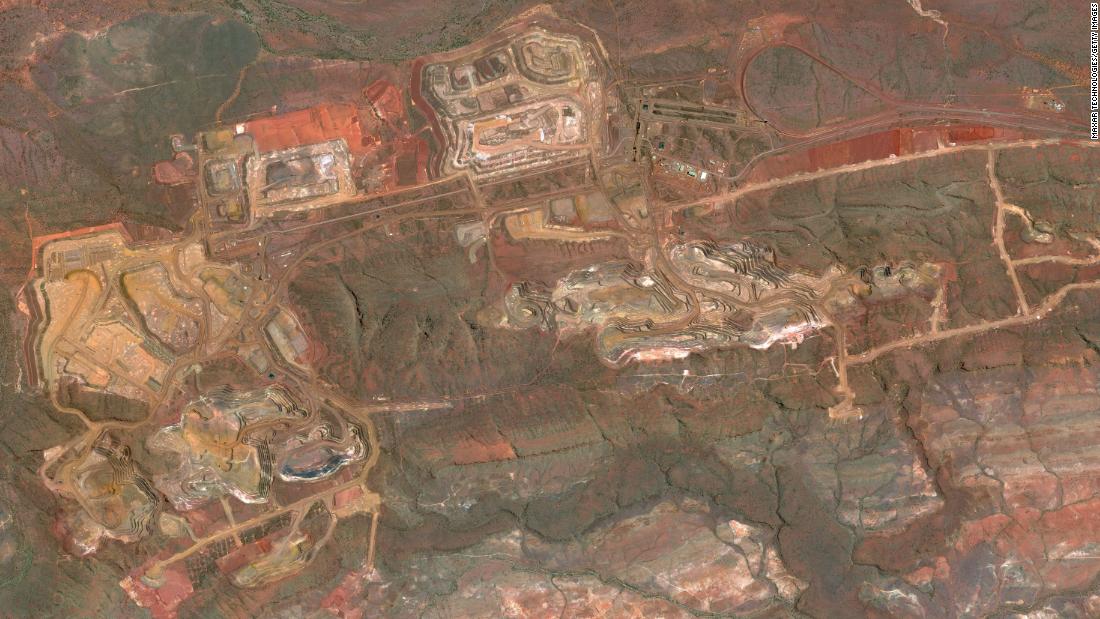 Beijing on Monday reported that China’s GDP grew 2.3% last year, averting the recession that gripped much of the world as the coronavirus pandemic spread. GDP in the fourth quarter grew by 6.5%, compared with a year earlier.

Of big help was the Chinese government’s decision to invest heavily in infrastructure projects. Industrial output rose 7.3% last month compared to a year earlier. And crude steel production hit a record 1.05 billion metric tons for the year, a 5% increase from 2019.

The country can’t sustain that kind of output without iron ore, which it needs to make the steel for roads, bridges and buildings. China imported 17% more iron ore last year than it did in 2019.

Australia is a big winner of that growing demand, being responsible for some 60% of the iron ore that China imports.

China’s reliance on raw materials from Australia stands in stark contrast to the attempts Beijing has made to put pressure on Canberra. After the Australian government called for an international inquiry into the origins of the pandemic last year, China slapped heavy tariffs or bans on imports of wine, beef, barley and apparently coal.
The country’s dependence on iron ore from Australia, meanwhile, remains strong. Mining giant Rio Tinto (RIO) reported Tuesday that shipments of the material rose 2.4% last quarter, helped by “robust buying” from China.
“In China, the industrial sector has recovered and is now at pre-Covid levels due to the rapid deployment of stimulus,” the company said in a statement.
Fortescue Metals Group (FSUGY), another major Australian iron ore miner, reported in October that China’s strong demand helped the company reach record shipments for the material. It later reported that it signed as much as $4 billion worth of deals with major Chinese steel mills for iron ore exports.

Australia isn’t the only country supplying China with this vital raw material. But it is by far the largest source, and one analysts say would be difficult to replace should relations between the two countries sour even further.

“If iron ore shipments from Australia were to be restricted, China would be forced to pay a higher price for iron ore imports from elsewhere,” Langcake said.

Brazil is one option — about 20% of the iron ore that China uses comes from there. But analysts at Changjiang Futures, a Wuhan-based securities firm, point out that there are problems to that alternative. Major Brazilian mining firm Vale (VALE), for example, has struggled with disruptions to supply after a wave of coronavirus infections among its workers last year.

“There is still uncertainty surrounding Brazil’s supply in 2021, as its pandemic still hasn’t been effectively under control and Vale S.A. is less mechanized than its Australian rivals,” the Changjiang Futures analysts wrote in a research note earlier this month.

Chinese state media outlets have also admitted that the country is heavily reliant on Australia for the resource. The International Business Daily — the official newspaper of the country’s Commerce Ministry — suggested as much in an article published in November, which pointed out that China needs to import the vast majority of the iron ore it requires to keep the economy humming.

“As the Chinese economy continues to recover from the pandemic … the country’s demand for iron ore will increase further in the future,” the article said.