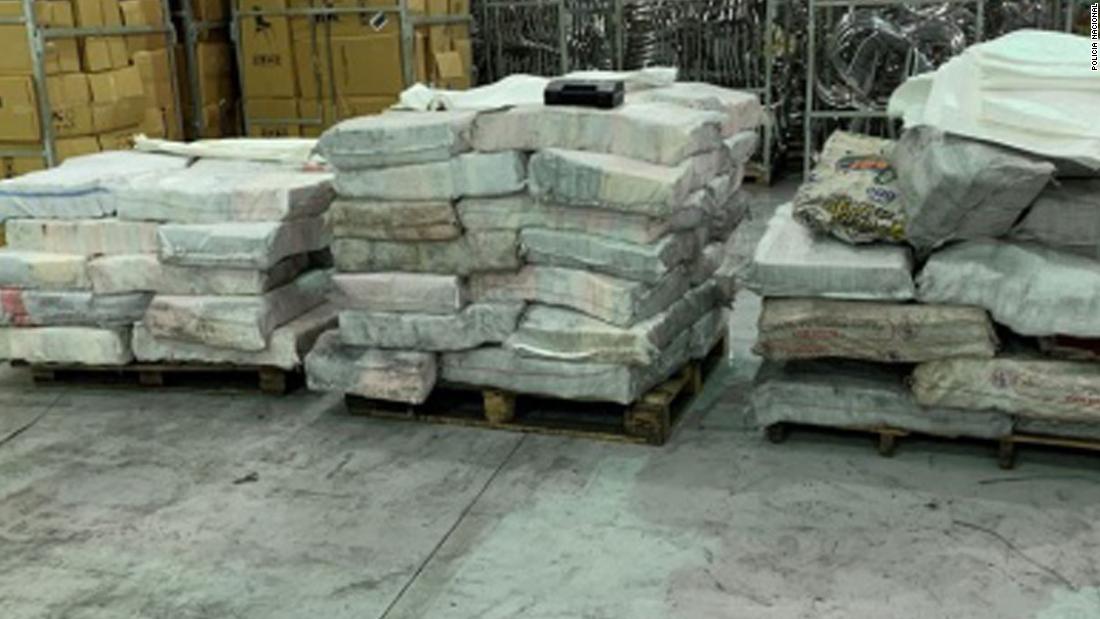 Authorities investigated the network — members of which had attempted to cover their tracks by setting up legitimate businesses — for more than a year, according to a statement from Spain’s national police on Monday.

The investigation culminated in the arrests and the seizure of 2,065 kilograms (2.28 US tons) hidden in a shipment of 40,000 kilograms (44.1 US tons) of charcoal at the port of Algeciras in southern Spain.

At the beginning of 2020, police identified members of the organization based in the provinces of Murcia and Seville who were building an apparently legitimate business importing dozens of containers of charcoal from South America to the port of Barcelona.

However, complications due to storage issues and the coronavirus pandemic meant the group moved their operations to the port of Algeciras in southern Spain in mid-April, said police.

Police pieced together the structure of the network, which included two families with key members in Brazil and Paraguay who coordinated cocaine shipments, while others in Seville created businesses which appeared to be dedicated to importing charcoal, rice, molasses or medical products.

Police said the leaders of the network recruited people to act as fronts for the businesses to hide their involvement, and a known money launderer based in Valencia acted as an emissary between them and the business owners.

Police said the money launderer used cryptocurrencies to hide money, and is known to work with “many criminal groups from Eastern Europe and South America” involved in the trafficking of drugs, weapons and people.

The sophistication of the network meant police had to tap more than 100 phones and follow suspects in various Spanish provinces.

During the course of the investigation, agents also searched 16 homes and businesses as well as almost 200 containers sent to Spain from Brazil and Paraguay, said the statement.

All 12 have been charged, with six being held in custody and six being released under specific conditions. Their names have not been publicly released.

Analysis: With Trump’s exit, the Fox News presidency will come to an end