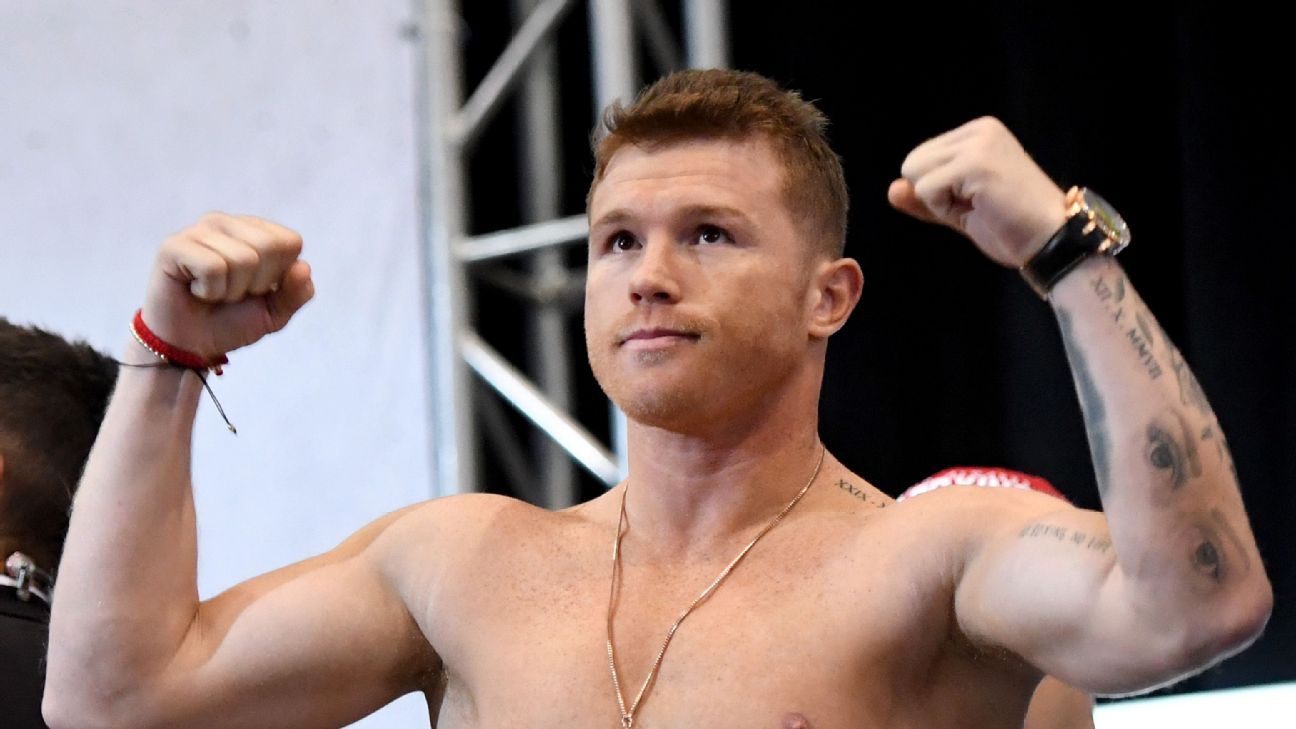 
Boxing’s biggest star, Canelo Alvarez, will return to the ring Feb. 27 versus mandatory challenger Avni Yildirim in Miami Gardens at Hard Rock Stadium, per sources. The fight will be broadcast on DAZN and other PPV cable platforms everywhere except Mexico.

It will be a stay-busy title defense for Alvarez (54-1-2, 36 KOs), who is coming off a dominant unanimous decision victory over previously undefeated champion Callum Smith on Dec. 19 to win the WBA, WBC and the Ring magazine super middleweight titles.

The Athletic was the first to report the Alvarez fight date on Wednesday.

“Canelo is in the gym, and he has been working and training, waiting for the date,” Alvarez’s trainer, Eddy Reynoso, said. “And to take advantage of the preparation we had for most of last year without fighting.”

After a deal with Matchroom promoter Eddie Hearn, Alvarez is on track to fight again on May 8, the weekend following Cinco De Mayo, against WBO super middleweight champion Billy Joe Saunders. That bout is not official yet, but it is expected, with IBF champion Caleb Plant as a secondary option.

Alvarez (54-1-2, 36 KOs) has plans to unify the super middleweight division, with Saunders and Plant as the two other belt holders in the division.

Yildirim (21-2, 12 KOs) hasn’t fought since a February 2019 split technical decision loss to Anthony Dirrell. He has been Alvarez’s WBC mandatory challenger since before the Alvarez-Smith bout. Alvarez and Reynoso wanted to fulfill their commitment to the WBC by fighting Yildirim before continuing their pursuit through the super middleweight champions.

“Yildirim is a strong fighter. He is a fighter who has earned his place in boxing to get to where he is as the No. 1 challenger in the world,” Reynoso said. “He had a fight against Anthony Dirrell, which seemed to me they took away from him, and gave it to Dirrell due to a cut. It was a world title fight, and [even with a loss], he became an official challenger. He is a guy who has worked honestly to be there, and he is dangerous, strong, has a good punch and very reliable.”

This will be Alvarez’s first bout in Miami, a place he has long enjoyed. Fans can be in attendance up to the COVID-19 pandemic capacity allowed at Hard Rock Stadium, where the Miami Dolphins and Miami Hurricanes play their home football games.

The story of Trump's last day and Biden's inauguration

Biden gets to work on reversing Trump policies with executive orders