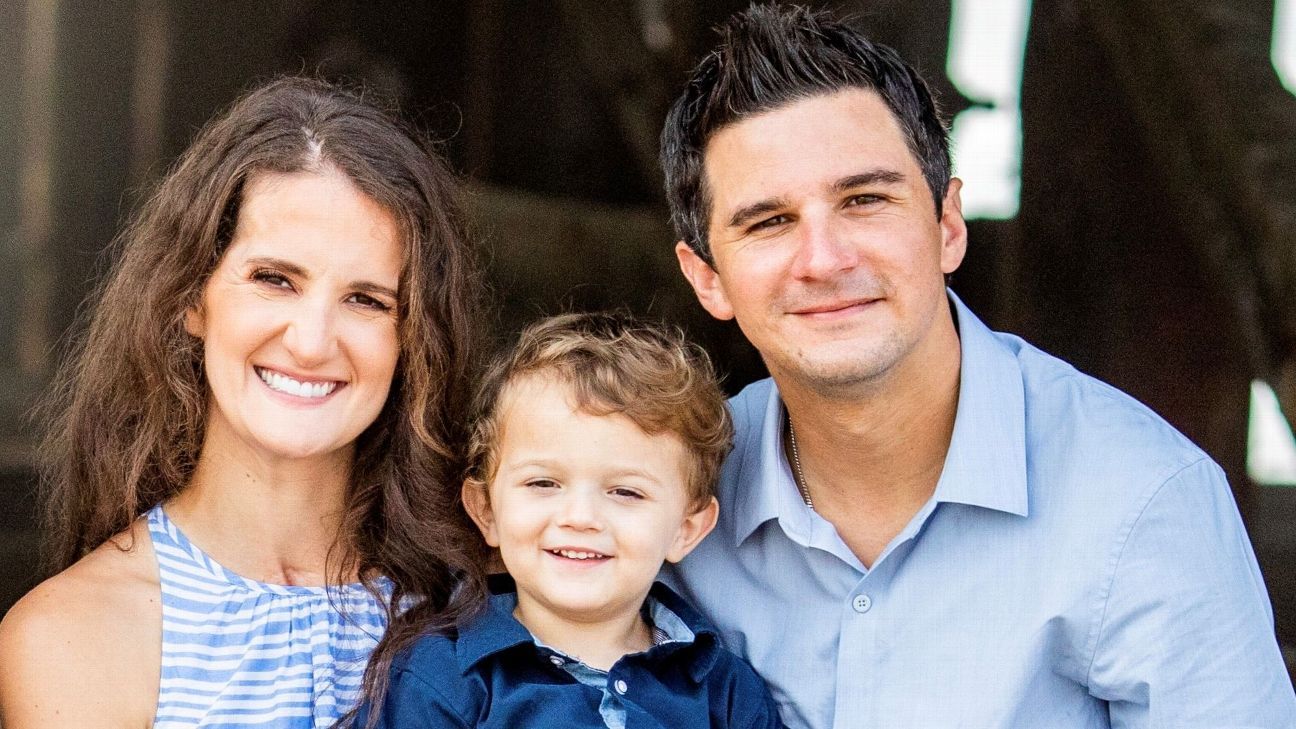 
Last February, St. Louis Blues defenseman Jay Bouwmeester collapsed on the bench during a game against the Anaheim Ducks at the Honda Center. Bouwmeester’s teammates waved for help, and a team of trainers and doctors sprung into choreographed action. Bouwmeester had suffered a cardiac episode, but within 60 seconds of his collapse, he was revived by a defibrillator. The 36-year-old was transported to the hospital and underwent procedures to install a device that would help him restore his heart’s normal rhythm.

“There is never a good time for something like this to take place,” Blues GM Doug Armstrong said at the time. “But there could not have been a better location than the Honda Center. Thanks to everyone at the Honda Center and the Ducks’ organization for their life-saving efforts.”

The medical team on hand in Anaheim last February — with similar ones present at every NHL rink, for every game — goes through yearly drills and dozens of hours of training on emergency response to prepare for such events, even if they are rare. For Ducks assistant athletic trainer Chad Walker, being part of that support system is extremely personal.

“A collective team effort like that,” Walker says. “Is what kept my wife alive.”

Chad Walker met Becca Holzworth when they were students at Marietta College in Ohio. He was studying athletic medicine, she was on the volleyball team. “We were really good friends,” she says. “And then we decided to date.” When they were 22, they moved in with Walker’s parents in Arizona. She got a job as a high school math teacher. He was hired as a graduate assistant at Arizona State.

One Friday in January, Walker’s car was getting work done at the local garage. After work, Becca and Chad’s dad went to pick up the car. It was rush hour. Mr. Walker pulled out of the parking lot first. She pulled out next, looked both and right, and after that, she can’t remember much. “They think there might have been some glare from the sun,” she says.

A Ford Exhibition, driving 53 miles per hour, slammed into the drivers’ side door. Becca flung about 40 feet into the nearby bus stop.

Walker’s dad rushed over. He was an assistant fire chief and therefore able to call dispatch. Becca wasn’t breathing, and had several teeth knocked down her throat. “My dad actually removed all the teeth to create an airway for her,” Walker says. “It basically saved her life and kept her alive until the paramedics arrived.”

Chad Walker arrived at the hospital about 30 minutes later. His girlfriend was unconscious. Her face was completely shattered, and she had suffered about 24 broken bones. The most critical was a diffuse axonal injury, the most severe traumatic brain injury someone can suffer.

“We learned about this as we went along, but a typical concussion, you get hit by one side, and your brain sloshes against the other side of your brain. And you bruise that side of the brain,” Walker says. “It might affect your smell, it might affect some coordination, but it doesn’t really affect the whole game. Becca was hit with a shearing force, so it literally sheared her brain. With that type of injury, the outcome is not very good usually.”

The odds were stacked against the couple.

“They told us there’s not a very good chance she survives this,” Walker says. “And if she does, she’ll probably be in a vegetative state. Most people don’t return to formal function.”

The first few days were a traumatic whirlwind. “They had to call ‘code blue’ on her a few times,” Walker says. “And basically revive her.”

Surgeons removed half of her skull to relieve pressure from the swelling in her brain, and later re-attached it.

Her parents flew out from Ohio. They all slept on the floor of the waiting room for about two weeks — then basically lived at the hospital for the next two months.

Coincidentally, U.S. Rep. Gabrielle Gifford was shot in the head two weeks earlier in Tucson, and coverage of her recovery was all over the news. “We were sitting there watching Becca in the hospital, and making all of these comparisons,” Walker says. “So if Gifford reaches a milestone, we were wondering, ‘Will Becca do that in a few days? And if not, is she behind?'”

Seeing Gifford recover gave Walker hope. “There was always hope that she could get through this,” he says. “We just had this belief and feeling that if we stayed positive, things were going to work out. I didn’t know what our new normal was going to be good, but it would be good no matter what as long as we had each other.”

After four weeks in the ICU, Becca was released to a rehab facility. She would go to four different rehab facilities as part of her recovery.

Every day became a blessing. One day she opened her eyes. Then she responded to verbal commands. Doctors kept setting new goals. “But they also wanted to be realistic and said that should be it, this could be as far as she goes,” Walker says. But she never stopped progressing.

Then came the day she began humming along to music. Since she got to the ICU, Walker played mix CDs in her room — old songs they are used to sing along to in college. One day she sang along.

“After that it was a landslide, and everything fell into place,” Walker says. “She learned how to move her digits again, and smile, and laugh. Then she could stand up, and walk, and eat. It all started coming back.”

Walker prefers not to talk much about his role in the Bouwmeester response. “You just go back to your training, and just try to do your part of the whole plan. Just make sure you have your bases covered and fulfill your duty to the whole team,” Walker says. “Luckily everyone performed perfectly that day, and we had a great outcome.”

But by witnessing Becca’s entire recovery, he has a more profound appreciation for collaborations that occur every day in medicine.

“From the acute emergency standpoint, all the way through rehab, through occupational therapy, through return to workplace therapy, it was really cool to see all of those unique parts come together,” Walker says. “And work as a team. With Becca being the biggest rock star of all. Without her, none of this happens.”

Becca was able to return to teaching the following fall after her accident, but said the first semester was tough keeping her energy levels high. “I just felt exhausted,” she says. But she got through it.

The couple married in 2016 and had a son, Jackson, who is now 3. She doesn’t have too many lingering effects. “My endurance has gone down, but maybe that just comes with being a mom,” she says. “The biggest thing is probably my confidence; I doubt myself more, I am a bit more self-conscious about doing things.”

When Jan. 21, 2012 rolled around — the first anniversary of the accident — the couple didn’t know what to do. “Do we celebrate it?” Walker asked. “What are we supposed to do?”

His now-wife had a better idea: “I think we should all get Blizzards from Dairy Queen,” she said. “Because those make me happy and I want everyone to be happy. I don’t want this to be a sad day.”

So it became a tradition. Every year on Jan. 21 the Walkers get Dairy Queen Blizzards — then get a flurry of photos from their friends and families slurping Dairy Queen Blizzards also, from all over the country. This year, once again, they are excited to celebrate what is now known as “Becca Blizzard Day.”

For them, it’s another reminder about the power of positivity.

Biden inauguration: New president to be sworn in amid Trump snub