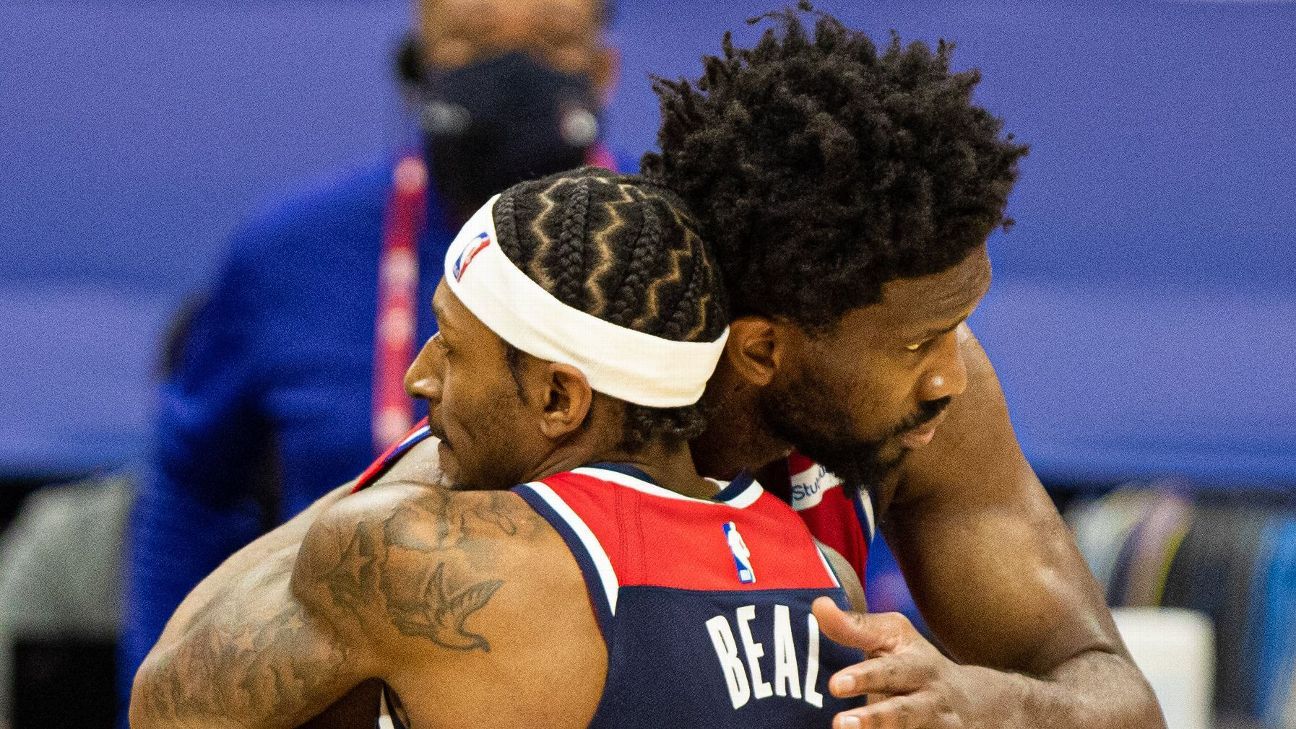 
After witnessing some opposing players disregarding new league rules against unnecessary contact on game nights, the NBA is moving team security into the midcourt area to dissuade violations that include hugging and handshakes, according to a league memo obtained by ESPN on Wednesday.

As coronavirus infections increased amid a darkening pandemic, the NBA recently tightened regulations on players and staffs, including several meant to lessen the possibility of on-court transmissions.

Despite those changes, there were still instances of traditional player contact in postgame scenarios, which led the NBA to issue a memo Wednesday reaffirming the rules that require teams to remain on their half of the court in pregame and halftime warm-ups, and limits physical contact to include only elbow or fist bumps. High-fives, hugs and handshakes aren’t allowed, nor are extended postgame conversations.

The NBA for the week of Jan. 13-19, had 11 new positive cases of COVID-19 out of 502 players, and the league on Wednesday postponed its 16th regular-season game — the Memphis Grizzlies at the Portland Trail Blazers — due to ongoing contact tracing within the Grizzlies.