Why is Canelo Alvarez facing Avni Yildirim and how will the fight play out? 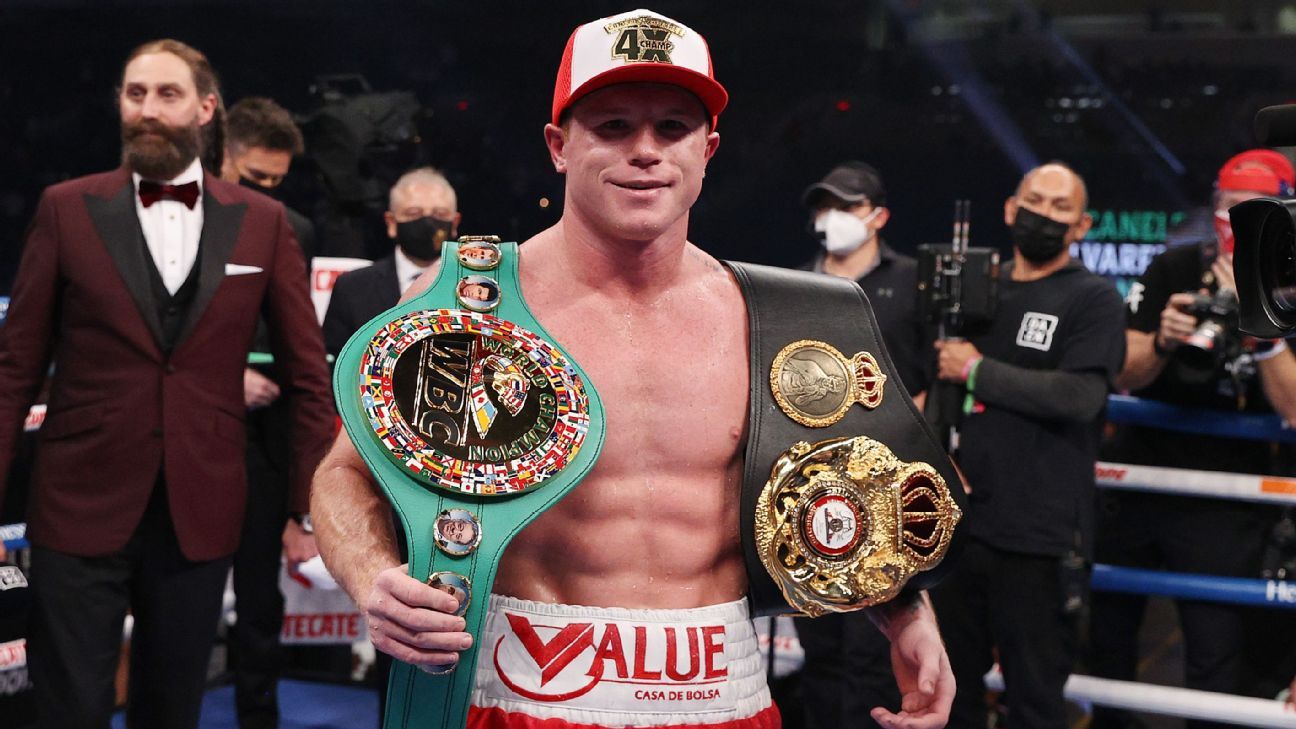 
Unified super middleweight world titlist Canelo Alvarez will put his belts on the line against Avni Yildirim on Feb. 27, at Hard Rock Stadium in Miami, Florida.

While it is refreshing to see Alvarez (54-1-2, 36 KOs) back in the ring so soon after his recent demolition of Callum Smith in December, it’s understandable to wonder why Alvarez is taking a much smaller bout with Yildirim instead of trying to unify the 168-pound division against the fellow titlists Billy Joe Saunders and Caleb Plant. The simple answer in this case is that in order to hold onto his WBC super middleweight title, he has to take on a mandatory No. 1 contender for that organization.

Alvarez is risking those unification opportunities and major money-making fights by facing Yildirim (21-2, 12 KOs), who’s coming off a technical decision loss to Anthony Dirrell two years ago. Will it work out for him?

What do you think of the Alvarez-Yildirim fight?

That said, within the cynical confines of this game, I don’t have a problem with it, at least not on Canelo’s end. This is payback for several favors the WBC, in its less than infinite wisdom, has granted him. First, the WBC came up with this “Franchise Champion” designation (which has since corrupted the lightweight division as well), then it made Canelo-Callum Smith for its vacant 168-pound belt.

For Canelo, this is the price of doing business.

In less than two years, if you discount time lost for the pandemic, Canelo has beaten Gennadiy Golovkin (please, don’t kid yourself), Daniel Jacobs, Sergey Kovalev at 175 pounds and Callum Smith at 168. So I don’t have a problem with Avni Yildirim, as long as — and here’s the obligatory “if” — he resumes the noble task of attempting to truly unify the 168-pound division.

That means going up against these excellent fighters, each of them different, each abundantly talented: WBO titlist Billy Joe Saunders, IBF titleholder Caleb Plant and undefeated former titlist David Benavidez, who lost the WBC belt on the scales ahead of his fight against Roamer Alexis Angulo in August.

If Canelo fights those guys, I’ll sign on for Canelo-Yildirim II.

How does Alvarez match up with Yildirim?

Bradley: This is just a stay-busy kind of fight. Canelo fought once last year and he wants to continue to build — not only on his legacy, but also continue to get better. The only way you get better is to go through training camps, get into the ring and show your talent.

When you look at a fight like this, it’s just night and day. You have a counter-puncher in Canelo Alvarez that can set you up on the front foot and the back foot. He can just do a lot of different things, and against someone who’s going to just keep coming forward, always there in front of Canelo, that’s a recipe for disaster for Yildirim.

In a fight like this, Canelo should look very, very impressive, and he should win this fight in spectacular fashion. It should be a highlight reel knockout. SportsCenter top 10, top 10 KOs in all of boxing by the end of 2021 when all is said and done. He can raise his profile and his standing with a KO win, because that’s what a lot of fans want to see.

Yildirim should get stopped before Round 6. He’s a mandatory challenger, who deserves to fight Canelo, according to the sanctioning body. But at this point we know what these sanctioning bodies are about. Moving guys into certain places that can benefit their pockets, their franchise and improve the way their marquee fighters look. Why isn’t a guy like Benavidez, who had that title, one of the youngest guys ever to win that same title, in line for a chance to try to win it back instead?

The only problem I have with where Alvarez is at at this moment: he’s not fighting the best guys right now. He’s winning these belts, challenging guys in different weight classes. You have a guy at 168 in Benavidez that wants all of the smoke, but Canelo won’t fight him. You have a guy in Jermall Charlo that would probably willing to go up to fight Canelo. There’s always talk about how these guys don’t really want the fight, or how the money isn’t right, or how they haven’t fought enough “names” to be worthy of the shot, but come on. Stop it. It’s just a way to avoid a fighter and a fight you don’t want.

What can Yildirim do to keep the fight interesting?

Bradley: Honestly, I don’t see much there. Yildirim is a punching bag. I watched his fight against Chris Eubank Jr., and he got smoked in that fight. I saw him against Dirrell. The Dirrell fight was an exciting, crazy fight and it ended prematurely, but he lost. That’s his most recent fight, and it was two years ago. Now he’s going to step up against Canelo and do better than that?

He’s one-dimensional. There’s nothing that Yildirim should be able to do against Canelo. He doesn’t have that one-punch knockout power. He’s a guy that comes straight forward. His head is always in the middle. He leans forward over his front knee. He’s almost 6 feet tall, and Canelo’s smaller, around 5-foot-9, but we’ve seen Canelo have success against taller guys. And even so, Yildirim and Canelo have the same arm reach.

You look at Yildirim, and he’s fought a few guys, but any time he’s stepped up his class of opponent he’s been destroyed. He looks terrible. He gets beaten. If Canelo does not knock this guy out, he cannot possibly be considered the best pound-for-pound fighter in the world. It’s just a fight. It’s nothing that I would be willing to pay for to watch.

Why is Alvarez risking a unification fight?

Baby: Let’s be honest. Yildirim doesn’t seem like much of a risk. He isn’t considered one of the world’s best super middleweights and hasn’t won since September 2018 against a guy named Lolenga Mock.

Yildirim’s last fight was a 2019 loss against Dirrell, a 36-year-old former champion. For Canelo, this is an easy way to stay busy and take care of a mandatory defense so he can keep the WBC belt.

But perhaps more importantly, it allows Alvarez to make some extra cash while the United States waits for COVID-19 restrictions to loosen up as a vaccine becomes more readily available. It doesn’t make sense for Alvarez to take on a big-name opponent without being able to fully cash in. Boxing’s biggest fights aren’t economically viable without a capacity crowd.

Someone like Yildirim should not pose any problems for Canelo, who is arguably the top pound-for-pound guy in the sport.

If Alvarez wins, who is next?

Baby: ESPN.com’s Cameron Wolfe reported the possibility of a potential Cinco de Mayo showdown against Billy Joe Saunders, which could be a very intriguing fight that should sell well in the United States, Mexico and in the United Kingdom, where Saunders is from. Eddy Reynoso, Alvarez’s trainer, told ESPN on Wednesday that Caleb Plant is another potential option for Alvarez down the line.

But the matchup that will obviously be discussed is another fight against Gennadiy “GGG” Golovkin that could close one of boxing’s best trilogies of the 21st century. If Alvarez is willing to take on another fight before the end of the year and go back down to middleweight, that could be a viable option.

However, if Alvarez wants to stay at 168, a third fight against GGG seems unlikely, especially with Golovkin turning 39 in April.

Biden gets to work on reversing Trump policies with executive orders