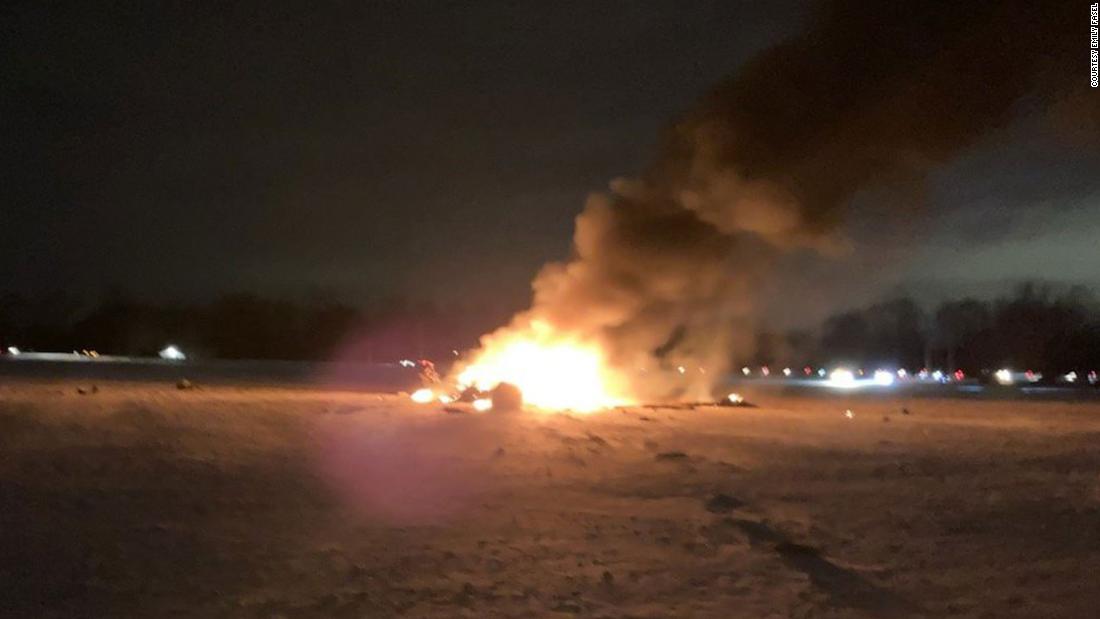 Multiple calls for an aircraft in distress came in around 6:30 p.m., Monroe County Sheriff Todd K. Baxter said in a news conference.

“According to the 911 reports … there were calls of a sputtering, the sounds of an engine and that the aircraft was flying very low, more low than normal,” Baxter said.

First responders arrived to find a helicopter on fire.

“They went into life-saving mode, trying to rescue anybody that could be on the aircraft or in the area,” Baxter said, adding the debris field expands a few city blocks right now, or about 100 feet in each direction.

The helicopter was a UH-60 Black Hawk medical evacuation helicopter. The incident is under investigation, the Division of Military and Naval Affairs said, adding no further information was immediately available.

The Monroe County Sheriff’s Office will conduct a preliminary investigation into the crash, Baxter said. His office will then hand the investigation over to the Federal Aviation Administration and National Guard.

“This is a heavy, heavy burden upon all of us. These are our freedom providers. … We lost three brave Americans today in the service of our country,” Baxter said.

New York Gov. Andrew Cuomo said in a statement he was “devastated” by the soldiers’ deaths.

“National Guard members are our citizen soldiers who voluntarily serve and protect both here and abroad, and I extend prayers and condolences from all New Yorkers to the family, loved ones and fellow soldiers of these honorable heroes who we will never forget.”

The governor directed flags on all state buildings to be lowered to half-staff Thursday to honor the victims.