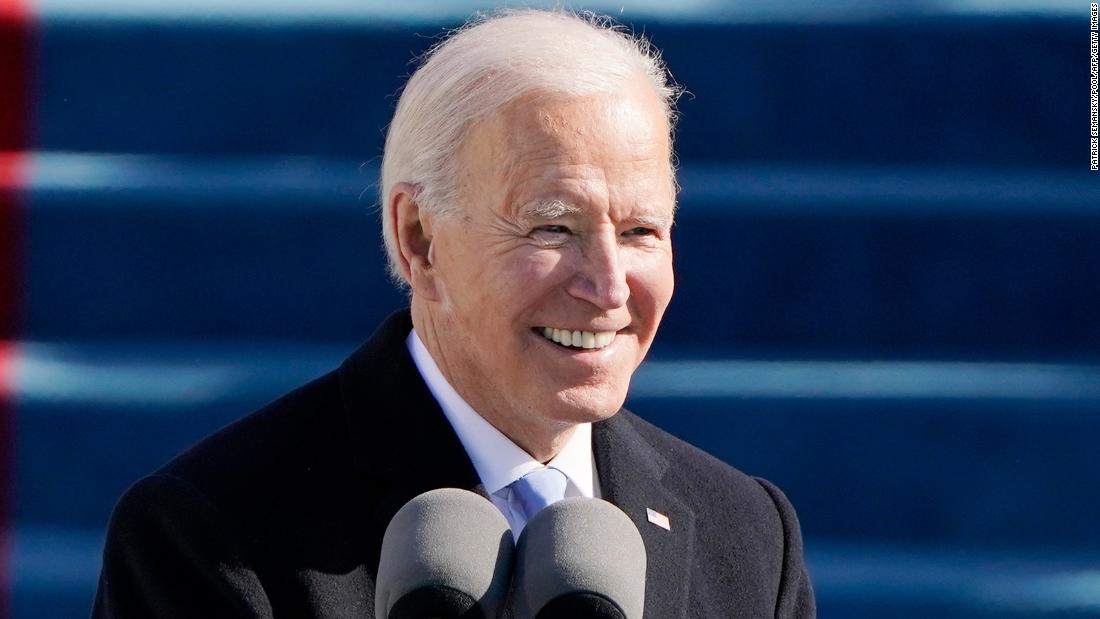 Experts say that rejoining the agreement s is a significant step by the Biden administration to reverse the climate policies of the last four years. But now comes the hard work.

As he takes the reins of the executive branch, the challenges that Biden faces rival any confronted by his 45 predecessors — an out-of-control pandemic, a sputtering economy and the threat of right-wing extremist violence stoked by viral misinformation.

Biden’s action sends a strong message that the US is prepared to cooperate in the fight against climate change and seek to reclaim the leadership role it once held, experts say. Under the agreement, countries are expected to enhance their commitments to curb greenhouse gas emissions every five years.

“It sends a very important signal to the rest of the world on one of the biggest problems we face,” said John Holdren, a professor of environmental science and policy at Harvard University who served as director of the White House Office of Science and Technology Policy under President Barack Obama. “I think it is very important that the US demonstrates once again that it will take the global climate change challenge seriously.”

Biden is also signing a raft of executive orders aimed at gutting Trump’s climate and environmental policies. The orders direct federal agencies to review dozens of rules from the Trump era and aim to reverse any that are “harmful to public health, damaging to the environment, unsupported by the best available science, or otherwise not in the national interest.”

He also directed all federal agencies to review the threats posed by greenhouse gas emissions, especially to the poor, communities of color and young people, who are most vulnerable to the effects of climate change.

When Trump pulled the US out of the accord, it was not the first time that the country had left an international climate agreement after leading the negotiations. The US signed the Kyoto Protocol more than two decades ago under then-President Bill Clinton, only to bail a few years later under President George W. Bush.

The whiplash on federal climate policy the world has felt from the US has damaged its reputation internationally, and experts say other countries will want to see concrete actions to back up Biden’s words.

“There is a lot of skepticism in the international community about the durability of American climate policy,” said David Levaï, an associate researcher at the independent Institute for Sustainable Development and International Relations, who served as a liaison between the French and US delegations in 2015 during the Paris agreement negotiations.

“While it’s not a legal obligation of the Paris agreement, the Biden administration will have to reassure the entire scope of countries in the treaty that the US is fully committed to a certain [emissions] trajectory,” he added.

In 30 days, the US will be back in the agreement. From there, experts expect the pressure on the Biden administration to ratchet up.

Last year was supposed to be the next mile marker for nations to increase their greenhouse gas emission pledges, but the pandemic postponed a major UN climate summit that was scheduled for last fall.

Those climate negotiations are now taking place this November in Glasgow, Scotland, where all eyes will be on the US to submit more ambitious targets to achieve by 2030.

The Biden team is not expected to set the new US goal for emissions reductions immediately, sources familiar with their thinking told CNN.

Instead, it plans to consult with important stakeholders first, including Congress, labor unions, private businesses, mayors and governors. It is expected that Biden will then roll out the goal for reductions of carbon emissions by 2030 — known as the nationally determined contribution (NDC) — before the meetings in Glasgow, the sources said.

Because the agreement is not a treaty, the goal won’t be legally binding. But America’s reputation will be on the line.

“The Biden team should take the time to do this right. Conducting robust stakeholder consultations is important because the Biden administration should gather all of the advice they can, so that when they put something forward it has wide political support,” said Alden Meyer, a senior associate at E3G, an independent climate change think tank. “The world is tired of the US roller coaster. They want to be sure that whatever the US puts forward has some real backing.”

Setting more ambitious goals and charting a path to meet them, even when he is no longer President, will be Biden’s challenge.

During his campaign, Biden set a goal of ensuring that the US achieves net-zero emissions by 2050. Climate experts say the goal is aggressive but achievable.

Soon after his election victory, Biden named John Kerry, the former secretary of state, as his climate envoy, creating a new cabinet-level position focused on the climate crisis. Kerry has said that the climate will be treated “as the urgent national security threat that it is.”

Historically, no country has put more greenhouse gases into the atmosphere than the US, and the country remains the world’s second largest emitter.

China, which today produces more greenhouse gases than any other country, announced last year that it aims to reach peak emissions by the end of this decade and achieve carbon neutrality by 2060.

The climate crisis is getting worse

The state of the global climate also adds urgency to Biden’s task.

During Trump’s presidency, global average temperatures continued to climb. The last six years were the hottest six ever recorded, with 2020 tying 2016 as the hottest year.
Atmospheric carbon dioxide concentrations also climbed to a new high in 2020, reaching levels unseen in millions of years.
Preliminary estimates by the private data analytics firm the Rhodium Group show US emissions did plummet by 10% last year, the largest drop since World War II. But experts attribute most of the reduction to the pandemic, which kept many Americans out of their cars and off planes, and expect emissions to rebound as the effects of Covid-19 wane.
Before the pandemic, US emissions rose in 2018 and then fell by a slim 2.1% in 2019.
In 2019, the UN warned that to hold global warming below the 1.5 degree Celsius threshold, global emissions would need to fall by 7.6% each year from 2020 to 2030.

Real or not – Anthony Joshua-Tyson Fury biggest fight in ’21; Floyd Mayweather-Logan Paul too much of a sideshow