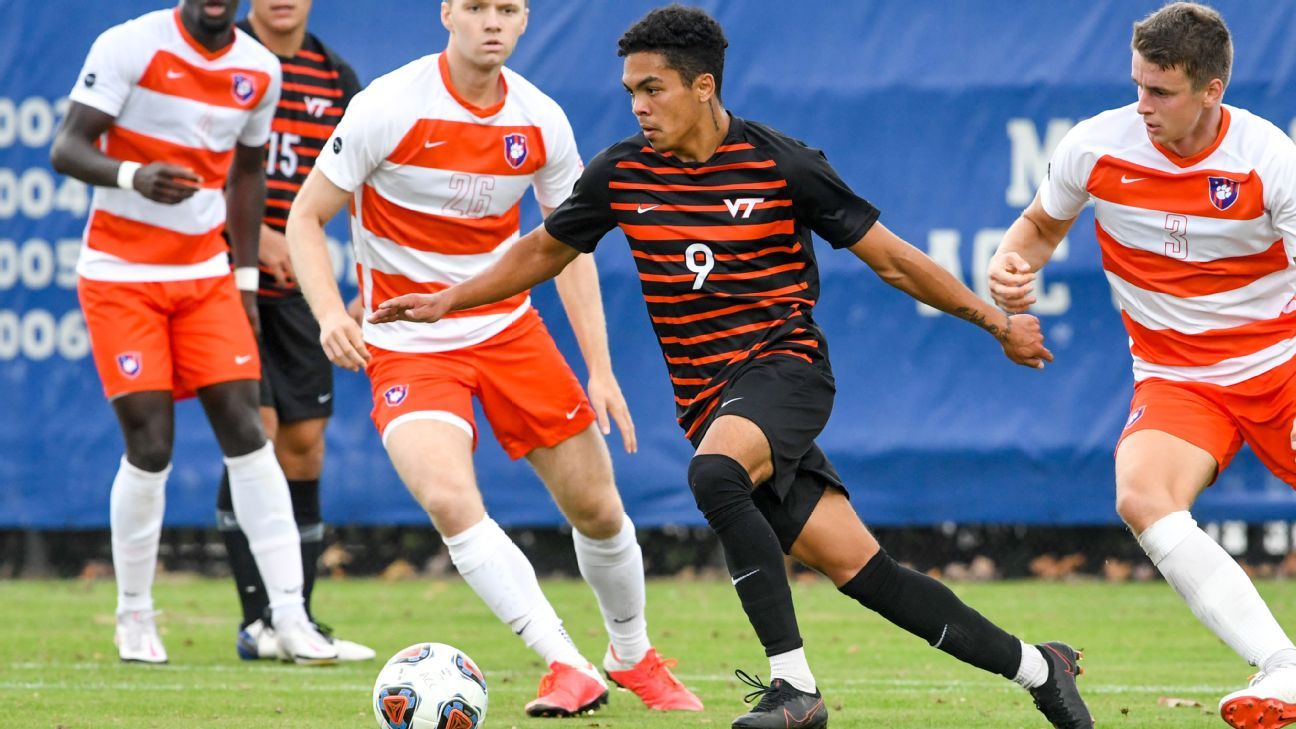 
Austin FC selected Virginia Tech midfielder Daniel Pereira with the No. 1 overall pick in the 2021 MLS SuperDraft on a day in which the first five selections all came from ACC schools.

It was the 2021 expansion team’s first-ever selection in an MLS SuperDraft.

Pereira is projected as a box-to-box midfielder who should provide some depth in midfield alongside Alex Ring. Pereira also signed a Generation adidas contract with MLS, meaning his salary won’t count against Austin’s salary cap.

The pick was something of a surprise given that most mock drafts had Clemson midfielder Philip Mayaka going No. 1, but Pereira was the choice for Austin.

“I wasn’t really expecting to be No. 1 because of all the mock drafts,” said Pereira afterwards. “It’s an honor. I’m really happy. My family is crying. It’s a moment I’ll never forget.”

Pereira added that in his conversations with the Austin staff prior to draft day, he hopes to play in his preferred central midfield role.

“I expect to play my position,” he said. “I’m a No. 8. I like to defend and I like to attack. Hopefully that’s where they see me.”

A native of Venezuela, Pereira moved to the U.S. with his parents seeking asylum when he was a teenager.

“We decided to move to the U.S. for a better life. My parents did it for me, and I’m thankful every day,” he said.

With the second overall selection, FC Cincinnati selected another Generation adidas signee in Wake Forest midfielder Calvin Harris, who was viewed as being the best attacking prospect in the draft.

The Colorado Rapids had acquired the No. 3 pick earlier in the day via a trade with the Houston Dynamo, and with Mayaka available, the Rapids pounced to select the Clemson midfielder, who is another prospect that can play box-to-box given his range and passing ability.

D.C. United had the next two selections, its own at No. 4 and then No. 5, which it acquired from Atlanta United. The Black-and-Red selected forward Kimarni Smith of Clemson. A native of Nottingham, England, Smith led the nation in goals in 2020 and can either play wide or as a central striker. DCU then selected defender Michael DeShields from Wake Forest.

The Houston Dynamo had the No. 6 pick, and broke the streak of ACC players being selected by opting for University of Washington defender Ethan Bartlow, who was viewed in some quarters as being the top center-back in the draft.