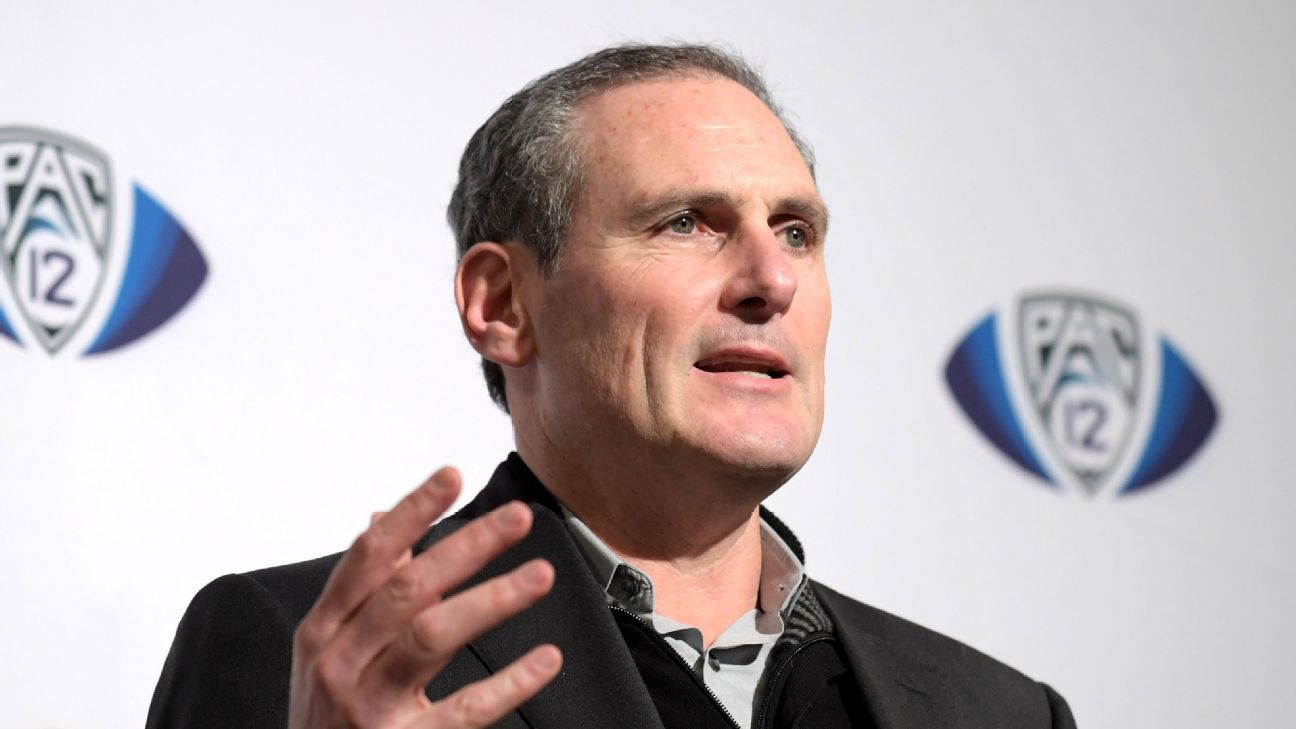 In a statement, the conference said Scott will remain on the job until June 30 and assist in the transition.

His current contract was set to expire in June 2022.

“We appreciate Larry’s pioneering efforts in growing the conference by adding new competitive university programs and accelerating the Pac-12 to television network parity with the other conferences,” said University of Oregon president Michael Schill, the chair of Pac-12 CEO Group. “At one point, our television agreement was the most lucrative in the nation, and the debut of the Pac-12 Network helped deliver our championship brand to U.S. and global markets on traditional and digital platforms.

“That said, the intercollegiate athletics marketplace doesn’t remain static, and now is a good time to bring in a new leader who will help us develop our go-forward strategy.”

“I was in pro sports for 20 years, I’ve now been in college athletics for more than 10 years, and now is a great time in my life to pursue other exciting opportunities,” Scott said in a statement. “This moment, when college athletics are moving in a new direction and with the Conference soon commencing the next round of media negotiations, it seems the right time to make a change.

“It is important that the conference be able to put in place the person who will negotiate and carry out that next agreement. Based on the recent robust valuation and marketplace interest we’ve received from traditional and nontraditional media organizations, I am confident the conference is well-positioned for continued success. I appreciate the support of the Pac-12 member institutions and a very talented staff, with whom it has been my privilege to work.”

In a meeting with the Pac-12 CEO Group last week, Scott said the Pac-12 presidents and chancellors expressed to him a belief that a change in leadership would make sense.

“And I had a chance to express to them at the same time that I have been thinking that the time is right for me to exit for personal and professional reasons,” Scott told ESPN. “And so became a pretty quick and easy conversation. It didn’t take us long, a few days, to kind of figure it out.”

Scott, 56, was hired as commissioner of what was then the Pac-10 in July 2009, after previously serving as chairman and CEO of the Women’s Tennis Association. During his tenure, the conference expanded to include Utah and Colorado in 2011 and added a football championship game. Those additions helped secure a 12-year, $3 billion media rights deal with Fox and ESPN that set the standard for college sports at the time. The Pac-12 also agreed to equal revenue sharing for the first time under the new deal.

But his time will largely be defined by the launch of the Pac-12 Network in 2012.

Scott had hoped that by the conference having full ownership of the network, it would eventually position the schools to cash in big on a changing media landscape, being less dependent on traditional TV networks. That never panned out. While Pac-12 revenue has steadily risen in recent years — the conference distributed more than $32 million per school after the 2018-19 academic year — its members still lag behind the Big Ten ($55 million per school) and SEC ($45 million per school), which partnered with Fox and ESPN, respectively.

Scott also has been criticized for moving the Pac-12 offices out of Walnut Creek, California, to San Francisco, which drove up operating costs. He was the highest-paid conference commissioner at $5.4 million for 2019-20, according to USA Today. Between 2009 and 2019, Scott earned $36,057,637, according to tax records, and assuming he is paid out for the rest of his contract, he will have earned roughly $50 million as the Pac-12 commissioner.

The combination of the Pac-12’s lavish spending and his massive contract were two significant factors that made Scott a lightning rod for criticism, especially over the past few years.

Under Scott’s leadership, the conference remained a powerhouse in several sports, but its success in football and men’s basketball was limited. No Pac-12 team won a national title in either sport and just one — Oregon, in 2017 — reached the men’s Final Four.

“This last year with COVID was a time where I took a step back with my wife and reflected on whether this is what I want to keep doing or not,” Scott told ESPN. “I think it’s been a time of introspection for a lot of people and realized I’m in my prime and I’m not necessarily enjoying this as much as I once did — and I want to be passionate about what I’m doing and be part of being able to transform and grow an organization, like I did when I arrived here. That’s what I’m looking for.”