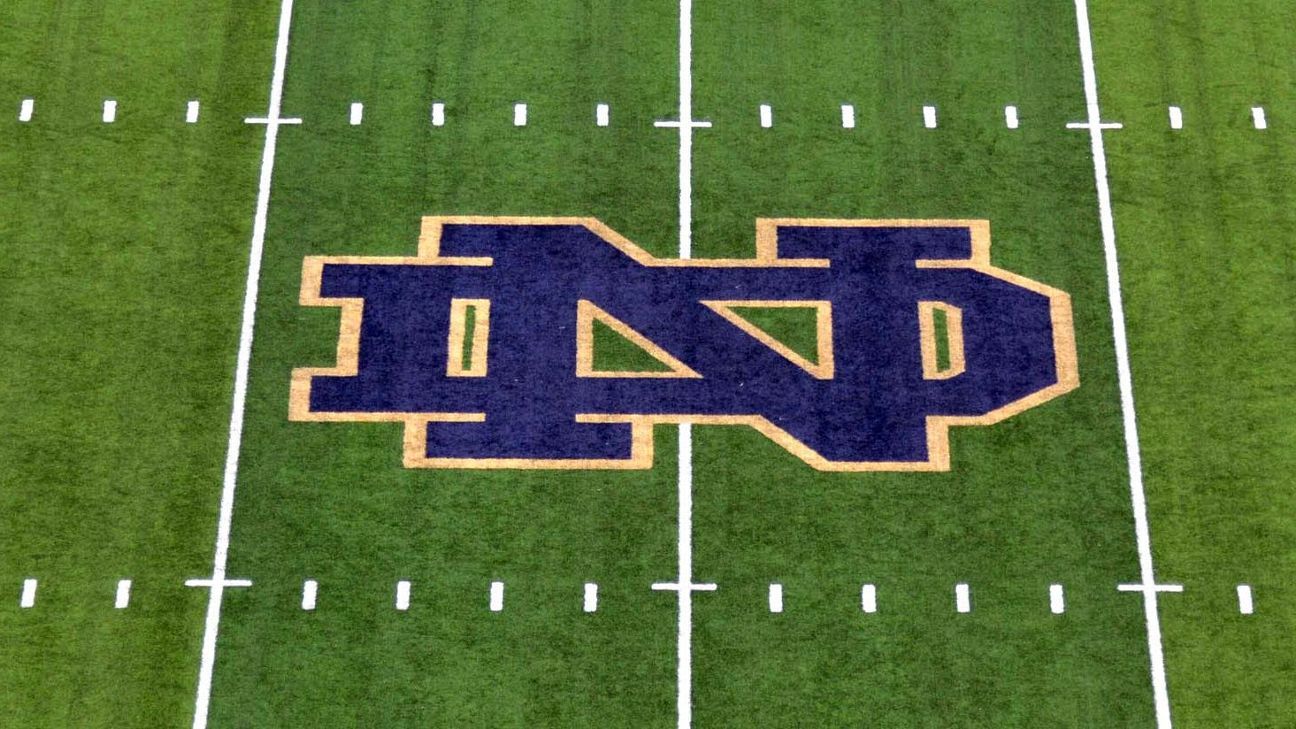 
The NCAA placed Notre Dame’s football program on probation for one year on Thursday, after the sides agreed that a former assistant coach had impermissible off-campus recruiting contact with a high school player in January 2019.

Sources told ESPN on Thursday that those involved were former cornerbacks coach Todd Lyght and linebacker Sav’ell Smalls of Garfield High School in Seattle. Lyght, an All-America cornerback at Notre Dame in 1989, was fired in January 2020.

Smalls, the No. 15 prospect in the 2020 ESPN 300, signed with Washington. He was involved in similar infractions cases involving Florida’s Dan Mullen and Texas A&M’s Jimbo Fisher, which led to the head coaches receiving show causes last year for improper recruiting contact. The Gators and Aggies were also placed on probation for one year and were no longer permitted to continue recruiting Smalls.

The NCAA found that Kelly also had impermissible off-campus contact with a prospect in October 2019 when the player recognized the Irish head coach walking through a high school cafeteria in Pickerington, Ohio, and asked him to take a photo. The NCAA said Kelly initially declined before ultimately allowing the photo.

In addition to the probation, the Fighting Irish were fined $5,000 and face other recruiting restrictions, including one less official visit, 14 fewer days for unofficial visits and a seven-day off-campus recruiting ban for the entire coaching staff this spring.

Schools aren’t currently allowed to have coaches recruit off-campus or host high school prospects for official visits through April 15 because of the COVID-19 pandemic.

The infractions case was adjudicated through the NCAA’s negotiated resolution process. The school and NCAA agreed that the case involved Level II and Level III violations.

According to the negotiated resolution — which did not name the coach or recruit — the assistant coach had impermissible contact with a player at his high school in Seattle on Jan. 15, 2019, which was before July 1 after his junior year. The assistant met with the prospect privately and discussed Notre Dame’s interest in recruiting him, the value of the university’s education and its defensive schemes.

The assistant coach also sent 10 impermissible text messages to a 2021 recruit before it was allowed under NCAA rules. The NCAA said the coach mistakenly believed the prospect was part of the 2020 class.

The assistant coach was given a six-month show cause through July 20 by the NCAA.

President Biden and unity: Can the next generation unify America?