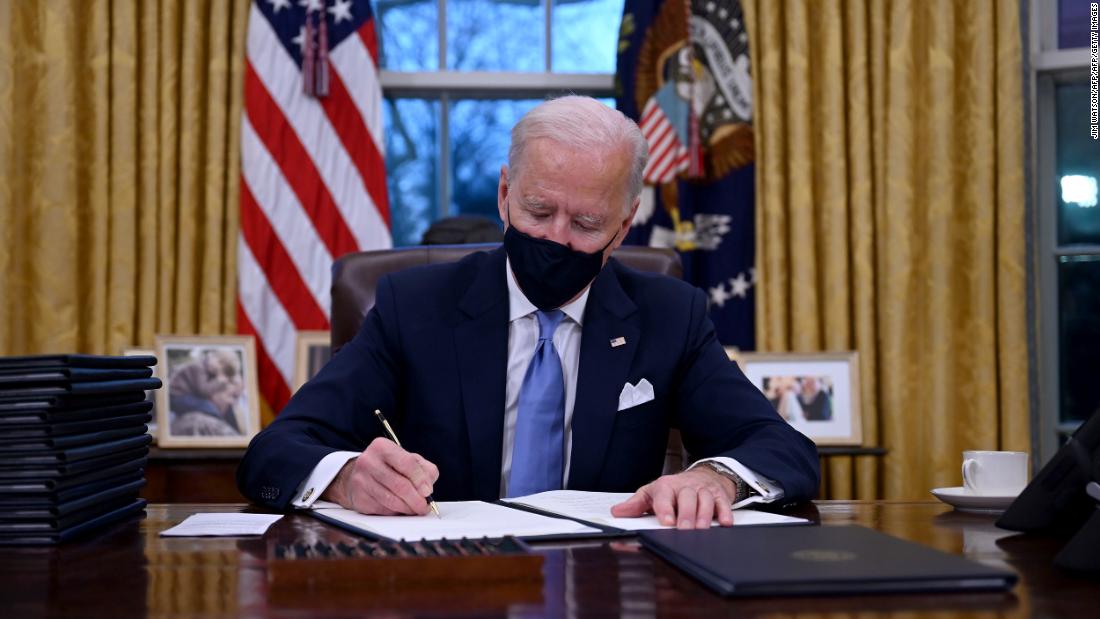 Many commentators breathed a sigh of relief. One of the most common refrains of the historic day was: “the system worked.” In his inaugural address, Biden himself proclaimed: “democracy has prevailed.”

Of course, this is true. Donald Trump has left the White House. The violence that rocked Capitol Hill on January 6 was not repeated.

But just because the constitutional system worked doesn’t mean it was inevitable that this would happen. It didn’t work so much as it survived. Indeed, what was extraordinary about the past few weeks was just how frail our constitutional system can be in an era of intense polarization and when one party has been radicalized. When a President and his party are willing to do whatever is necessary to achieve and retain power, it’s possible that the system we cherish won’t function. Had Republicans controlled the House of Representatives or had the election been closer, it isn’t hard to imagine how the effort to overturn the results might have been successful.

Under tremendous stress, the system depended on individuals and organizations who took steps to rein in the chaos. There were of course the millions of voters and activists who mobilized over the years to make certain that Democrats and independents leaning their way turned out and enjoyed a sizable popular vote victory in 2020.

Everyone understood that if the results looked like 2000, chaos would erupt. Were it not for the hard work of activists like Stacey Abrams and the New Georgia Project, for instance, Georgia wouldn’t necessarily have turned blue. There were thousands of suburban women who have been doing the hard work of registering and canvassing at the local level since 2016 to make certain that a reckless commander in chief did not win reelection. Organizations such as Indivisible worked tirelessly throughout the election. With the pandemic threatening the ability of Americans to vote in person, it took a huge push by all of these groups and other volunteers to work the phone banks, send the texts and go online to make sure that everyone understood how to send in their vote.

The system also wouldn’t have worked had it not been for the judges ruling on challenges to voting in states like Michigan and Pennsylvania who rebuffed the administration’s campaign to discredit legitimate votes based on false claims of voter fraud. The judges spanned those appointed by Democratic presidents to others appointed by Trump himself, none of whom were willing to move forward with his claims. Had any of them done so, the dominos could have fallen very quickly in a different direction.

“Free, fair elections are the lifeblood of our democracy,” wrote Judge Stephanos Bibas, a Trump appointee, in the unanimous decision of the US Circuit Court of Appeals. “Charges require specific allegations and then proof. We have neither here.” Two other judges — appointed by President George W. Bush — signed onto the decision.
There were election officials throughout the swing states who refused to be intimidated by the President. There was nothing inevitable about their doing so. Many faced serious threats from the pro-Trump mob for their refusal to overturn the election. “It has to stop,” Georgia Republican election official Gabriel Sterling said of the threats during a news conference in early December. “Mr. President, you have not condemned these actions or this language … This is elections. This is the backbone of democracy, and all of you who have not said a damn word are complicit in this. It’s too much.”
We needed the talented reporters who worked within a chaotic media landscape to keep a clear eye on what was happening in the post-election period. There were numerous stories over the past month that kept hammering away at the falsehoods behind the President’s claims, pushing back against allegations of massive fraud and showing through reality-based analysis what was real. More reporters and headline writers were willing to talk directly about what the Republicans were doing in honest terms, calling out lies for what they are.
Members of Congress deserve credit for stepping back into the chambers to finish the certification process after having their lives threatened on January 6. Although some Republicans continued with their groundless election fraud rhetoric, many returned trembling to make sure that the mob did not win.
The system also depended on leaders in the armed forces who publicly made clear that they served the country, not the President, and to everyone who made sure that Wednesday’s events ran smoothly. Capitol Police officer Eugene Goodman, who escorted Vice President Harris at the inauguration, heroically moved the rioters from where US senators were hiding during the electoral vote certification process. Had the rallies and violence that took place on January 6 happened on Inauguration Day, the situation could have been perilous. But after the massive failures of the insurrection, this time all the authorities involved made sure that the events in Washington could proceed smoothly.

These are perilous times, and we shouldn’t try to move forward in order to magically heal. The problems exposed in our system are real. We can’t always depend on people doing the right thing. That means we need our new leaders to spend time investigating what happened to make sure that stronger checks and balances are put into place to prevent any unhinged presidents from doing what Donald Trump did in future lame-duck periods. Otherwise, the outcome might be very different the next time around.

This piece has been updated to note the role of Capitol Police officer Eugene Goodman, who was honored at the Inauguration.