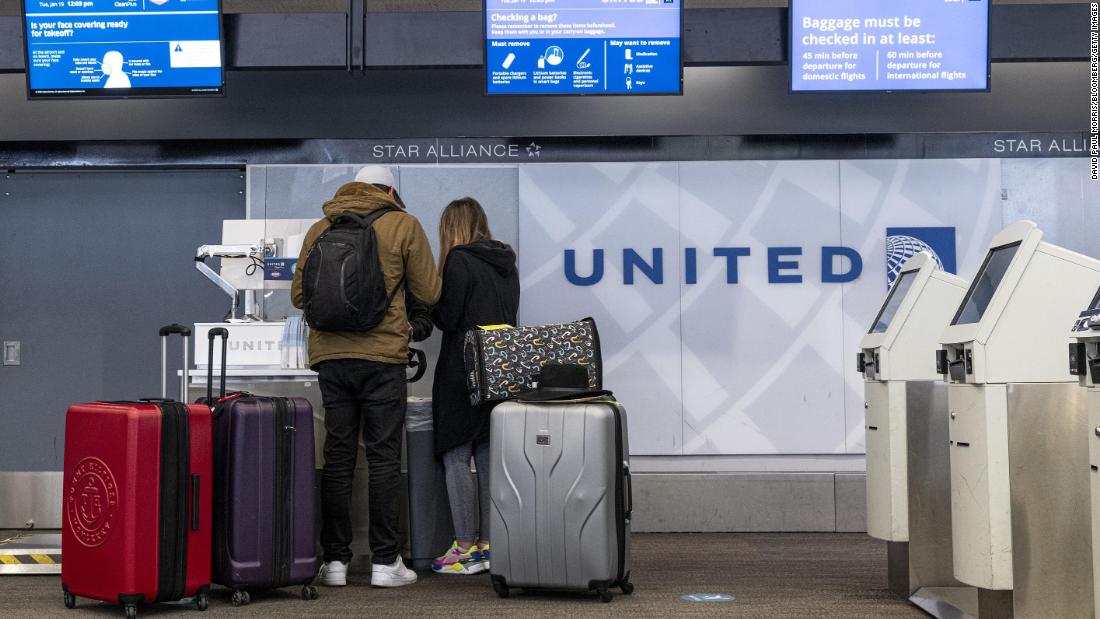 What’s happening: The airline told investors after markets closed on Wednesday that its losses are mounting and emphasized plans to keep cutting costs. Shares are down more than 2% in premarket trading.

Such news is in sharp contrast to the view from the broader market. The S&P 500 and tech-heavy Nasdaq Composite both hit all-time highs on Wednesday as tech stocks continued their ascent.

Of particular note was Netflix (NFLX), whose shares rallied nearly 17% on Wednesday after the company said it had passed 200 million subscribers as people stayed home during the pandemic. It’s considering using extra cash to fund stock buybacks.

“After internet access, Netflix may be the most important subscription we have at home,” Ed Yardeni, chief investment strategist at Yardeni Research, said in a research note Thursday.

United, meanwhile, is struggling just to make it to the other side of the crisis, which has triggered a plunge in demand for flights. The company has borrowed billions of dollars to keep funding its operations, but still burned through an average of $33 million per day last quarter. It doesn’t expect its profit margins to exceed 2019 levels until 2023.

Investor insight: While Netflix shares have rallied 73% over the past year, United Airlines’ stock is down 47%.

Such divergence is a reminder that a huge gap still exists between those that can take part in the pandemic economy and the companies still stuck on the sidelines as vaccination efforts ramp up.

Plus, while the US economy may experience rapid growth in the second half of 2021, any boom won’t be felt evenly across sectors.

“Admittedly, analysts’ forecasts for earnings in sectors that have benefited from the restrictions to activity during the pandemic, like communication services, health care and information technology, are quite upbeat,” Simona Gambarini of Capital Economics told clients this week. “But the earnings of firms in sectors like real estate, energy and financials, which have been hit really hard by the crisis, are still expected by analysts to be much lower on average in 2021 than in 2019.”

The latest: Part of a raft of executive actions, Biden reversed several of Trump’s attempts to withdraw from international agreements shortly after he was sworn in. He began the process of rejoining the Paris climate accord and halted the United States’ departure from the World Health Organization.

“Business Roundtable strongly supports the US rejoining the international effort to combat climate change and create a healthier, more sustainable future,” the powerful lobby said in a statement.

Big picture: Many businesses worried that America’s disengagement during the Trump era meant they’d have less of a voice when setting policy, while the direction of travel in many other advanced economies was clear.

The US Chamber of Commerce also applauded the climate move and said it was “encouraged” by Biden’s commitment to fixing the nation’s immigration system. He intends to provide a multi-year pathway to citizenship for the millions of undocumented immigrants currently in the United States.

There’s already tension on other fronts, however. Companies are extremely apprehensive about an increase in corporate taxes and regulation, which Biden pledged on the campaign trail. Business groups also criticized Biden’s decision to revoke the Keystone XL pipeline permit.

“It will harm consumers and put thousands of Americans in the building trades out of work,” the US Chamber of Commerce said in a separate statement.

Is a big infrastructure bill finally on the cards?

Biden is now president of the United States, and Democrats have gained control of the Senate along with the House. My CNN Business colleague Paul R. La Monica asks: Does that mean it’s finally the time for Congress to pass a big, bold infrastructure spending bill that can help boost the economy?

There were high hopes for movement on infrastructure over the past four years. Ultimately, not much happened — save for extending funding for the Obama-era Fixing America’s Surface Transportation Act for an additional year when it was set to expire in September 2020. The money for the program now runs out at the end of September.

More will be needed, and some experts say it is doable even in a politically fractured environment.

“With the slim majority the Democrats have in the Senate, infrastructure spending is probably going to be one of the less controversial measures and could be implemented,” said Gautam Khanna, senior portfolio manager with Insight Investment. “A $1.5 trillion to $2 trillion package — somewhere in that zone — could get through.”

Investor insight: Some of that optimism is already reflected in markets. The iShares US Infrastructure ETF, which tracks companies that would benefit from greater infrastructure spending, has jumped 17% since the November election. The S&P 500 is up 14% over the same period.

Analysis: The China trade war is one thing Joe Biden won't be rushing to fix