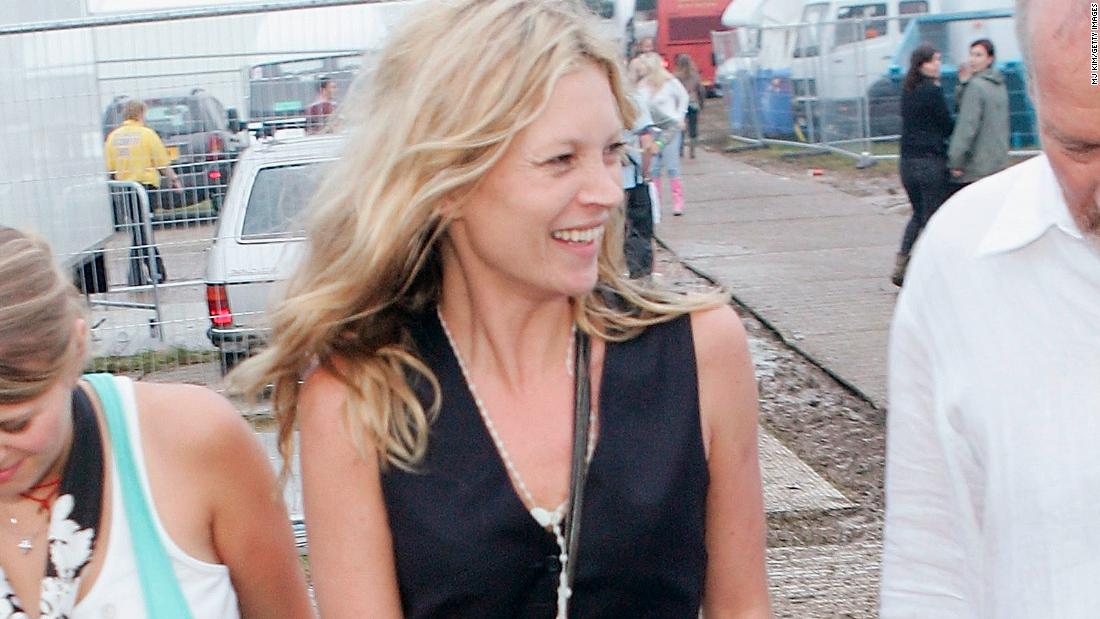 Remember when Kate Moss wore wellies (that’s rain boots for those outside the UK) to Glastonbury?

Following Thursday’s announcement that the historic festival will be canceled for the second consecutive year due to the Covid-19 pandemic, we look back at one of its most memorable fashion moments with a certain sadness. After all, no British summer would be complete without copious amounts of mud.

And no one has conquered it quite like Moss.

Almost 16 years ago, Britain’s best-known supermodel broke fashion’s proverbial fourth wall and joined the mortals in muddy their muddy squalor. Sure, she’d probably spent the weekend glamping in the festival’s VIP zone. But a filthy field is England’s great leveler — and during those brief, well-photographed walks through the Glastonbury grounds, cigarette in hand, she was just like us.

Until, that is, her choice of practical footwear transformed festival fashion and helped save a heritage boot maker from the brink of obsolescence.

It was the summer of 2005 and Moss was near the height of her powers. Media interest in her festival whereabouts was amplified by a fixation with her then-nascent dalliance with Pete Doherty. But while The Libertines’ frontman certainly looked more at home in the conditions, it was Moss who grabbed the limelight.

Matching a pair of classic black Hunter rain boots with a waistcoat, short shorts and studded belt (and later a glittering tunic), the model was a picture of understated glamor. Below the knee her look was interchangeable with that of a Somerset pig farmer. But above it, she could just have easily emerged from a Chelsea mansion to a well-placed paparazzi ambush.

The images quickly went viral (or as viral as they could in the pre-social media age). The bastion of mid-1990s so-called “heroin chic” had become the face of its slightly older, more respectable cousin: mid-2000s festival chic.

In the process, wellies secured their place in the popular imagination. No longer the preserve of agriculture, they had become a rubbery status symbol best matched with trilby hats, cravats and other questionable noughties accessories. This once-practical boot had morphed into bourgeois badge of honor indicating that the wearer was prepared to “rough it” and still look fabulous (the drug-afflicted rockstar boyfriend remained an optional part of the look).

Suddenly, festival wear became its own category of clothing, something far greater than an amalgam of items you didn’t mind ruining. But an even more profound transformation was also taking place — that of the then-struggling Hunter Boot Limited.

The Scottish brand’s true heyday may have been during the World Wars, when it produced huge quantities of waterproof boots for the front lines. But never before in the company’s then 149-year history had its sensible footwear been so desirable. While one shouldn’t overstate the power of the Moss effect (her endorsement couldn’t save the boot maker from entering administration in 2006), it helped set in motion a remarkable turnaround in the company’s fortunes.

By 2007, the firm was under new ownership and reporting an 85% increase in year-on-year sales. It has since become a bona fide festival fixture, producing rainwear, outerwear and boots in all manner of colors and styles.

Once prized for keeping gangrene at bay in the trenches, Hunter has completed the ultimate 21st-century transformation to become the rainy-day boot de jour for celebrities from Rita Ora to Rihanna, Cara Delevingne to Alexa Chung.

And to think that all Kate wanted was a pair of snug, dry feet.