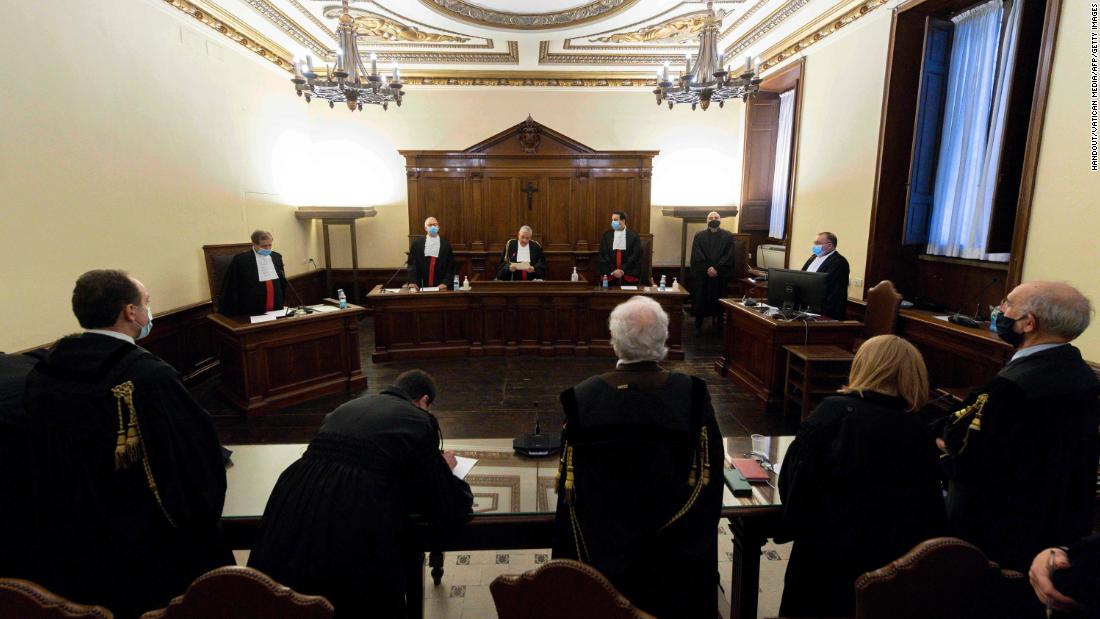 
The 81-year-old was handed an eight year, 11 month jail term on Thursday, making him the highest-ranking Vatican official to be convicted of a financial crime. His lawyer is appealing his sentence.

Caloia was president of the bank known as Institute of Works of Religion (IOR) from 1999 to 2009. He and two lawyers who consulted for the bank were charged with embezzling money while managing the sale of Italian real estate owned by IOR between 2001-2008, allegedly declaring less than the actual amount of the sale.

Each man will also have to pay fines and are banned from public office in perpetuity, according to a press release from the Vatican.

All three denied wrongdoing during the trial, which started in 2018.

The Vatican bank has long been plagued by financial scandals.

In September 2020 Giovanni Angelo Becciu, one of the Vatican’s powerful cardinals, resigned from his post amid financial scandal.

At the time Becciu said he was accused of embezzlement and proclaimed his innocence during a press conference after effectively being fired by Pope Francis.

In 2013, Pope Francis set up an expert committee to recommend reforms to the economic and administrative structures of the Holy See, to combat the problem.