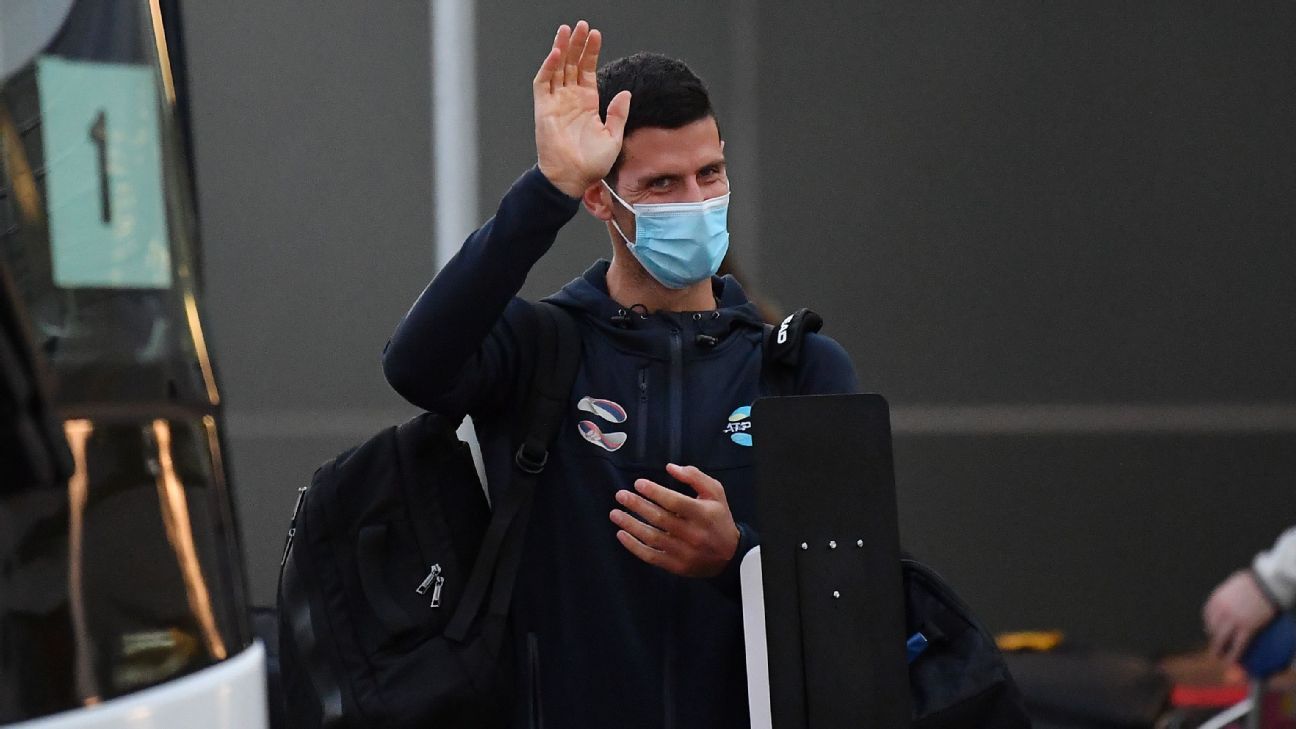 As anyone who has been paying attention knows well by now, it has been a newsworthy week in Melbourne ahead of the 2021 Australian Open. Following positive tests on three of the charter flights that arrived to the city last week and the subsequent isolation of 72 players, there has been a dizzying amount of speculation about what the tournament will look like when it finally gets underway on its scheduled start date of Feb. 8.

Craig Tiley, the tournament director, has publicly insisted the event will not be delayed further, despite the current challenges for many of the players, and he rejected other modifications, including the suggestion of men’s players playing best-of-three sets as opposed to the normal five.

“These are high-performing athletes, and it is hard to keep a high-performing athlete in a room,” Tiley said during an interview with Nine Network this week. “This is the contribution that they have to make in order to get the privilege of when they do come out to compete for $80 million ($62 million U.S.) in prize money.”

Some players have publicly expressed their frustrations to the current situation, including Alize Cornet and Roberto Bautista Agut, who are both in the “hard quarantine” protocol. Novak Djokovic, the World No. 1, provided a list of suggestions to Tiley to help the impacted players. All were met with heavy disapproval by the Australian public, which criticized the players’ lack of awareness to the larger societal issue in relation to the virus, and the three players have since issued apologies.

So what does all this mean for the year’s first major? Here are some of the biggest questions and answers entering the event.

Will spectators be allowed on the grounds?

The Australian Open will have spectators with organizers hoping for between 50% to 75% capacity, a number to be finalized in February, but it will be a very different experience to the festival-style atmosphere the Slam has become known for over the years.

Melbourne Park will be split into three distinct ticketed zones, to effectively “bubble” fans. The three zones will allow tickets to be purchased for one of the three main arenas in socially distanced groups of one to six seats. Ticket holders will be able to access only their seats, plus any outside courts, public viewing areas and facilities within their zone.

What are the testing protocols for players and family members who traveled with them?

Tennis Australia organized charter flights that brought 1,200 players, support staff and family members to Melbourne and Adelaide for a modified version of Australia’s 14-day quarantine procedure for international arrivals. Everyone was tested for COVID-19 before boarding and upon landing.

A further test is taken on Day 2 and if negative, players are permitted to leave their hotel rooms for five hours training under strict biosecurity protocols.

If anyone returns a positive result, they revert back to a hard quarantine, which involves a mandatory 14 days solely in their hotel room. This will also apply to anyone who has been on the same flight as the positive case, as they would be considered a close contact. This already has impacted preparations for the Open with 11 positive cases to date, including Spain’s Paula Badosa, resulting in 72 players forced into the 14-day lockdown.

The tournament’s stars and top seeds — including Djokovic, Rafael Nadal and Serena Williams — are quarantining in Adelaide ahead of the warmup tournament at the end of January, and they have been allowed to bring larger entourages with them and use hotel gyms.

How has Tennis Australia’s response to the initial quarantine of players been received, locally and globally?

The quarantine rollout for the Australian Open has not been well received locally. Despite Australia’s management of the COVID-19 pandemic being among the most effective in the world, there are still large numbers of Australians currently overseas and unable to return due to the Federal Government implementing a cap on the number of international arrivals in an effort to not overwhelm the hotel quarantine system. This, coupled with spiraling flight costs, and an absence of flight options — Emirates suspended all flights into the country earlier this month — has led opposition politicians, media commentators and many members of the public to express their concern at the perceived double standard.

The initial negative reaction by some players to the hotel quarantine also was frowned upon in Melbourne, whose citizens endured a three-month hard lockdown in the middle of 2020, following spiraling cases of COVID-19 that originated from returned travelers in quarantine hotels where protocols were not followed correctly. For many in Victoria, the risk of a new outbreak when they have been through two lockdown cycles is seen to be too great.

Which players have been most outspoken about the tournament’s protocols?

Many players initially took to social media to express their frustration with the enforced 14-day quarantine following positive cases on their flights. However following a local social media backlash, many of those have walked back their comments, with Alize Cornet posting on Monday, “Your reaction to this tactless comment made me realise what you’ve been through last year and how much you suffered. I guess I feel a bit anxious about all this and I better have shut my mouth.”

Djokovic, the world No. 1, reportedly sent Tiley a list of demands for relaxation of restrictions that included moving players into private homes with tennis courts, a reduced quarantine period and better food and fitness equipment delivered to players’ rooms.

Have the WTA and ATP tournaments ahead of the Australian Open been changed or affected?

Just like the Australian Open itself, the lead-in events will look quite different in 2021, with play going ahead in only Melbourne and Adelaide.

Over in South Australia, a one-off event dubbed “A day at the Drive” will be staged on Jan. 29 and feature some of the world’s top players, including Serena Williams, Nadal, Djokovic, Dominic Thiem, Simona Halep and Naomi Osaka. Play will take place at the Memorial Drive Tennis Centre in Adelaide, and each professional will feature in just one session.

The popular ATP Cup will return in 2021, however, this year it will be staged in Melbourne. The one-week tournament begins on Feb. 1 and will feature 12 teams.

The only other event that will be staged on Australian soil is the WTA’s Adelaide International, which, interestingly, will begin on Feb. 22, following the conclusion of the Australian Open.

The transportation industry lost more than 250,000 jobs, forcing workers to the brink of starvation

‘No Time to Die,’ the new James Bond film, is delayed once again