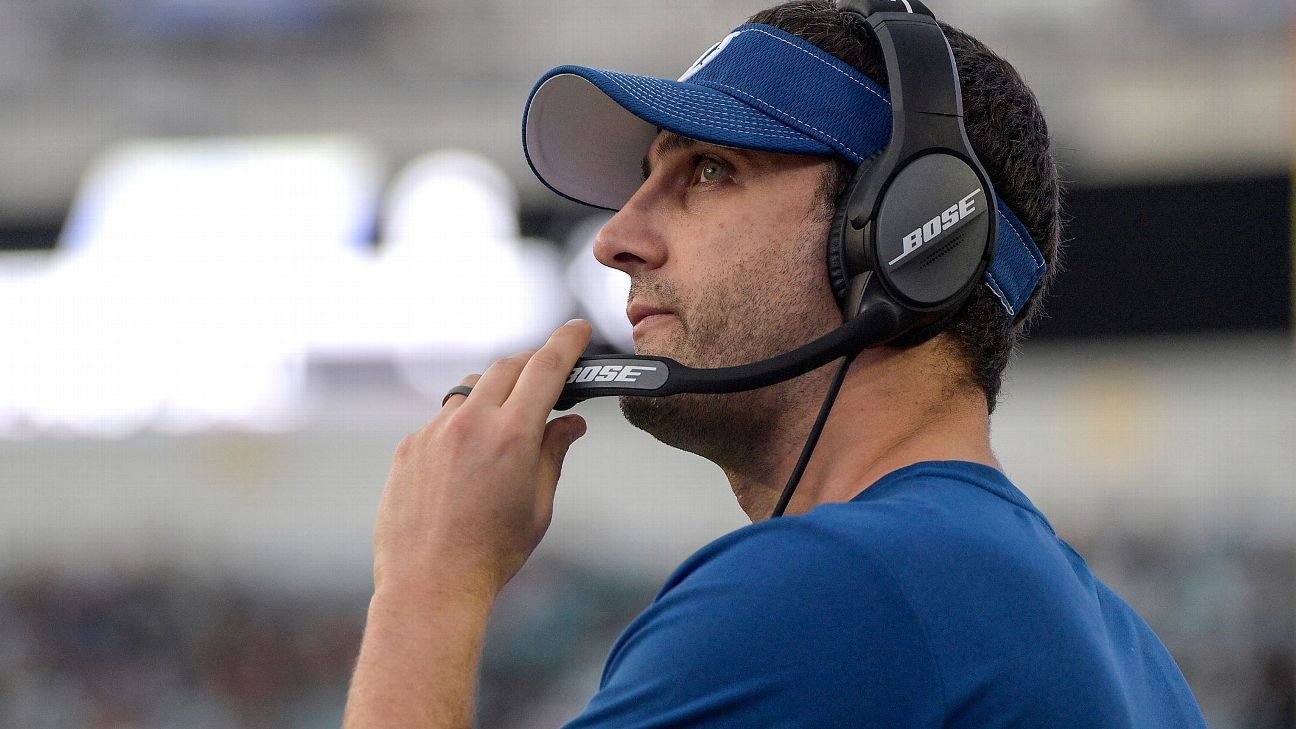 
PHILADELPHIA — The Philadelphia Eagles cut against the grain Thursday by selecting Indianapolis Colts offensive coordinator Nick Sirianni to be their next head coach.

But in the end, the Eagles ended up going with the 39-year-old Sirianni, who follows the only Super Bowl-winning coach in the team’s history, Doug Pederson. He comes to Philadelphia without any playcalling experience and with some major shoes to fill.

What does this mean for quarterback Carson Wentz?

• Hiring grades: Why we like Smith in ATL »
• Latest buzz on coach openings »
• Jaguars’ Meyer must answer key questions »
• Why Saleh will be a home run for Jets »

Once Eagles owner Jeffrey Lurie fired Pederson on Jan. 11, it became clear the Eagles preferred the path of trying to keep and fix Wentz instead of trading him, and they gravitated toward candidates who were on the same wavelength. Wentz was at his best when Colts coach Frank Reich was the offensive coordinator in Philadelphia. Sirianni was Reich’s right-hand man in Indianapolis and coached quarterbacks in San Diego when Reich was the Chargers’ O-coordinator in 2014 and 2015.

Sirianni has majored in the QB position and is in lockstep with Reich, whom Wentz trusts fully. The odds of Wentz staying in Philadelphia went up when Pederson was fired and likely ticked up another few notches with this decision on this coach.

What drew the Eagles to Sirianni?

Philadelphia had an interview with Sirianni on Tuesday that reportedly spilled into the next day. Buzz began picking up soon thereafter that he was a front-runner for the job alongside McDaniels. He helped the Colts finish in the top 10 in offense two of the past three seasons despite a rotating cast at quarterback. He similarly got a lot out of the Chargers’ receivers when he was their position coach from 2016 to 2017.

A source said Sirianni has “great people skills,” is good with player evaluation and has a strong work ethic. Though maybe not the loudest of personalities, Sirianni is said to have more of an edge to him than it may first appear.

There are also internal dynamics to consider. Lurie and general manager Howie Roseman are deeply involved in the Eagles’ football operations. In order for that power structure to stay intact, the coach has to be amenable to it. Sirianni doesn’t come in with the clout of a McDaniels, for instance, and will likely be fine initially with fitting into that construct and focusing on the coaching side of things.

Did the late start affect whom Philadelphia could hire as coach?

Yes. The Eagles had interest in Arthur Smith, Robert Saleh and Brandon Staley, but those candidates were too far down the road with other teams to seriously consider reversing course once the Eagles jumped into the mix after waiting a week to fire Pederson.

With the hot names quickly scooped up, the only real course of action was to take a deliberate approach and find the right fit.

The Eagles were also coming off a train-wreck 4-11-1 season and didn’t enter the market from a great position of strength. Questions about how things ended with Pederson, the tricky quarterback situation with Wentz and 2020 second-round pick Jalen Hurts, and the poor salary-cap outlook for 2021 impacted the job’s attractiveness.

What are the concerns about Sirianni?

Sirianni has never called plays. Will he assume those responsibilities while adjusting to his first head-coaching gig? He’ll be making that big leap while operating in one of the country’s most intense media markets. His previous NFL stops were Indianapolis, Kansas City, San Diego and Los Angeles. He’s in store for a whole different experience in Philly.

Sirianni must now build out a staff. The pool has already shrunk with assistants around the league getting snatched up by other new coaches. That process needs to begin in earnest.

Is it the right hire?

There was a strong case to be made for Duce Staley. The degree to which current and former players advocated for him both publicly and behind the scenes is very rare. Staley has the respect of everyone within the Eagles organization, can command a room like few others and earned the opportunity after 10 years as an assistant in Philadelphia, including the past three years as assistant head coach.

There is a legitimate question as to whether Staley’s blunt style would have vibed with Wentz, but there’s a case to be made that you should hire the best coach and let the coach guide the team, and the quarterback room, the way that person sees fit.