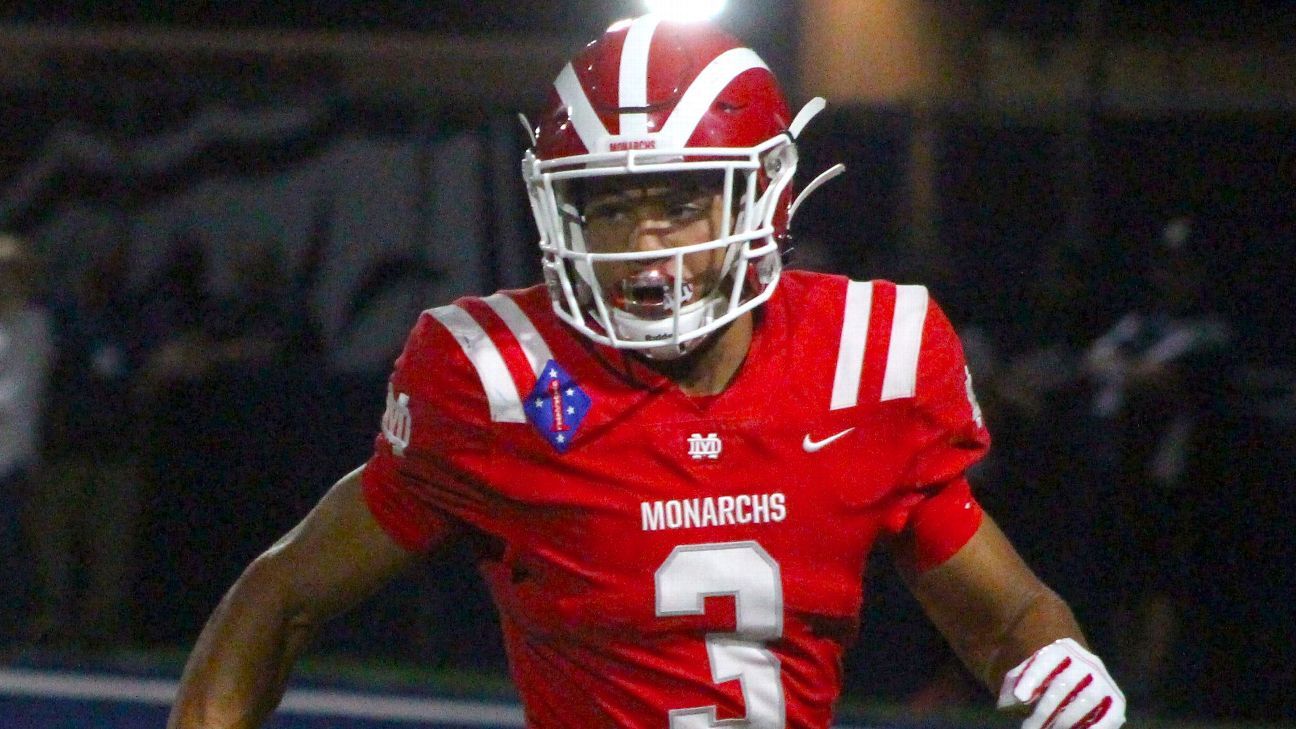 Jackson is the No. 5-ranked prospect in the 2022 class and the No. 1 prospect from California. He is a 6-foot-1, 190-pound cornerback from Mater Dei High School in Santa Ana, California, and gives USC the No. 1 in-state prospect two recruiting cycles in a row.

That might sound mundane, but coach Clay Helton and his staff finished the 2020 cycle with the No. 54-ranked recruiting class and only one ESPN 300 commitment in wide receiver Gary Bryant. California prospects were fleeing the state, including Bryce Young, the No. 1-ranked dual-threat quarterback in 2020 who flipped from USC to Alabama.

The Trojans staff, which added secondary coach Donte Williams in February 2020, made a concerted effort to take back the west and keep the local prospects at home.

Those efforts paid off in the 2021 cycle, as USC signed nine ESPN 300 recruits, including No. 1 in-state prospect and five-star defensive end Korey Foreman.

The Trojans still have a chance to land ESPN 300 linebacker Raesjon Davis. If Davis picks USC, it would give the school three commitments from the top four prospects in California.

Oklahoma sends No. 9 Kansas to first three-game losing streak since 2013

Green Bay Packers activate Tramon Williams, who could become first to play for two NFL teams in a postseason