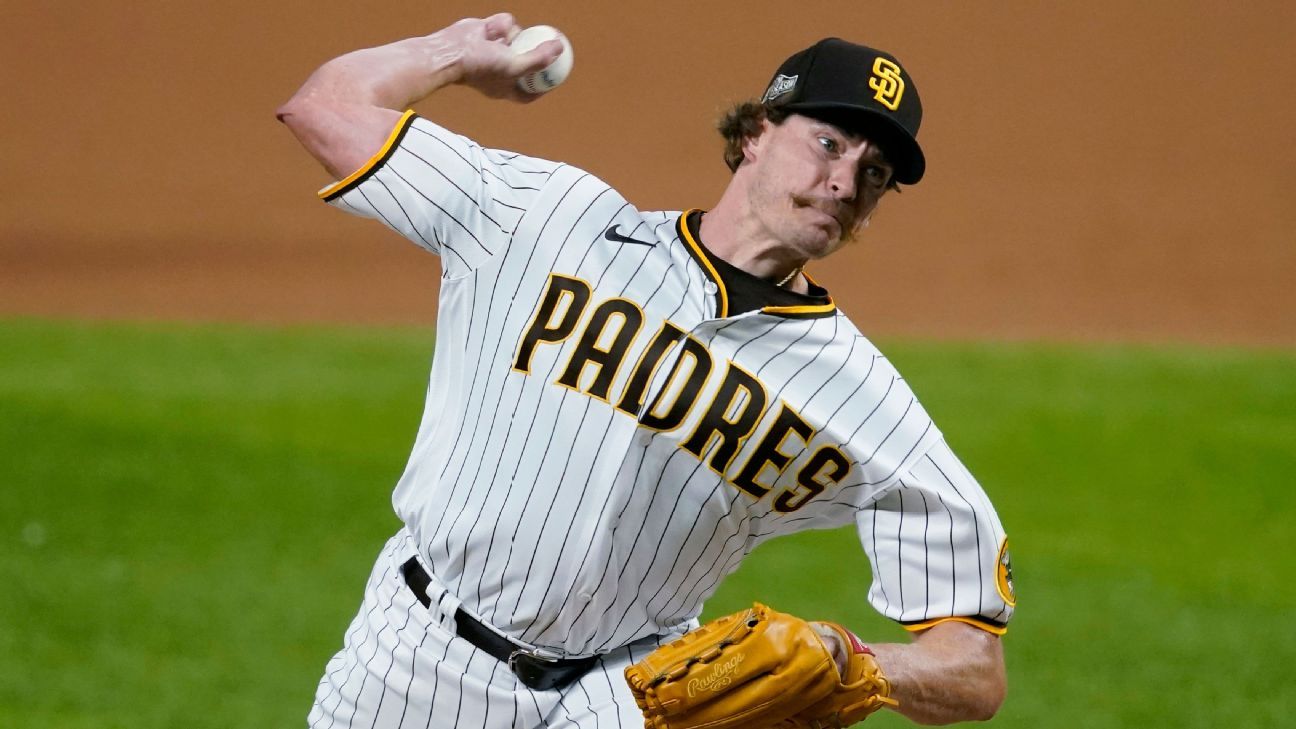 The deal is pending a physical.

Richards’ biggest success during the pandemic-shortened season was staying healthy. The veteran right-hander made 10 starts for the San Diego Padres in 2020, going 2-2 with a 4.03 ERA, 46 strikeouts and 17 walks. He was moved to the bullpen late in the season and during the playoffs.

The 32-year-old veteran fared much better against right-handed hitters (.589 OPS) than left-handers, who had an .853 OPS against him during the season.

Richards has had a long history of arm injuries. He had Tommy John surgery to repair his damaged ulnar collateral ligament after making 16 starts for the Los Angeles Angels in 2018, and he signed with the Padres after that season with the knowledge that he’d be rehabbing for most of the first year of his two-year, $15 million deal. He did get back on the mound for San Diego late in the 2019 season, posting an 8.31 ERA in 8 2/3 innings over three starts.

Another ACL injury, for which he had stem-cell and platelet-rich plasma treatment, limited Richards to just six starts in 2016, and he made only six starts in ’17 because of biceps irritation.

He also tore his left patellar tendon in 2014 while covering first base at Fenway Park, prematurely ending an upstart season