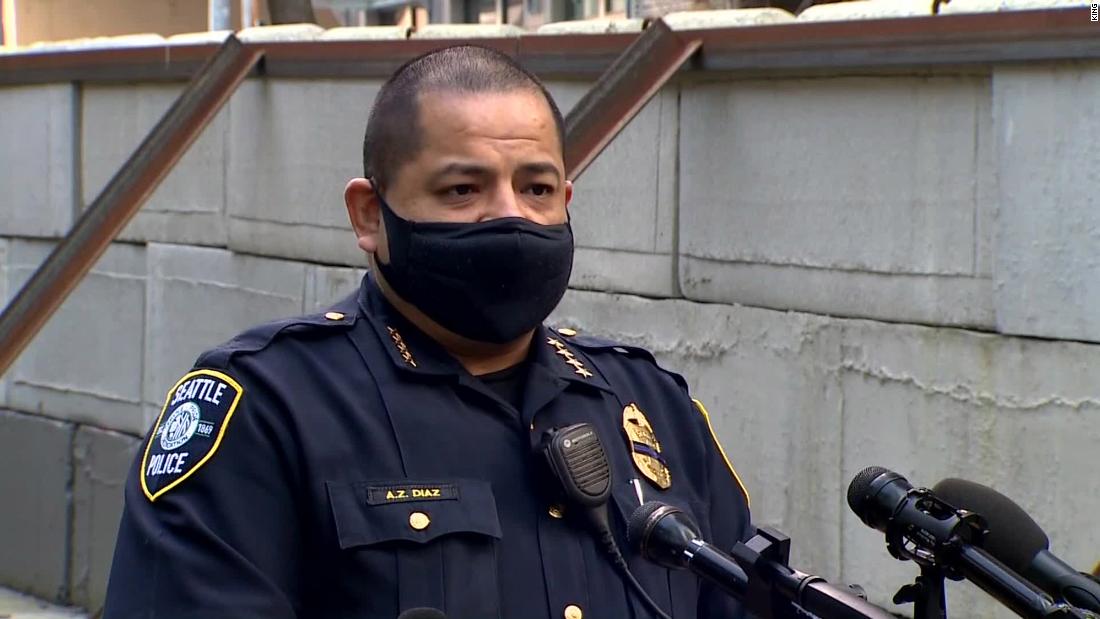 “The events of breaking windows at a variety of different locations with no meaning,” Diaz said. “There was no discussion about what they were fighting for, what type of social justice message. That cannot happen. That level of direct action cannot occur. And we are going to immediately address those issues.”

The chief added that he has “been in conversations” with Holmes who will now prosecute those cases.

The department posted photos on Twitter of “multiple windows” shattered at the William Kenzo Nakamura US Courthouse, used primarily by the 9th US Circuit Court of Appeals.
CNN affiliate KOMO reported the group burned an American flag and threw objects in the streets to block the path of motorists. Several vehicles were damaged before police ordered the group to disperse, KOMO reported.
Additional photos posted by police showed an Amazon Go store with shattered windows and spray-painted anarchy symbols and anti-Biden and anti-police graffiti, and broken windows at the original Starbucks location in Pike Place Market.

“You know when we don’t have any level of accountability for people, and many of them that are coming from outside the city, they will continue that destruction. And we cannot have it,” Diaz said. “We are going to make sure that we arrest those that are doing that damage or creating assaults that are occurring.”

In pictures: Tens of thousands gather for pro-Navalny protests

Rockhurst Univ students must be vaccinated by fall

The Atlanta Hawks are seemingly ahead of schedule and two…

Teofimo Lopez, Naoya Inoue, Jermall Charlo and so much more…