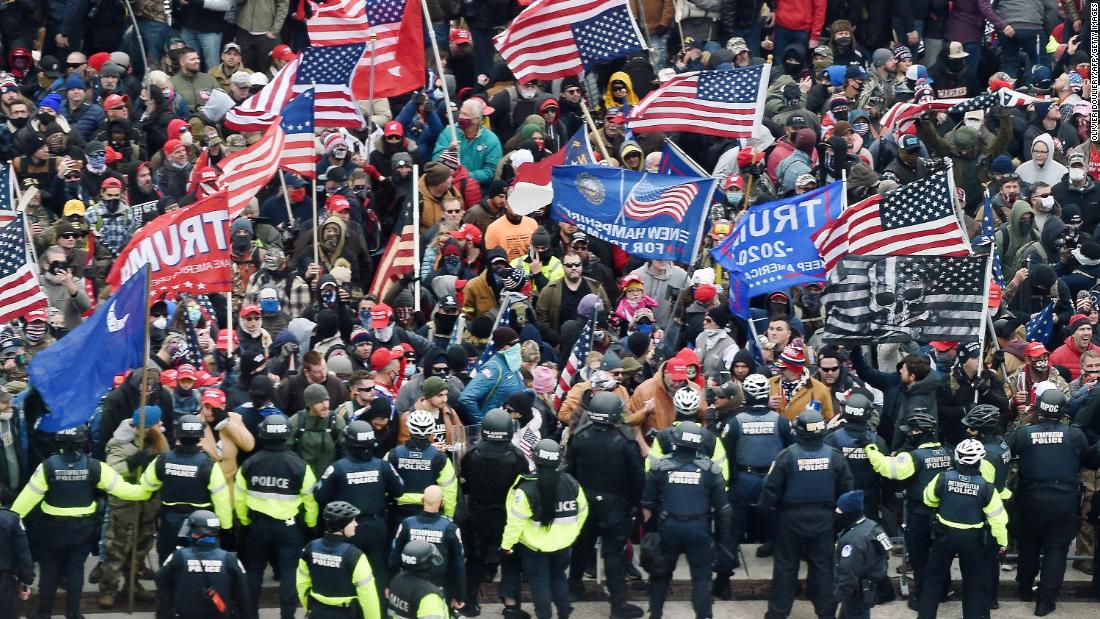 Kevin Strong of California was charged with three crimes related to the attack, including knowingly entering or remaining in any restricted building without lawful authority, and violent entry and disorderly conduct on Capitol grounds. He confessed to breaching the Capitol in an interview with investigators and was arrested on Friday, according to the Justice Department. Strong told law enforcement he hadn’t done any damage or attacked law enforcement, according to the affidavit.

Strong works for the Federal Aviation Administration and is a follower of the QAnon conspiracy movement, according to court documents. A day after the insurrection, an employee in the FAA’s internal investigation branch contacted the FBI and reported Strong to law enforcement.

Prosecutors say a tipster told the FBI that Strong has been “stockpiling items and telling others to get ready for martial law.” Based on that report, the FBI opened an investigation into Strong on December 30, according to the affidavit. The FBI says it searched Strong’s home on January 16 and seized two guns owned by Strong’s uncle and multiple digital devices, and that investigators found QAnon items during a search of his home.

Andrew Ericson of Oklahoma, 23, was charged with two misdemeanors related to the attack. Prosecutors say he live-streamed himself entering the Capitol, walking into House Speaker Nancy Pelosi’s office and taking “what appeared to be a beer out of a refrigerator in an office,” according to someone identified in court documents as “Witness 1,” who watched the footage and recognized Ericson from a previous professional relationship.

Investigators say they tracked down Ericson after Witness 1 watched his livestream on Snapchat and provided his name to the FBI. Ericson was arrested Friday, according to an FBI affidavit and the Justice Department.

Ericson was charged with unlawful entry on restricted buildings or grounds and violent entry and disorderly conduct on Capitol grounds.