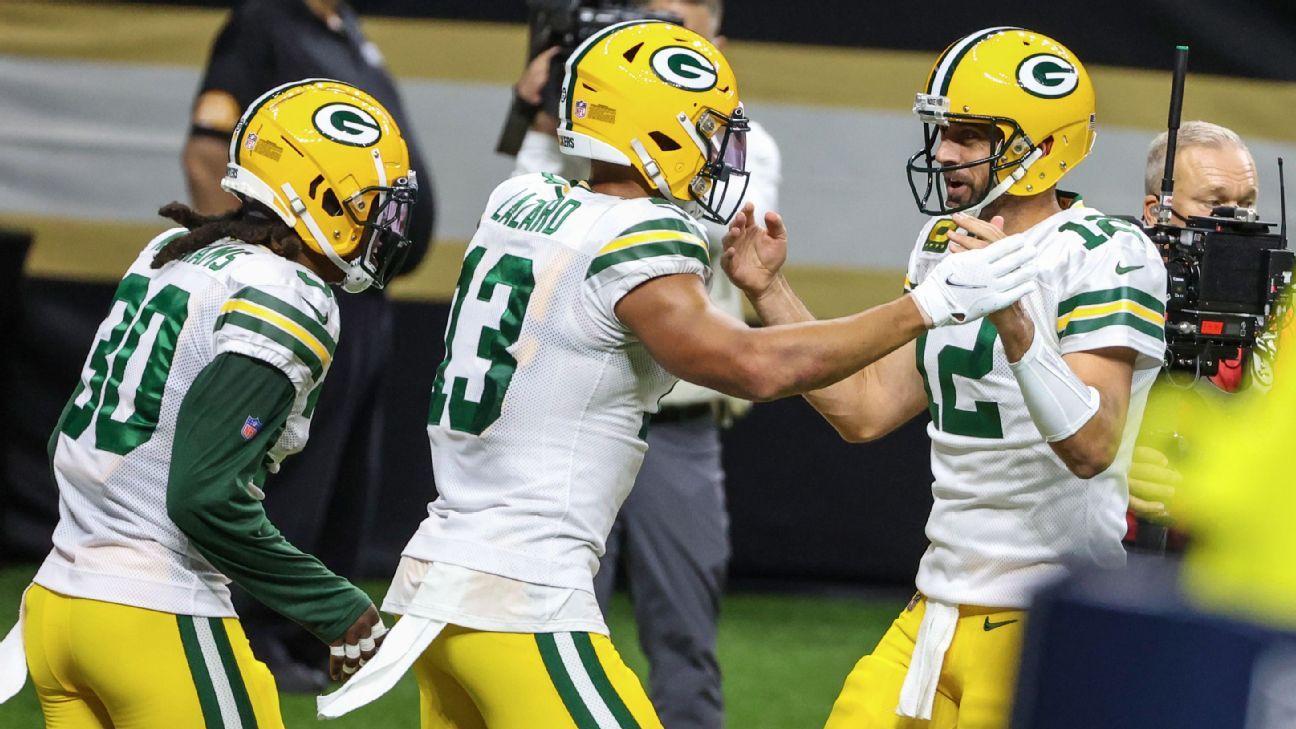 
GREEN BAY, Wis. — Ten years and 15 playoff starts ago, quarterback Aaron Rodgers was one of the young guys, part of the group of Green Bay Packers who wanted to help players like Charles Woodson get back to the Super Bowl or give guys like Chad Clifton and Donald Driver their first trip.

Clifton, Driver and Woodson were among the Packers’ thirtysomethings running out of time and opportunities.

Rodgers & Co. succeeded, and they all left as winners of Super Bowl XLV.

Rodgers tried again and again for Julius Peppers during his three-year run in Green Bay. Twice they reached the NFC Championship Game (2014 and 2016), and twice they came up a game short of the Super Bowl.

Now, it’s Rodgers, at 37 years old and with his possible replacement on the roster, who might be running out of chances to reach a second Super Bowl. If the Packers beat the Tampa Bay Buccaneers in Sunday’s NFC title game at Lambeau Field (3:05 p.m. ET, FOX), Rodgers would play in Super Bowls nine seasons part — the longest span between appearances by a starting quarterback in the game’s history. John Elway currently holds that distinction at seven seasons.

“We all want it equally for ourselves, which ends up getting Aaron one in the end, but he deserves it,” Packers receiver Davante Adams said this week. “It’s a tough thing. You look at [Tom] Brady and everybody wants to make that comparison forever, but it’s basically turned into a quarterback stat — Super Bowls.

“If that’s what it’s going to be, then we’re going to put as much as we can on ourselves to try to help him get there and, ultimately, relieve him of the Super Bowls being a thing that hinder him from being the GOAT. In my mind, he’s the GOAT, regardless of how many Super Bowl are won, [but] we can go out there and get one for him.”

Rodgers said recently he doesn’t want this playoff run to be a win-it-for-Rodgers mindset.

“Learning from those older guys, that’s never exactly what you want to say to them,” Rodgers said before the playoffs began. “You don’t want to say, ‘Hey, win this one for me.’ You don’t really approach things that way. I think for me personally as a young player, I wanted to win it for all those older guys — whether it’s D-Drive or C-Wood, Al [Harris], Cliffy, Tausch [Mark Tauscher] — we had a number of older players who hadn’t won one yet.”

Still, that sentiment is at least detectable.

“I think it’s implied,” Packers tight end Marcedes Lewis said this week. “I don’t think they have to say it.”

Especially from a player like second-year receiver Allen Lazard. Rodgers stumped for Lazard to work with the starters in training camp two summers ago, noticing Lazard was dominating in drills with the third- and fourth-stringers. Now that he has become Rodgers’ No. 2 receiver, Lazard would love to pay him back with a Super Bowl.

“It means everything to me right now, to be in this position that I’ve been in,” Lazard said. “Just talking about the past two years and how much I’ve grown personally on and off the field. Just to be able to have him say those words to me and then those words coming to fruition for me to lead the threes and fours to work my way up to the ones and twos. I’m in the huddle with him. I’m starting games, and he’s counting on me in certain situations.”

Lewis also could be in the “win-it-for-him” category. At age 36 and in his 15th season, he’s never been to the NFL’s final game of the season. He’s become an emotional leader for the Packers and an inspiration to the younger generation in the locker room.

He offered a glimpse at what his pregame message will be when he called Sunday a “legacy game” and added “nobody is ever going to remember this championship game if we don’t get to the Super Bowl.”

“They understand the magnitude of the game,” Lewis said. “They know how much that we put into this thing, and I think that’s what’s been the biggest change this year is like, we have our good core leaders and then we have the guys under us that follow that example.

“And so they understand what’s expected of them and then obviously lead the way as far as whether it’s watching film or how we go about our business in the facility to what we do on the field. They know how much it means.”