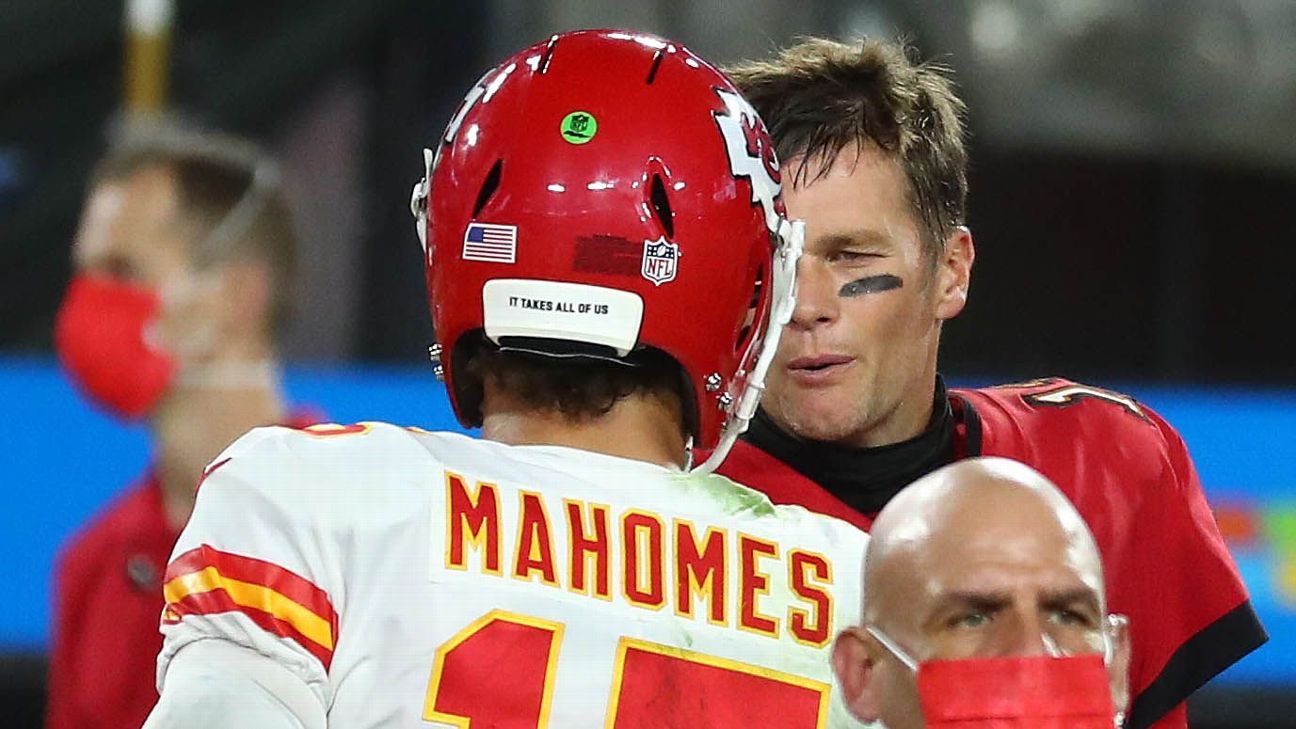 
The GOAT is a ‘dog in the Super Bowl.

The Kansas City Chiefs opened as consensus 3-point favorites over Tom Brady and the Tampa Bay Buccaneers in Super Bowl LV. The line was trending up Sunday night, with some sportsbooks moving to Kansas City -3.5.

Barring significant line movement, it will be only the second time Brady has been an underdog in his 10 Super Bowl appearances. In his Super Bowl debut, Brady and the Patriots were 14-point underdogs against the St. Louis Rams in 2002, a game New England won outright.

The Chiefs were 3.5-point favorites over the Buccaneers when the teams met in Tampa, Florida, during Week 12 of the regular season. Kansas City won 27-24. The rematch in the Super Bowl also will take place at Tampa’s Raymond James Stadium, but oddsmakers don’t expect there to be any home-field advantage for the Bucs.

Brady led Tampa Bay to the franchise’s second Super Bowl appearance by holding off the Green Bay Packers 31-26 on Sunday in the NFC Championship Game. At 43, he will be the oldest player ever to play in a Super Bowl. And he has some bookmakers in an expensive spot.

The Buccaneers winning the Super Bowl is the worst-case scenario for several sportsbooks. Early last year, Tampa Bay could be found at 50-1 to win the Super Bowl. Bets on the Bucs started increasing in March, when buzz about Brady leaving New England for Tampa Bay picked up. After Brady’s signing was official, the Bucs’ Super Bowl odds improved to around 16-1, and money continued to pour in on Tampa Bay at sportsbooks.

Entering the season, more money had been bet on the Buccaneers to win the Super Bowl than was bet on any other team at multiple sportsbooks. FanDuel’s liability on Tampa Bay, at that point, was four times greater than any other team.

The Chiefs eventually overtook the Bucs at the betting windows, attracting more bets and more money, but the sportsbooks’ liability on Tampa Bay didn’t dwindle much.

DraftKings’ Johnny Avello said his book is staring at a seven-figure loss on the futures market if the Buccaneers win the Super Bowl on Feb. 7.

“[The Bucs] are our worst result and have been all year,” Jason Scott, vice president of trading for BetMGM, told ESPN on Sunday.

The Chiefs, the defending champions, opened at 7-1 to win the Super Bowl last February at Caesars Sportsbook by William Hill and remained Super Bowl favorites throughout the season.

The Super Bowl over/under total opened at 57 at Caesars Sportsbook by William Hill.