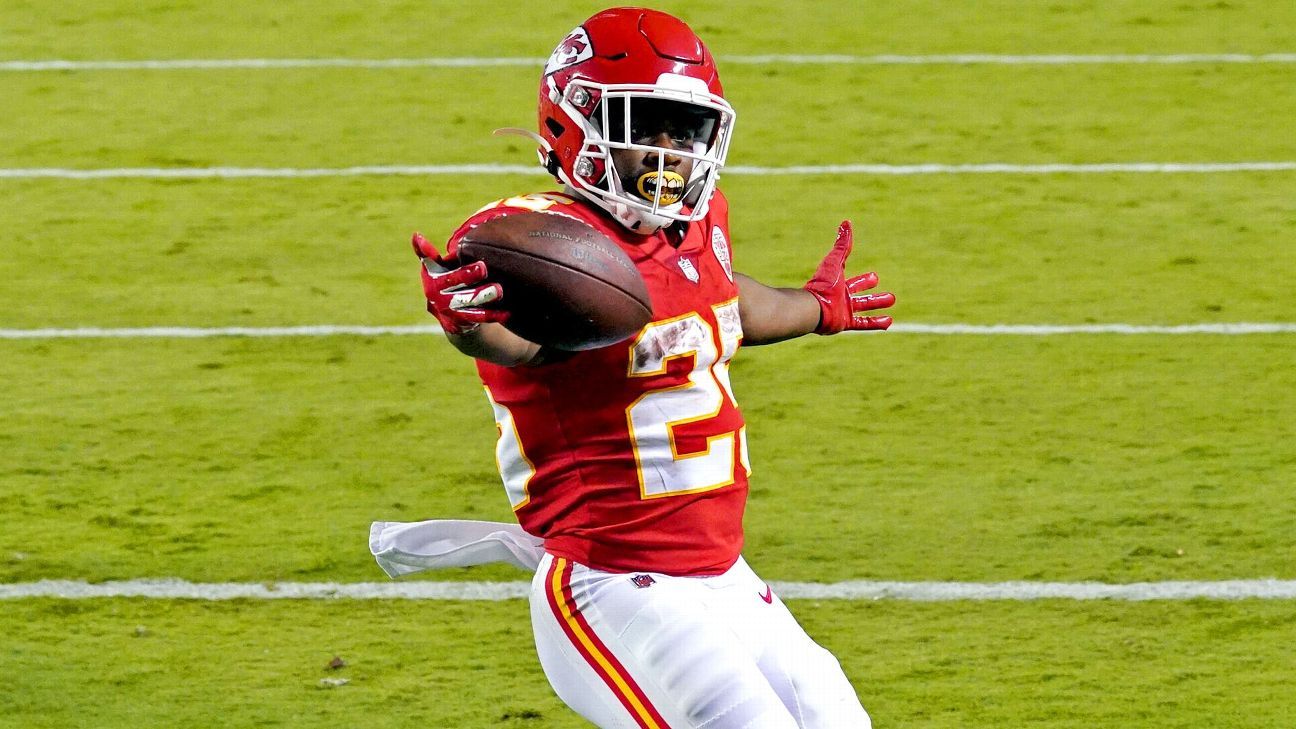 
The Kansas City Chiefs will likely have running back Clyde Edwards-Helaire but be without Le’Veon Bell for Sunday’s AFC Championship Game against the Buffalo Bills, a source told ESPN’s Adam Schefter.

Edwards-Helaire is listed as questionable due to ankle and hip injuries. The team is still unsure exactly how much he will be able to play; it will depend on how he feels pregame and, if active, in the game, the source said.

Edwards-Helaire hasn’t played since being injured in the Chiefs’ Week 15 win over the New Orleans Saints.

Bell, questionable with a knee injury, is unlikely to play, the source told Schefter. He had just two rushes for six yards in the Chiefs’ victory over the Cleveland Browns last week.

Wide receiver Sammy Watkins, questionable with a calf injury, is considered a long shot to play, the source said.

UFC 257: How to watch McGregor vs. Poirier 2, live updates and more