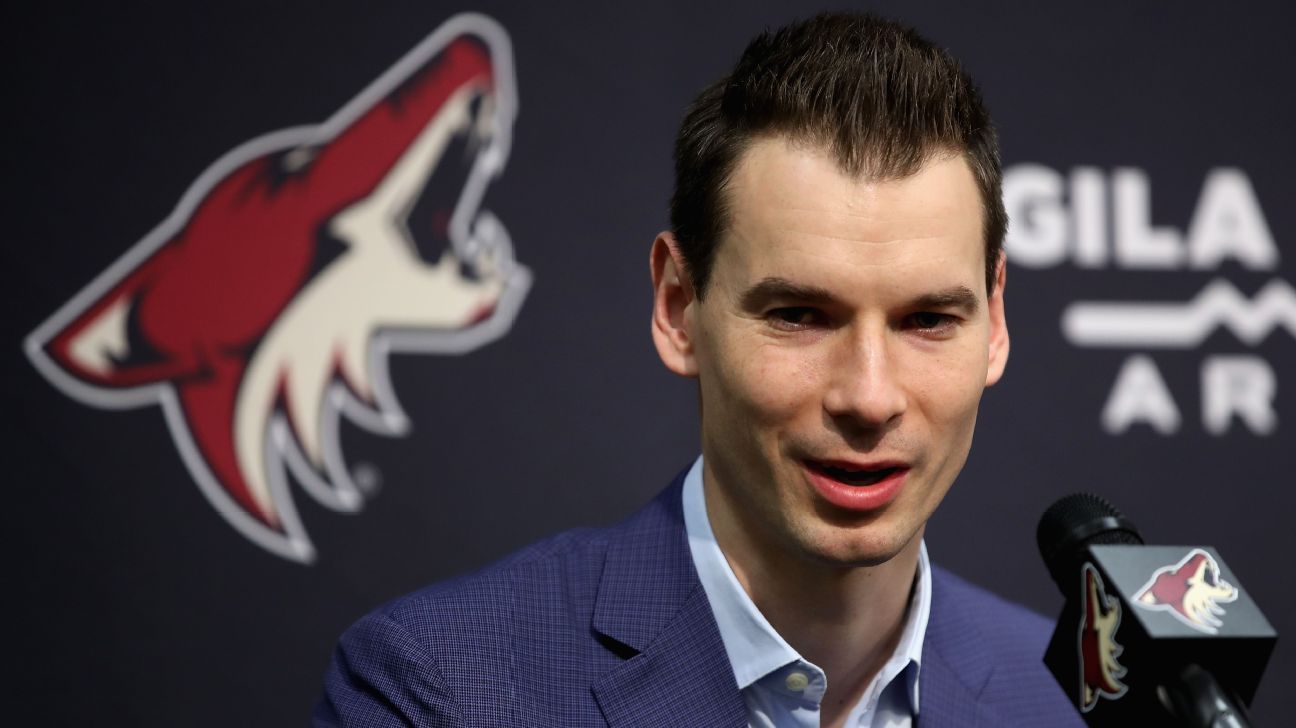 Commissioner Gary Bettman made the ruling Monday and circulated a memo to all teams that stated Chayka engaged in “conduct detrimental to the league and game.” Bettman’s ruling also said Chayka “breached his obligation to the club.”

The suspension is tied to Chayka’s pursuing other opportunities while under contract with the Coyotes and terminating his contract with three years remaining on it, a source said.

Chayka, 31, suddenly left the Coyotes in July, just before the playoffs. In a statement at the time, the team said: “The Club is disappointed in his actions and his timing as the Coyotes prepare to enter the NHL’s hub city of Edmonton, where the team will begin postseason play for the first time since 2012. Chayka has chosen to quit on a strong and competitive team, a dedicated staff, and the Arizona Coyotes fans, the greatest fans in the NHL.”

In his own statement in July, Chayka wrote, “I love our players, coaches, staff and fans and I very much wish I could be with the team in Edmonton. Sadly, the situation created by ownership made that an impossibility.”

According to sources, the suspension — which prevents him from working for any NHL club, in any capacity — is unrelated to sanctions the league levied on the Coyotes in August. The team was stripped of its 2020 second-round pick and 2021 first-round pick for violating the scouting combine policy of conducting physical testing of draft-eligible players, which occurred under Chayka’s watch.

Chayka was hired by Arizona in 2016 at age 26, becoming the league’s youngest general manager.

There has been significant turnover on the Coyotes’ executive staff recently. Bill Armstrong, formerly the assistant general manager in St. Louis, was hired to replace Chayka. Xavier Gutierrez was hired as president and CEO in June. And this month, the club announced franchise legend Shane Doan was rejoining the organization as chief hockey development officer.