5,000 National Guard troops will remain in Washington, DC, into March 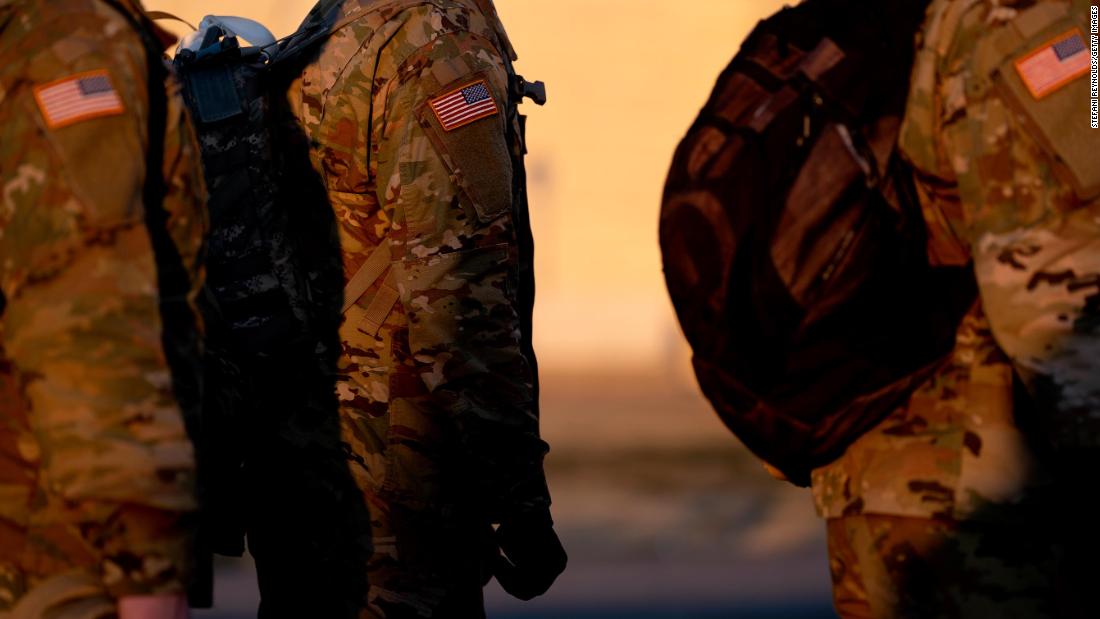 There are currently 15,000 troops in the city with the numbers due to be reduced to 7,000 by the end of the week and 5,600 by mid-March, according to National Guard Bureau Chief Gen. Daniel Hokanson.

“There are several upcoming events — we don’t know what they are — over the next several weeks, and they’re concerned that there could be situations where there are lawful protests, First Amendment-protected protests, that could either be used by malicious actors, or other problems that could emerge,” Whitley said.

As CNN previously reported, 25,000 National Guard troops were brought to Washington to help secure the city through President Joe Biden’s inauguration following the deadly riot at the US Capitol earlier in the month. And discussions had been taking place to keep thousands of troops in the district until March because of concerns about potential unrest during the upcoming impeachment trial of former President Donald Trump and around Biden’s first joint address to Congress.

The concerns stem from what defense officials say is ongoing chatter about demonstrations picked up by federal law enforcement. On Thursday, Washington Mayor Muriel Bowser referenced “intelligence from our federal partners that would suggest that we need more presence,” but she did not elaborate.

It was also confirmed Monday that there has been a coronavirus outbreak among the National Guard troops in the city.

“Once we send a soldier or airman to a facility for a test, they come up positive, they are quarantined, and they remain here until they are cleared to go back to their state,” Walker said.

Hokanson said each guardsman who has tested positive for Covid-19 will quarantine for 14 days in order to make sure they are fully recovered before they return home.

CNN’s Michael Conte and Barbara Starr contributed to this report.